A post published on the Chinese blog Feng.com back in June claimed that Apple’s upcoming ‘iPhone 6s’ and ‘iPhone 6s Plus’ smartphones would be gaining a resolution bump, though that report has yet to be corroborated by other more reliable sources.

Be that as it may, this morning some purported specifications for the upcoming iPhones were shared on the microblogging website Weibo and spotted by Feng, suggesting the iPhone 6s and iPhone 6s Plus will feature increased Retina HD screen resolutions with approximately 25 percent more pixels.

According to the blurry image of Apple’s alleged spec sheets, the 4.7-inch iPhone 6s and 5.5-inch iPhone 6s Plus should feature the following resolutions:

By comparison, the current iPhones sport these resolutions:

Now, before you dismiss the report arguing that these new resolutions don’t make much sense, you must consider the fact that the present-generation iPhones actually render everything in these sizes before scaling the canvas down to the actual device resolution.

For instance, my iPhone 6 Plus already renders everything in 2,208 × 1242 pixels that the iPhone 6s Plus screen is supposed to feature. The GPU inside the device works in tandem with iOS to automatically scale down the 2,208 × 1242 canvas to the phone’s native full HD resolution of 1,920 x 1,080 pixels.

You can easily confirm this by taking a screenshot of your Home screen or apps (just press the power and Home button simultaneously. Then, transfer the screenshot to your computer, open it in an image editing program like Pixelmator and check its resolution. 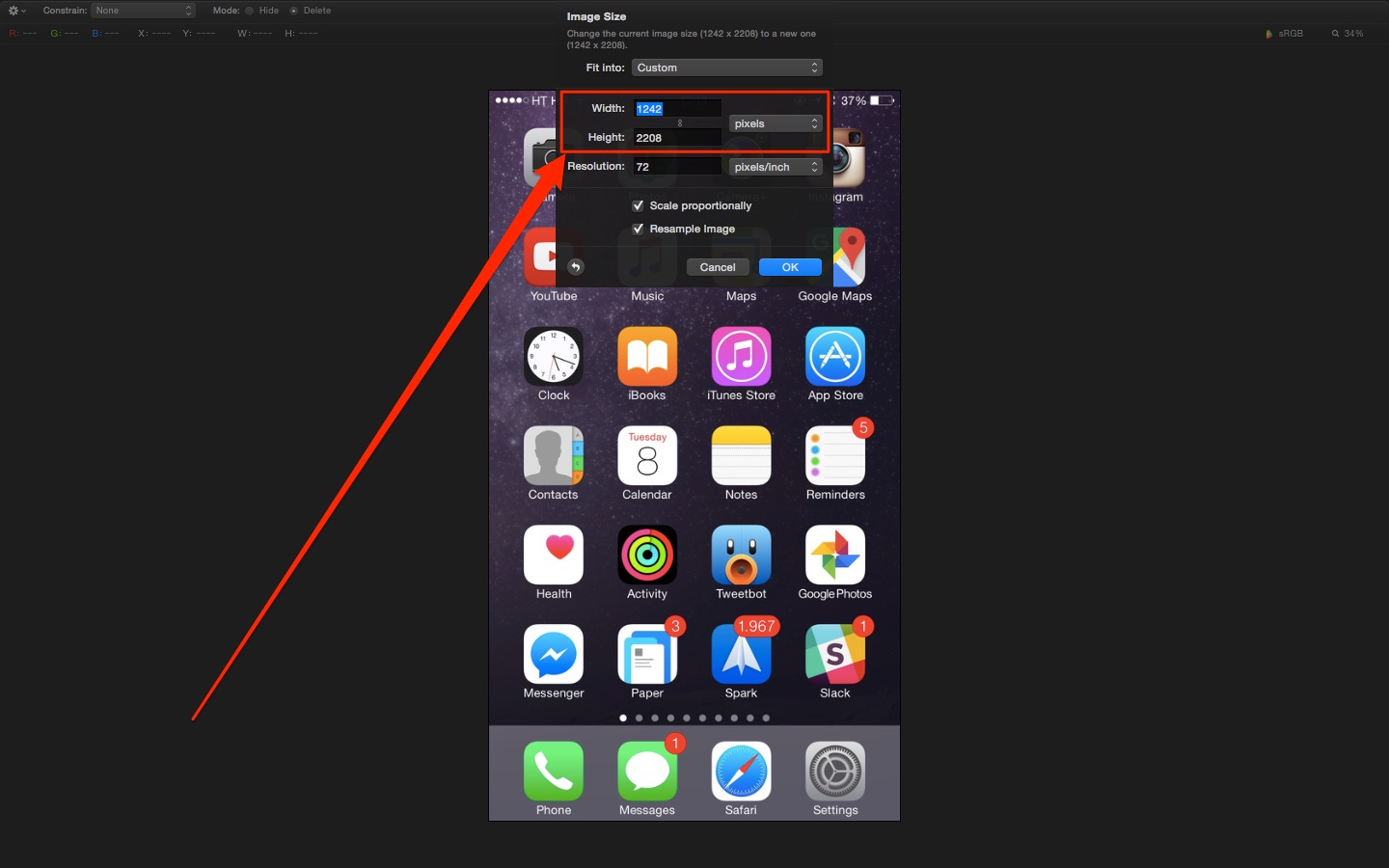 Assuming this rumor is true, Apple was probably planning all along to increase the resolution of the iPhone 6s and iPhone 6s Plus so they’ve laid the groundwork for that by forcing the current phones to render everything in next-gen iPhones’ native resolutions.

Either way, that would be a smart move on Apple’s part

For starters, existing iPhone 6/6 Plus-optimized apps already render everything in these higher resolutions so they should automatically look sharper and allow more content on the upcoming iPhones.

Keep in mind that the iPhone 6s and iPhone 6s Plus screen sizes are not expected to change. But with 25 percent more pixels, the pixel density will in fact increase so images will look sharper than on the current iPhone 6 and iPhone 6 Plus screens, which Apple markets under the “Retina HD” moniker.

Last but not least, assuming the new phones won’t use resolution downscaling due to increased display resolution, graphics should be considerably faster and less taking on the battery—without even taking into account a faster A9 chip said to power these devices.

Source: Feng.com via iPhone in Canada