The IFA trade show in Berlin is well under way, and Huawei, Chinese OEM of Android smartphones, just announced its Mate S—a new smartphone with Force Touch-esque technology incorporated into the screen. Of course, Huawei isn’t officially calling it “Force Touch” in its press materials, but it is doing so via hashtags in tweets from its official Twitter account.

During its press event, Huawei took the opportunity to show off its new force-sensing screen weighing an orange by placing the piece of fruit on top of the Mate S’ screen. I have to admit, that’s kind of cool, but it also seems a bit odd at the same time. 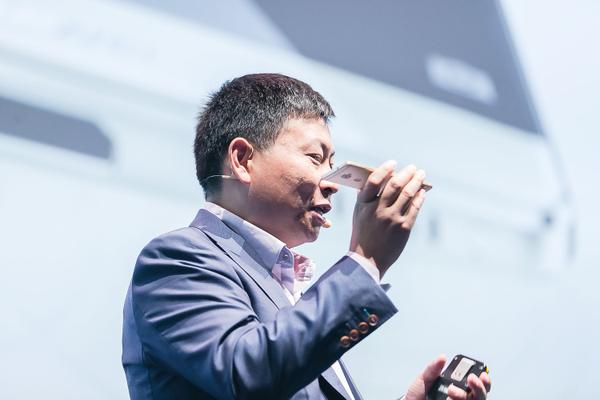 Here’s what Huawei had to say about the new touch input feature in its press release:

“Our goal in designing the Huawei Mate S was to develop a smartphone that offers a personalized experience, rather than a commoditized one,” said Richard Yu, CEO of Huawei Consumer BG. “The Huawei Mate S is based on insights we gathered about human interaction – most notably that touch is a natural action we take to understand our world. The Huawei Mate S redefines how we incorporate touch technology into our smartphones, breaking through the conventional way of touch screen control and ushering in new imagination for human-machine interaction.”

That press statement doesn’t really say much, but to be fair, Huawei did show off some of the phone’s features on stage in Berlin.

Along with the Force Touch-like screen, buyers can expect a large 5.5″ 1080p screen, a 13 Megapixel shooter, 3GB of RAM, 32GB of on board flash storage, and two SIM slots. The Mate S also features an all metal design with chamfered edges and a slim profile.

I guess its as only a matter of time before other phone manufactures jumped on the pressure-sensitive screen boat, and to be honest, details are still relatively scarce as to how well the pressure-sensitive screen will work with software. We do know that by applying pressure to the screen you can zoom into photos or open apps. We also know, as demonstrated with the aforementioned orange bit, that the Mate S will work as a mobile scale.

However the final product ends up turning out, this is good press for Huawei. Although Force Touch technology already exists in current products that Apple ships, such as the Apple Watch, Huawei was able to beat Apple to the punch of sorts by announcing a smart phone with a pressure-sensitive screen before next week’s Apple event.

Of course, one could make the argument that the universally panned BlackBerry Storm of yesteryear did it first, but that wasn’t the same technology, as it relied on a simple click of the screen instead of true pressure sensitivity.

Details are still scarce as to how many countries will actually land the pressure-sensitive version of Huawei’s Mate S. As far as price goes, we’ve heard that the Mate S will start at €650 (about $730USD). Personally, I’d love to get my hands on a Mate-S and do a comparison with the iPhone 6s, which has been long-rumored to receive Force Touch technology.

What do you think about Huawei’s move? Do you think we’ll see more Android OEM’s dip their toes in the pressure-sensitive waters?