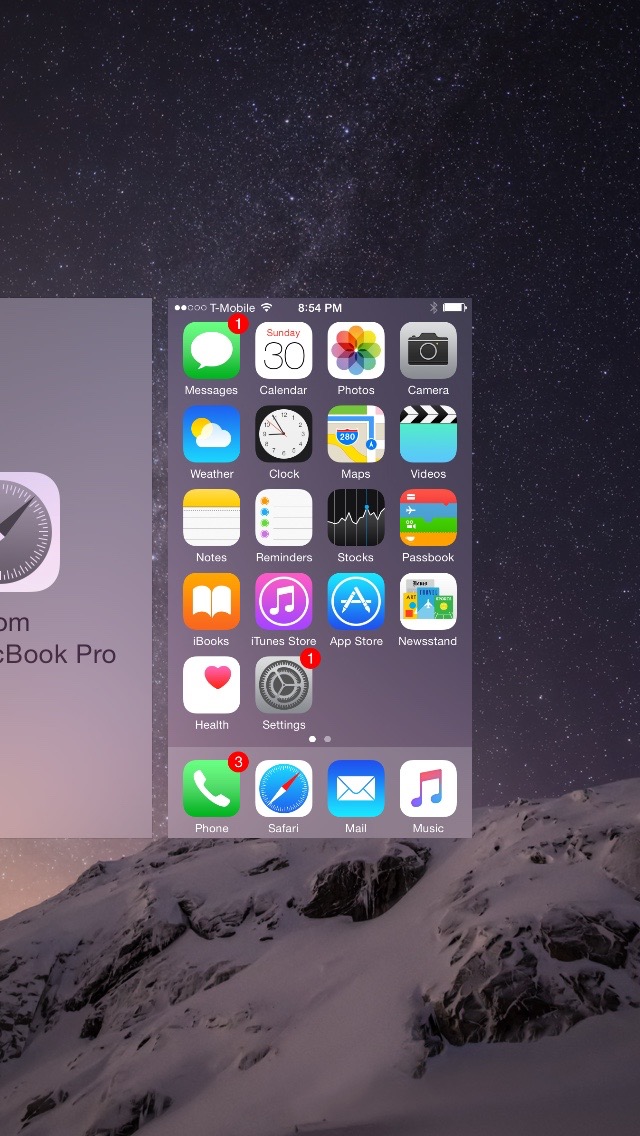 Ryan Petrich’s SmartClose, a popular tweak that takes backgrounded apps and places them immediately into a deep sleep state, has finally been updated for iOS 8. Due to the tweak’s usefulness in terms of battery life and system resource preservation, many of you have been clamoring for a SmartClose update ever since the iOS 8 jailbreak was released.

What makes this tweak so beloved and effective? How does it work? Check out the post for all of the details. 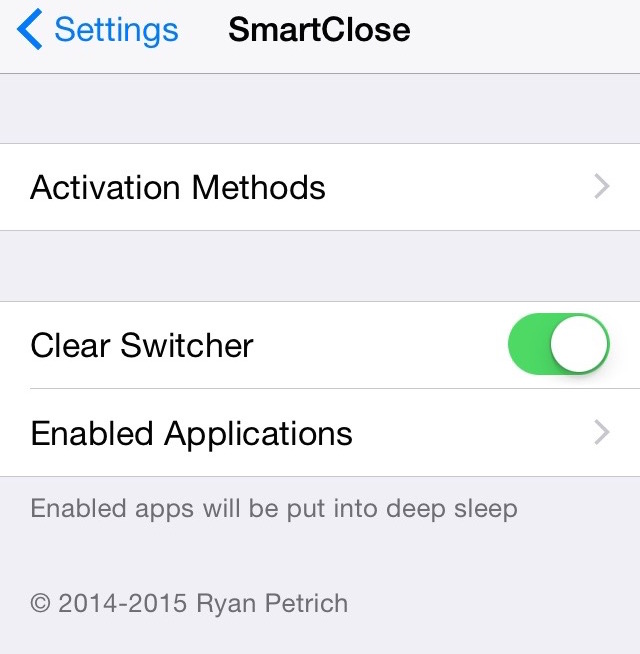 First and foremost, you can find SmartClose on Cydia’s BigBoss repo. It’s available as a free download, so even if you don’t happen to like it, there’s absolutely no risk in taking it for a spin.

Once you download and install SmartClose, you’ll find a preference panel for the tweak in the stock Settings app. Inside of SmartClose’s preferences, you’ll notice an Activator Methods section, a Clear Switcher toggle, and an Enabled Applications section.

By default all apps are enabled, and the Clear Switcher toggle is set to on. When you invoke SmartClose by means of the Activator action, it will “close” all of the enabled applications by placing them in a state of deep sleep. While in this deep sleep mode, apps stay resident in memory, but are no longer allowed to use any CPU, GPU, or network resources. 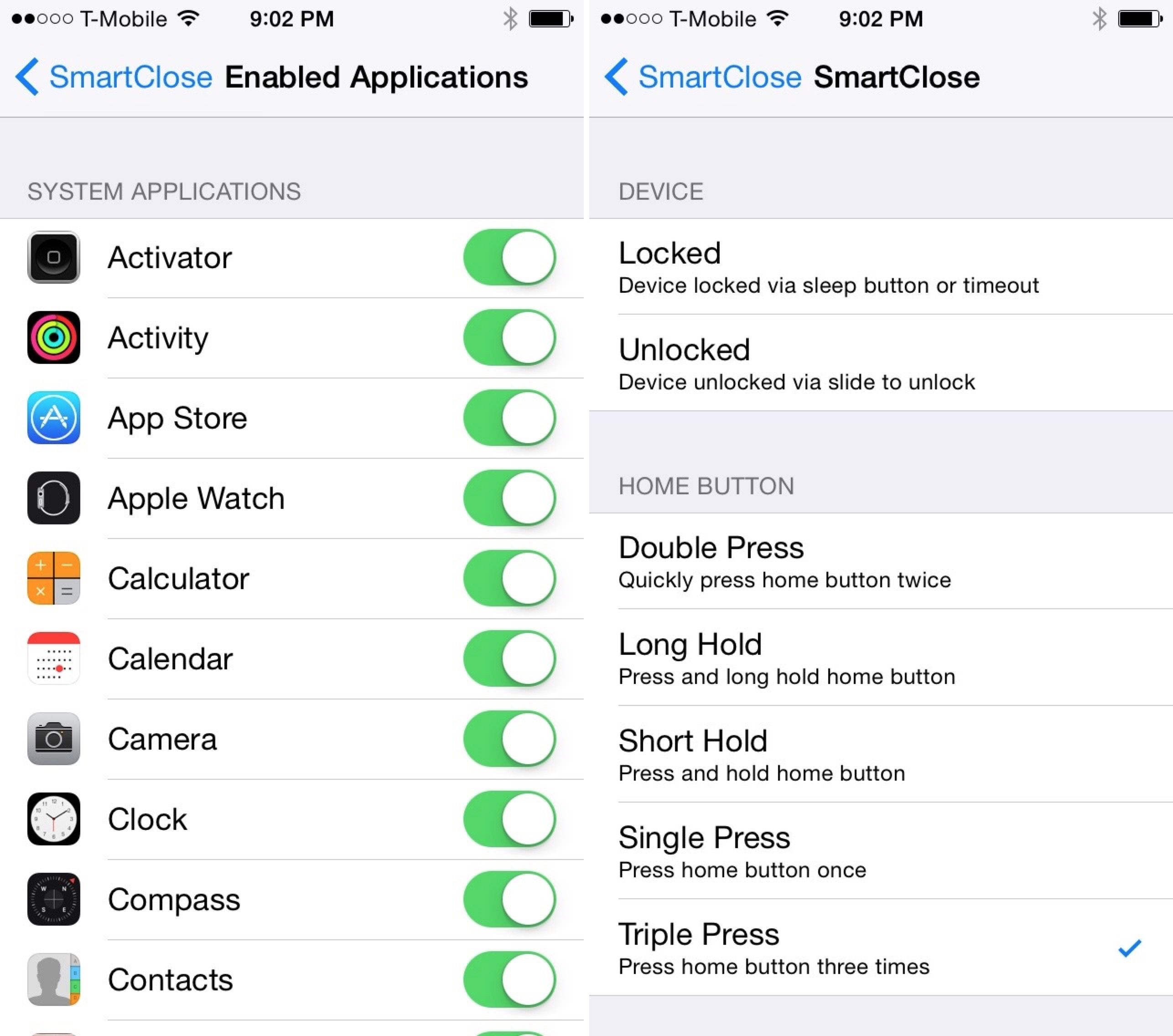 Because all of the “closed” apps stay resident in memory, they start up quickly when re-launching them, and they start right where you left off. This is highly superior to force closing an app via the App Switcher, because the app doesn’t need to perform a complete reload, which can be system resource intensive and can actually cause worse battery life.

SmartClose really is smart, because it brings about a best-of-both-worlds-scenario. Apps are no longer using up system resources, but they’re also quick to restart because they remain resident in memory.

And for those moments where you’re running low on memory? Since apps are in a deep freeze state, iOS can immediately kill those apps to free up needed RAM if necessary.

To make a long story short, you shouldn’t generally be killing your apps by force closing them. SmartClose lets you stop apps from hogging system resources while remaining resident in memory. This is, in my opinion, one of the best ways to go about “closing” apps.

Have you used SmartClose? If so, are you a fan?