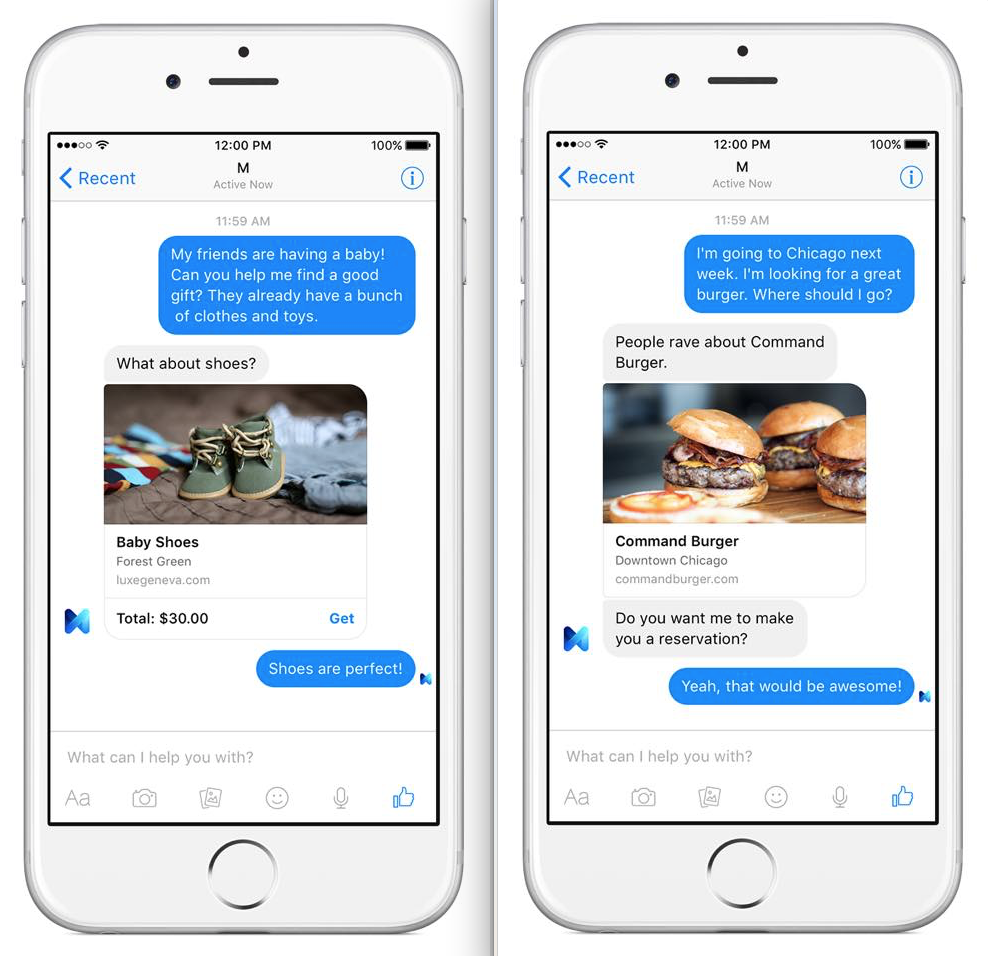 Facebook on Wednesday began testing a new digital assistant feature called ‘M.’ As explained by Facebook Messenger lead David Marcus, the feature, which lives inside Messenger, is powered by artificial intelligence that can complete tasks and find information on a user’s behalf.

The artificial intelligence is both trained and supervised by real live humans, and unlike other AI-based services available today, it can do things like purchase items and deliver gifts. Of course it can handle normal chores too, such as booking restaurants and logging appointments.

“This is early in the journey to build M into an at-scale service,” Marcus said in a blog post this morning. “But it’s an exciting step towards enabling people on Messenger to get things done across a variety of things, so they can get more time to focus on what’s important in their lives.”

Facebook’s Messenger team has been evolving the platform at an incredible rate since it was spun into a standalone app last year. It’s added a full peer-to-peer payments feature, free VoIP and video calling, and opened the door for third party applications by releasing a developer API.

That being said, it’ll likely be a long time before M is available to the public. Facebook is just now beginning the test phase, and launching something as complicated as a digital assistant is very difficult to do at scale. Just ask Apple and Google, who have been working on theirs for years.