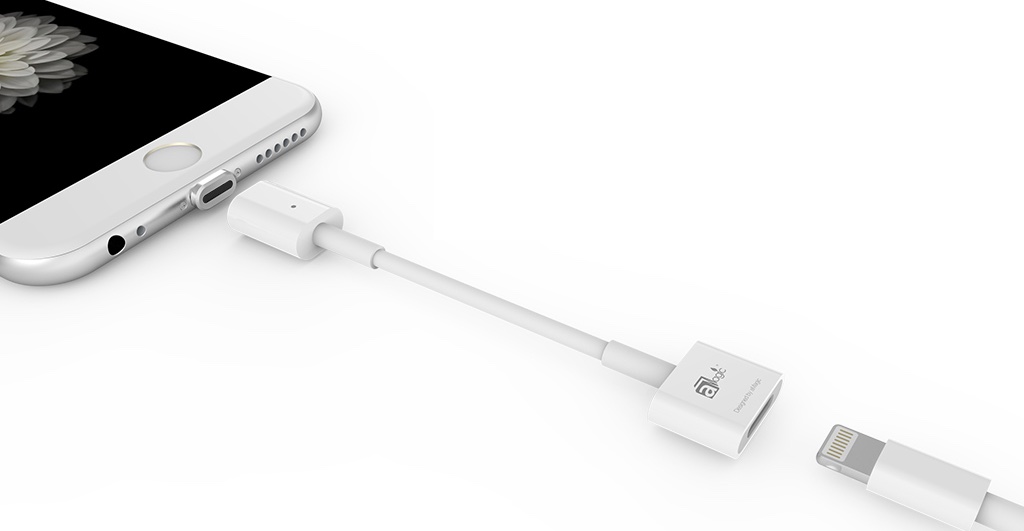 If the 12-inch MacBook is indicative of Apple’s future plans, the popular MagSafe adapter is on its way out as USB-C comes into full view.

Sadly, USB-C is plagued with a major drawback: the standard doesn’t use Apple’s proprietary MagSafe charging method which employs magnets to ensure your notebook doesn’t fly off a desk or wiggle the pins when you trip on the cord.

With MagSafe’s future hanging in the balance, a company called aMagic Ltd. set out to replicate the MagSafe charging experience on Lightning-enabled iPhone, iPod touch and iPad devices.

Not only is the MagCable a charging cable that uses magnets to help you charge a smartphone without distressing about fraying or snapping off of the cord, it also transfer data and charges your mobile devices twice as fast with up to 2400mA.

The adapter is just 14.9mm and uses Neodymium iron magnet.

It has a dual-side LED light indicating your device is being charged and another physical button to turn on and off the fast-charging feature which, for those asking, honors your device’s factory-designated maximum charging speed.

Actually, the fast-charging button also switches between fast-charging and data sync, without having to swap cables. In fast-charging mode, smaller-sized phones receive up to 0.9A and larger-screened ones get up to 1.5A of power. 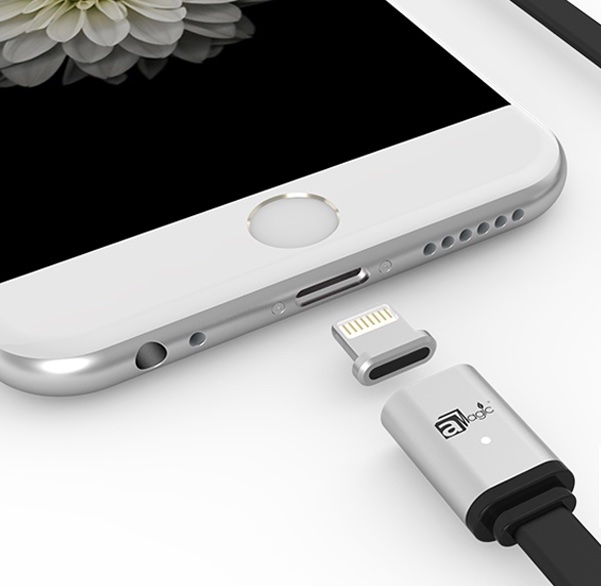 Unlike some other cables, the MagCable is reversible and supports both fast-charging and data sync in either orientation. Here’s a video showing a working prototype of the MagCable with full functionality.

Upon inserting the tiny adapter into your iPhone’s Lightning port, hook up the included double-sided USB or Lightning plug into your device. With one side of the plug inserted into your iPhone, connect the Lightning charging cable that came with your iPhone into the other side and you’re good to go.

Crafted from the high quality copper materials, the MagCable is ‘Made for iPhone’-certified. The accessory is reversible, dust and waterproof, environmentally friendly and optimized for both Micro-USB and Lightning devices from Apple and other vendors.

In fact, the MagSafe can charge a wide range of devices such as smartphones, tablets, digital cameras, camcorders, external battery packs and much more.

They have launched a Kickstarter campaign which will last until September 21.

There are already more than 500 early-bird backers, with pledges starting out as low as $1 and going all the way up to $1,399 or more.

There are 3 models of MagCable to choose from:

Models 1 and 2 ship with adapters optimized for Micro-USB (Android) and Lightning (Apple) devices, respectively. Model 3 is for Apple users who already own a 1-meter Lightning cable.

The first hundred donors who share the campaign will be entered into a contest for a free iPhone 6s and a second MagCable.