Most people will agree that iTunes for Mac and Windows is a hot mess. Indeed, the app has long been ripe for a thorough change from top to bottom and inside out, if not a complete reboot.

The reasoning is simple: after more than fourteen years of adding one layer of code atop another and cramming every little feature it could possibly think of into iTunes, Apple has made the app bloated and painfully frustrating to use.

At some point during its development, iTunes has become inundated with various user interface inconsistencies. The most recent version with poorly implemented Apple Music has only made things worse.

Now, some have suggested that Apple break up this resource hog of an app into highly focused apps, each dedicated to managing and syncing their own media type. As someone who belongs to that camp, I’ve put together an opinion piece listing six solid arguments why breaking up iTunes into smaller apps might just make sense.

The basic premise behind the post is that Apple should split up iTunes into specialized apps.

We already have one for electronic books, iBooks for Mac, and it comes with an embedded iBooks Store. Who’s to say there shouldn’t be similar Mac apps for other iTunes sections such as Podcasts, Music, Videos, iTunes U content and so forth? How about a lightweight app focused on browsing, downloading and syncing of mobile applications with iOS devices?

If Apple broke up iTunes into individual apps like it’s done on iOS, both its engineers and users would be able to reap the following benefits:

Instead of managing millions upon millions lines of code, splitting up iTunes into highly focused apps written from scratch would simplify overall software development and maintenance while help maintain the stability and reliability of these lightweight apps over a long arc of time.

Adding a mundane feature to a beast that is iTunes is no trivial task due to code dependencies and bugs that have crept in over the years. Contrast this with adding a feature to a highly specialized app like Videos: not only would feature roll-out be faster with dedicated apps but lead to fewer software issues versus continuing to cram additional functionality into iTunes. 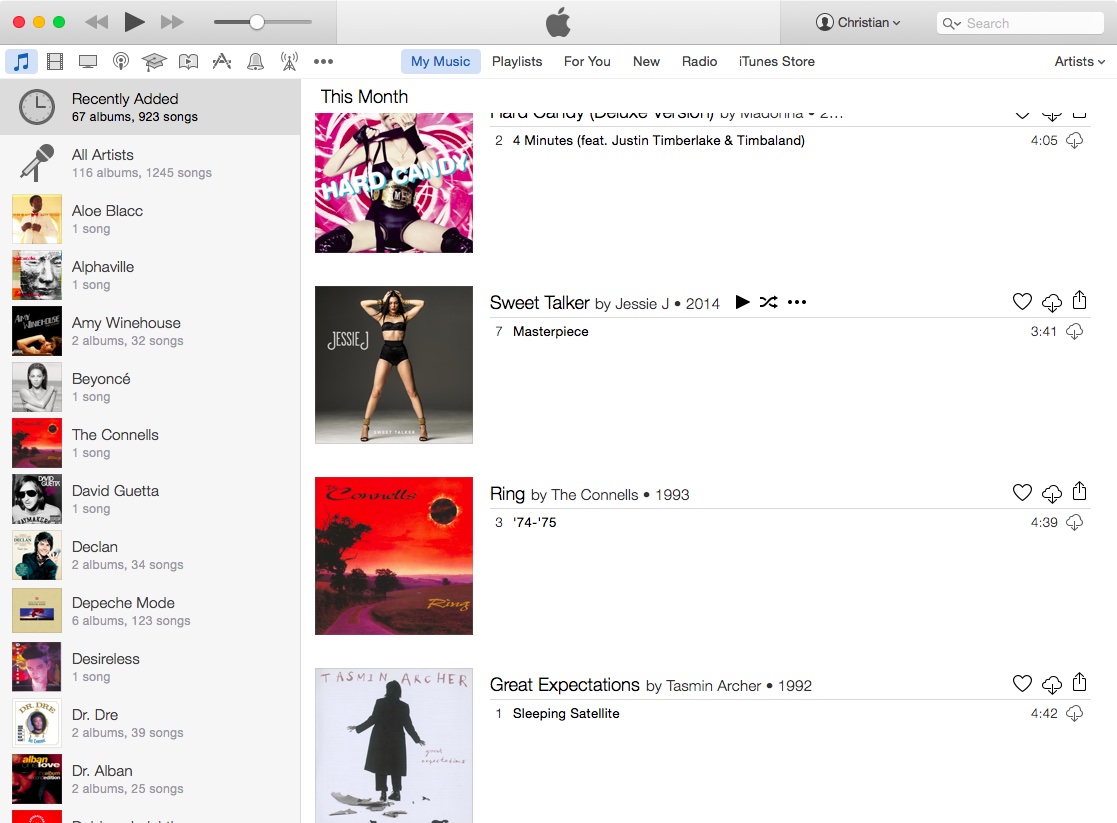 Would anyone in their right mind say that iBooks for Mac is more complicated to use than iTunes? Of course it’s not! Focused experiences are great for average users. Imagine there was a dedicated Podcasts for Mac app.

Wouldn’t people be more likely to use a simplified Podcasts app than the confusing Podcasts interface in iTunes, especially those coming from the world of iOS devices? In this regard, lightweight apps could go a long way toward bringing the simplicity of iOS to desktop iTunes.

The fact that even on modern hardware iTunes isn’t exactly a speed demon speaks for itself. The lagginess of iTunes is of particular concern to those who have painstakingly amassed huge libraries over the years with hundreds of movies, thousands of apps and tens of thousands of songs. Splitting iTunes into lightweight apps would solve the lagginess and responsiveness problems that people have been complaining about for years now.

5. iTunes library in the Cloud

We already have the iCloud Photo Library and iCloud Music Library.

Isn’t it high time a full cloud-based backup of users’ iTunes libraries got implemented? And what better way of achieving this than reimagining iTunes as separate apps? Cloud libraries would ensure we wouldn’t lose the ratings, tags and other metadata should the local library file get corrupt.

More to the point, storing full iTunes libraries into the cloud could make it easier for other apps to share and update stuff like your ratings, custom artworks, song count and so forth. Last but not least, cloud libraries might help solve the age-old problem of accessing your iTunes content stored on a shared volume by multiple Macs at once.

This would be the perfect opportunity to rethink the whole iOS device syncing process from scratch. Currently, an iOS device can be synced with only one iTunes library at a time. I don’t know if there’s a justifiable technical reason for this, but iTunes shouldn’t really prompt me to delete existing photos on my iPhone 6 Plus before adding a few new ones.

Same goes for music, or movies or TV shows.

Not only should Apple simplify the iOS device syncing process further, but share this code among dedicated iTunes apps so each could sync its own content with iOS hardware. And please, let us sync our iPhones, iPod touches and iPads with multiple iTunes libraries without wiping out what’s already stored on them.

We want to hear your thoughts on the topic of splitting iTunes up into lightweight apps.

Would dedicated apps improve iTunes’ media experiences and open a world of possibilities, do you think? Die-hards say Apple should just let iTunes chug along and others propose rewriting the app from the dirt but without breaking it up into dedicated apps.

Which camp do you belong to?

Share your observations and analysis with fellow readers down in the comments.