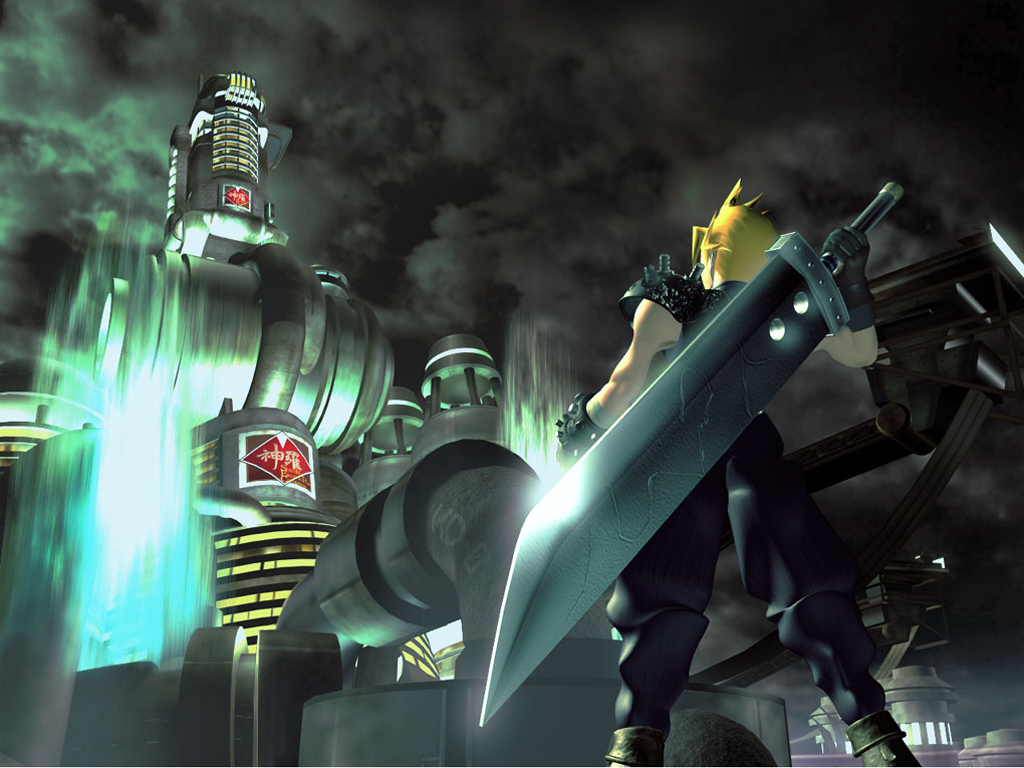 Final Fantasy VII, the legendary Japanese RPG that first launched on the original PlayStation back in 1997, is now available for download from the App Store for $15.99. It’s been called one of the most influential RPGs of all time, and now it’s available in handheld form as a universal app for iPhone and the iPad.

It’s been a long time coming for this release. Back in October 2013, Square Enix director Takashi Tokita stated that such a release could be “years away” citing storage space limitations. Well, it’s August 2015, and the game is just now arriving, so he wasn’t too far off the mark…

Here is Tokita’s full quote regarding the potential for a Final Fantasy VII release on iOS:

Unfortunately, it’s not that it’s not impossible for us to develop Final Fantasy 7 for mobile. It’s that currently, space will be an issue. Phones won’t be able to contain the space it takes. It’s over a gigabyte. People are probably going to have to wait a few years.

Coincidentally, Apple doubled the size limitation of apps submitted to iTunes Connect from 2GB to 4GB. That only happened earlier this winter, which opened the door to super-sized releases like Final Fantasy VII.

A few months later, at the E3 expo in Los Angeles, Square Enix’s Shinji Hashimoto announced a mobile port would be finally making its pilgrimage to iOS. Contrary to prior belief, the game isn’t a port of the PlayStation original, but instead a port of the PC version, which featured slightly improved graphics. 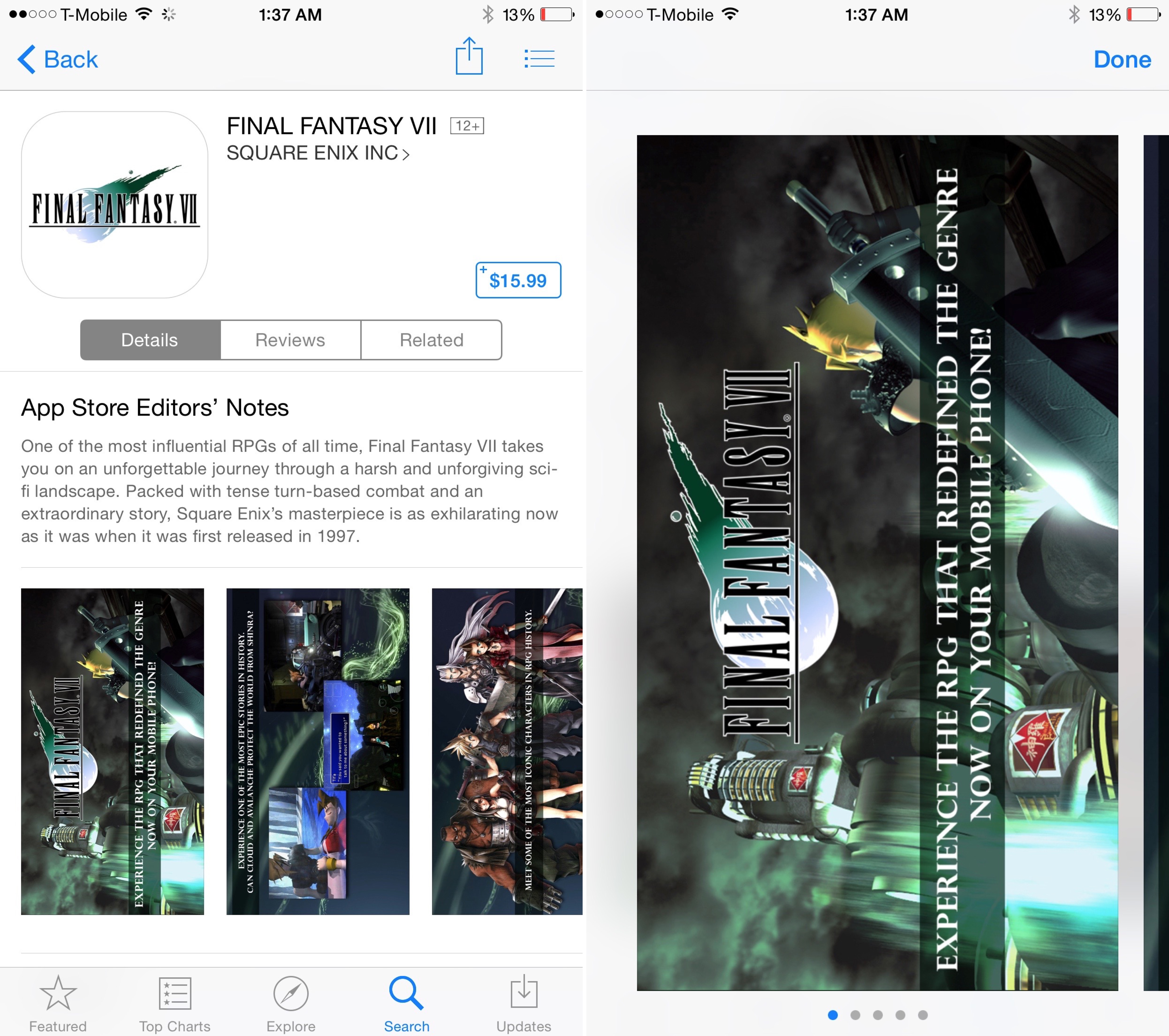 Of course, to accommodate the iPhone’s touch screen, changes had to be made. Gamers can opt for virtual analog control or a virtual gamepad. Even more interesting is the fact that the mobile version of the game will come bundled with ready to use cheats for things like maximum HP and disabling random battle encounters. That’s sure to make the game much more forgiving for new players, but I can’t help but think that the presence of baked in cheats is taking it a little too easy on players. Sure, random battles can get annoying at times, but that’s what makes a JRPG a JRPG.

In its heyday, Final Fantasy VII really was something else. I knew people who bought PlayStations for that one game, and people who normally wouldn’t touch an RPG with a ten foot pole, yet they still loved Final Fantasy VII. A whole lot has changed since 1997, but some things remain the same, namely, people’s love for Cloud, Tifa, and the rest of the FFVII gang.

Final Fantasy VII for iOS is a 1.63 GB download, requires iOS 8 or later, and is optimized for the iPhone 5 or later. Again, it’s available on the App Store right now for $15.99.

Will you be playing it?