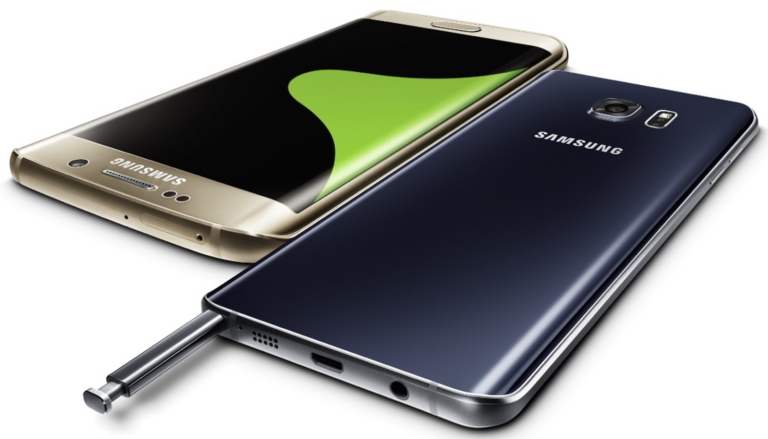 Samsung held its Unpacked 2015 media event this morning, a few weeks earlier than usual as the firm looks to steal Apple’s thunder. Predictably, they unveiled two new devices: an even larger-screened Galaxy S6 with a curved screen, officially called Galaxy S6 edge+, and a fifth-generation Note phablet marketed as the Galaxy Note5.

In addition, the South Korean conglomerate said Samsung Pay, its own mobile payment service, will go head-to-head with Apple Pay this September.

“At Samsung, we believed in the promise that large screen smartphones could actively address some major consumers pain points by providing users with a better viewing experience and more productivity on-the-go,” said JK Shin, CEO and President of IT & Mobile Division, Samsung Electronics.

“With the launch of the Galaxy S6 edge+ and Note5, we’re reemphasizing our ongoing commitment to bold, fearless innovation that meets the needs of our consumers.” 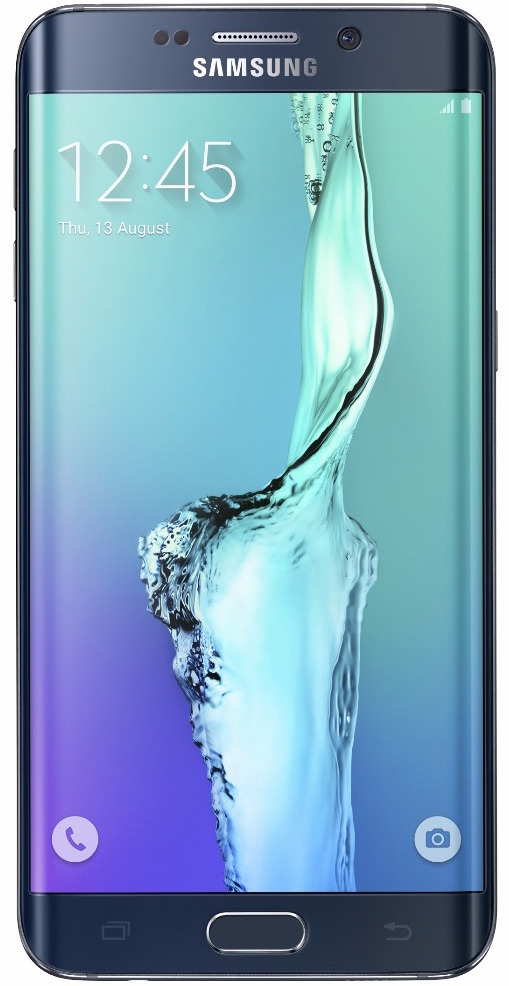 Form factor-wise, the new phone has a 6.9mm profile and is is about 12mm longer and 5mm wider than the Galaxy S6 Edge. A new ‘Apps edge’ feature provides easy access to supported apps. An enhanced ‘People edge’ feature lets you quickly find contacts to send message to or give a call directly from the edge screen.

Other Galaxy edge+ features include a massive 3,000 mAh battery, Bluetooth 4.2 LE, 802.11ac Wi-Fi and built-in 32 or 64 gigabytes of storage. Like its predecessor, the edge+ lacks expandable memory card slots and has a sealed battery.

Oh, and they’re now offering a weird keyboard cover for the S6 edge+ which obviously adds a flair of BlackBerry to your tactile typing experience. 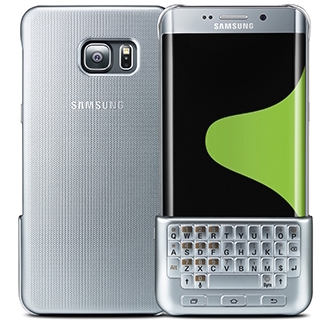 The fifth-generation Note phablet offers “the ultimate productivity” in a redesigned package. The device has glass and metal curves on the back and the slimmer bezels than its processor.

On the hardware side, the Note5 has a sharp 5.7-inch 518ppi 2,560-by-1,440 pixel resolution Quad HD Super AMOLED display and runs Samsung-designed 64-bit Octa-core Exynos 7420 processor with 4GB of RAM. The back-facing camera includes features like Video Collage, 4K video capture and Live Broadcast to share your memories easily. 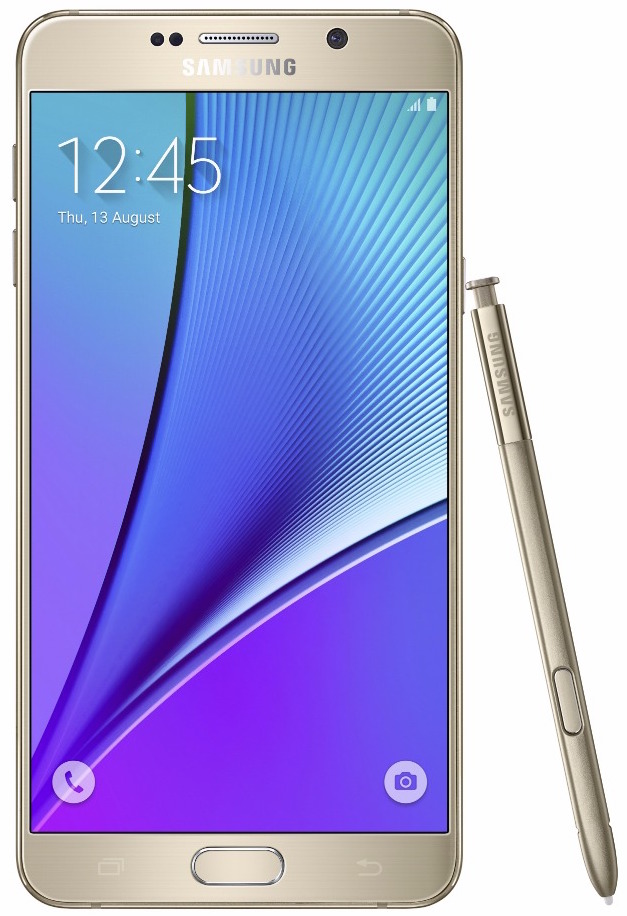 An improved fifth-generation S Pen includes enhancements like a more intuitive and practical Air Command, Scroll Capture which lets you capture lengthy web articles or long images into a single image, and add annotations on it and more.

Interestingly, you can now jot down notes with the S Pen even when the Note’s screen is completely turned off. And “a unique clicking mechanism offers a joyful experience of popping the S Pen out with just one quick click,“ as per Samsung.

Samsung is also touting a much faster charging experience with the fast charging Travel Adapter, Wireless Charger or Battery Pack. Like the edge+, the Note5 has a 5MP camera out the front, a 16MP shooter out the back, a 3,000 mAh battery, Bluetooth 4.2 LE and 802.11ac Wi-Fi. 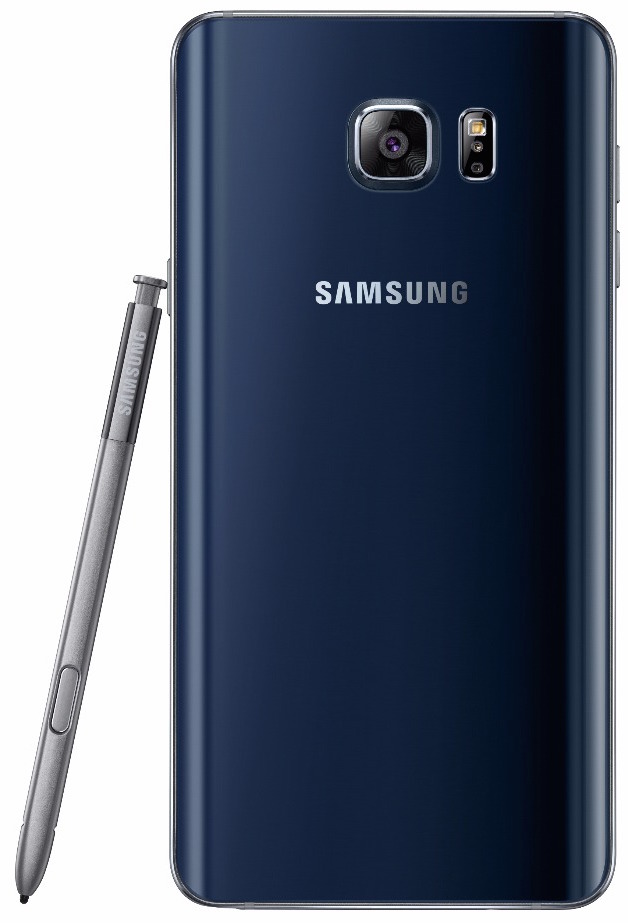 And in a move that’s bound to draw ire from Note fans, the battery is sealed and there are no SD memory card slots as the device is offered in 32 and 64GB tiers. They’re not offering a larger 128GB option either. Oh, and waterproofing is also gone.

As mentioned before, Samsung Pay is launching next month to take on Apple Pay.

“Simple and safe, Samsung Pay works virtually anywhere you can swipe your card,” said the firm. They’re partnering with card networks, issuers and acquirer and the list of partners “will only grow.” In addition, Samsung Pay will be the first to support contactless payment for store-branded credit cards, said the firm.

It should be noted that Apple Pay is not an exclusive mobile payment service as the system relies on NFC-enable contactless payment terminals that support other NFC services like Android Pay. Also, Apple does not require participating merchants and banks to support Apple Pay exclusively at the expense of other mobile payment solution.

Both the Galaxy S6 edge+ and the Galaxy Note5 are launching globally on August 21, though availability may vary by markets and mobile carriers. Both devices are available in White Pearl, Black Sapphire, Gold Platinum and Silver Titanium. 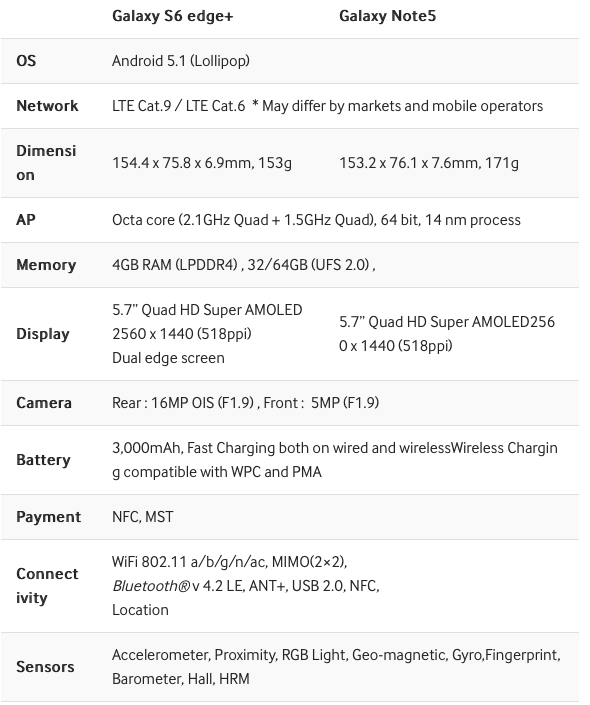 Samsung Pay is launching in Korea on August 20 and in the United States on September 28. Following the U.S. launch, Samsung Pay will hit United Kingdom, Spain and China next. A software update to add Apple Pay compatibility to the Galaxy S6 and S6 edge devices in the U.S. and Korea will be rolling out later this month.

In addition, select U.S. users of the Galaxy S6, S6 edge, S6 edge+ and Note5 will be able to participate in a beta trial of Samsung Pay from August 25 ahead of the September 28 launch.

Do these new devices have what it takes to counter the threat of the iPhone 6, and iPhone 6 Plus, and especially the upcoming iPhone 6s and iPhone 6s Plus, do you think?

Has Samsung done a fine job updating the Note phablet or did you expect more? And how about that edge+? Do chime in with your thoughts down in the comment section.