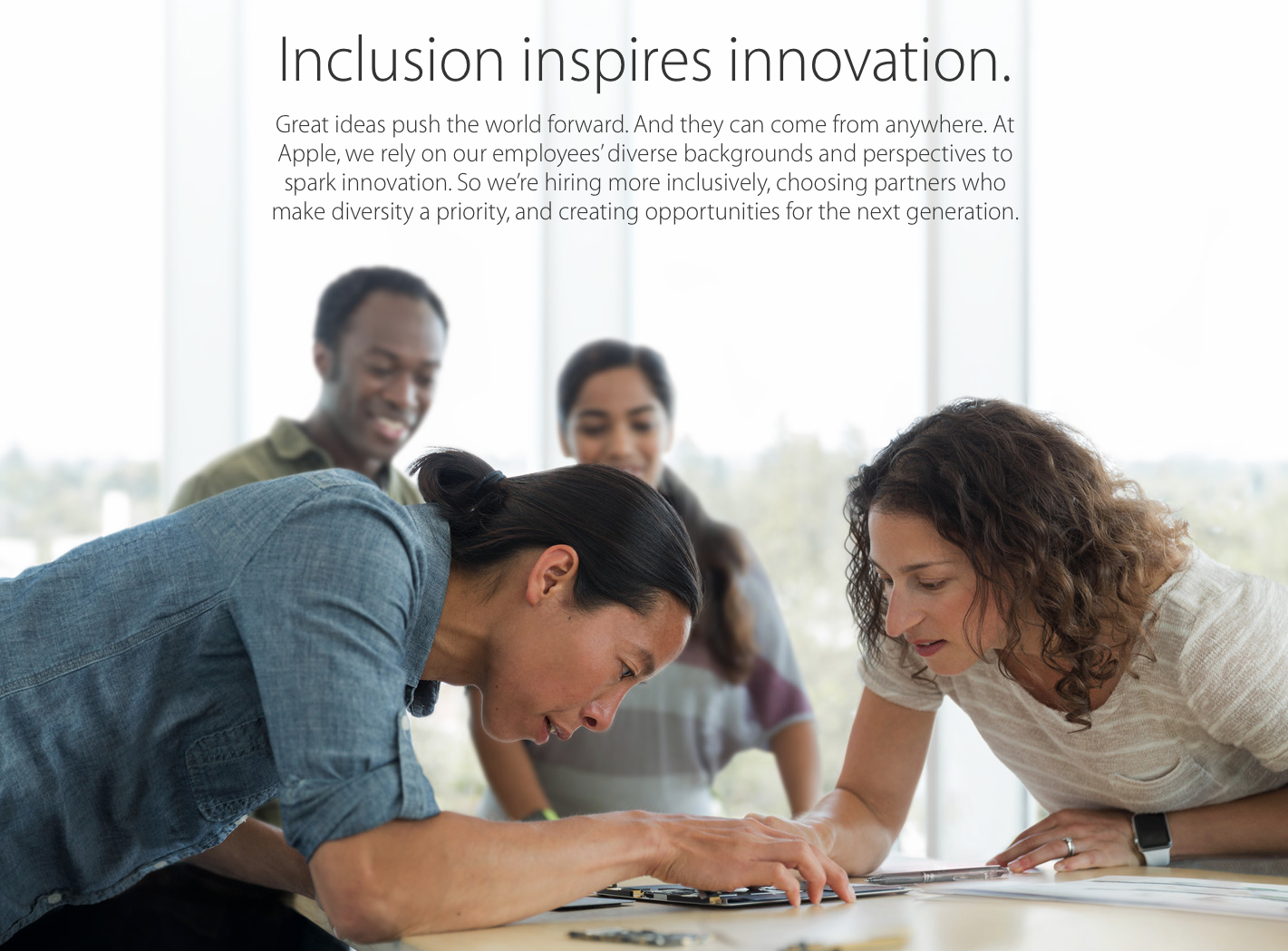 Apple on Thursday issued an updated diversity report, to provide transparency on its efforts to beef up hiring of women and minorities. The company is one of many Silicon Valley firms that has been criticized for having a mostly white, male work force.

According to Apple’s data, men still account for 69% of its workforce, and 54% of its US employees are white. It’s trying to move the needle though, as it’s hired 11,000 women since last year’s report (an increase of 65%), and over 5000 non-white workers. 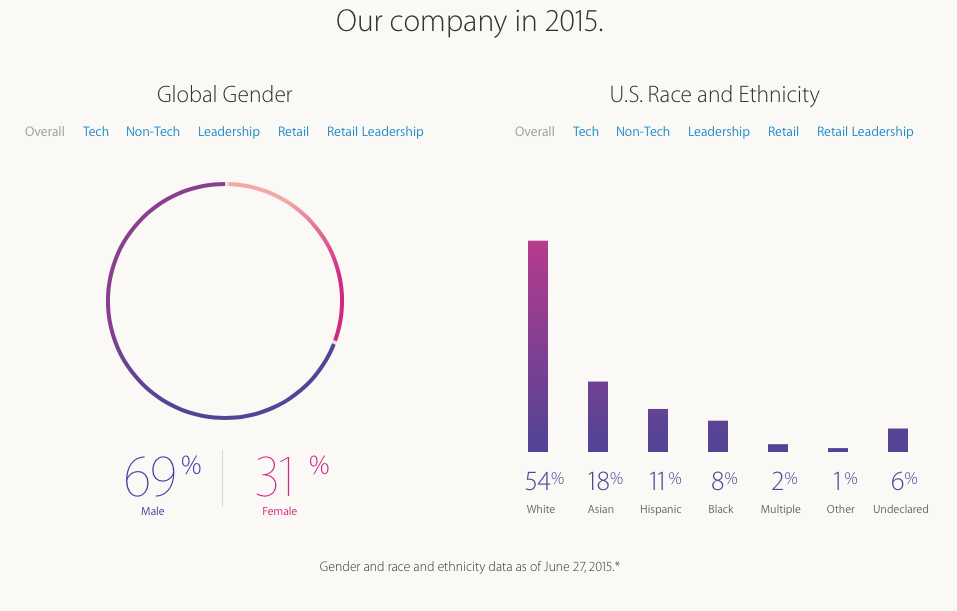 “Diversity is critical to innovation and it is essential to Apple’s future,” Tim Cook said in an open letter on Apple’s website. “We aspire to do more than just make our company as diverse as the talent available to hire. We must address the broad underlying challenges, offer new opportunities, and create a future generation of employees as diverse as the world around us. We also aspire to make a difference beyond Apple.”

Cook finishes the letter saying that Apple is proud of its progress, but understands that there is still a lot of work to be done. Apple will continue to expand its recruiting efforts, and plans to set up new programs to help students from all walks of life learn to code.