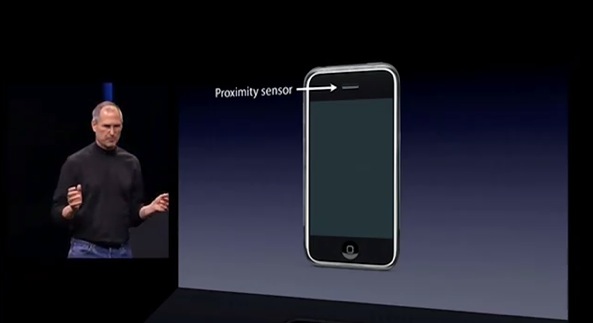 When you bring up an iPhone to your ear to take or receive a phone call, the handset taps the built-in proximity sensor near the ear piece to detect that you’re holding your phone up and then turns off the display to prevent spray input from your face.

But sometimes a smudge from your finger can block the path of light back to the phone’s sensors, prompting the device to shut down the display because it thinks you’re holding the device near your head.

A new invention Apple was granted a patent for was published Tuesday by the United States Patent & Trademark Office (USPTO), describing a smudge-detection method designed to prevent an iPhone screen from accidentally turning off due to smudges.

Entitled “Proximity sensors with smudge detection capabilities,” the invention describes a system designed to solve the problem of on-screen smudges preventing the proximity sensor located underneath a screen from functioning properly.

The proximity sensor uses a light source that emits infrared light and a light detector that detects reflected infrared light to detect if an iPhone is in the vicinity of a user’s head.

Data variations due to smudges can confuse the proximity sensor and lead it to produce erroneous data indicative of the presence of the user’s head.

The patented system basically adds an additional light source to measure more light coming onto the screen in order to determine if a user is actually holding up the device to his or her head or if the light is obstructed by a smudge (the section marked 132 on the patent drawing below).

“The additional light source may be used to inject light into the display layer,” reads the document. “The injected light may be guided within the display layer by total internal reflection. In the presence of smudge, the internally reflecting light may deviate from its normal propagation path.” 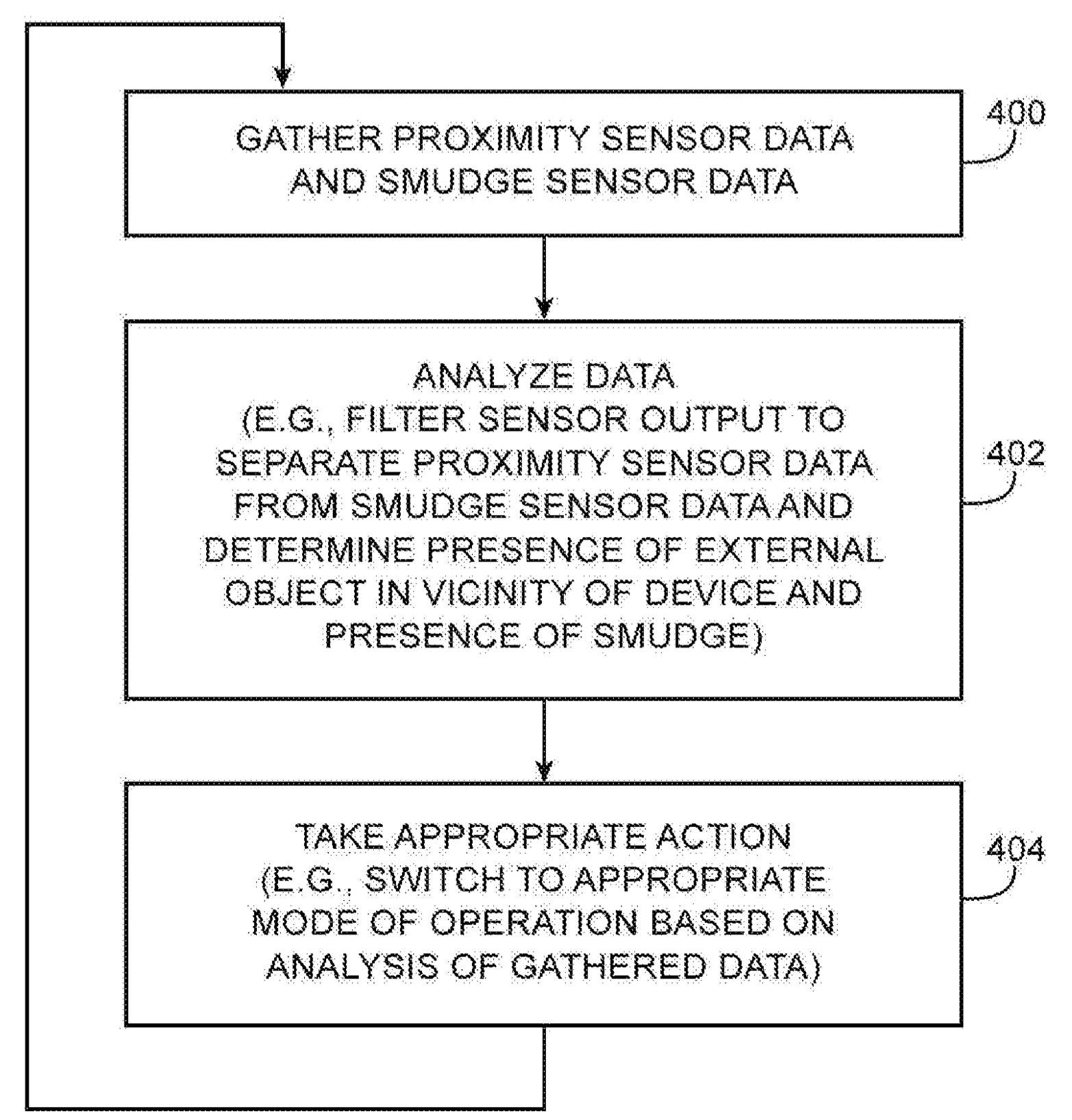 In a nutshell, the presence of a smudge is determined by monitoring the amount of light that is received by a photodiode from an emitter.

The invention is capable of distinguishing between a smudge which lets light out and that which blocks light and reflects it back. The patent, filed for in January 2013, cites Apple engineer Prashanth Holenarsipur as its inventor.