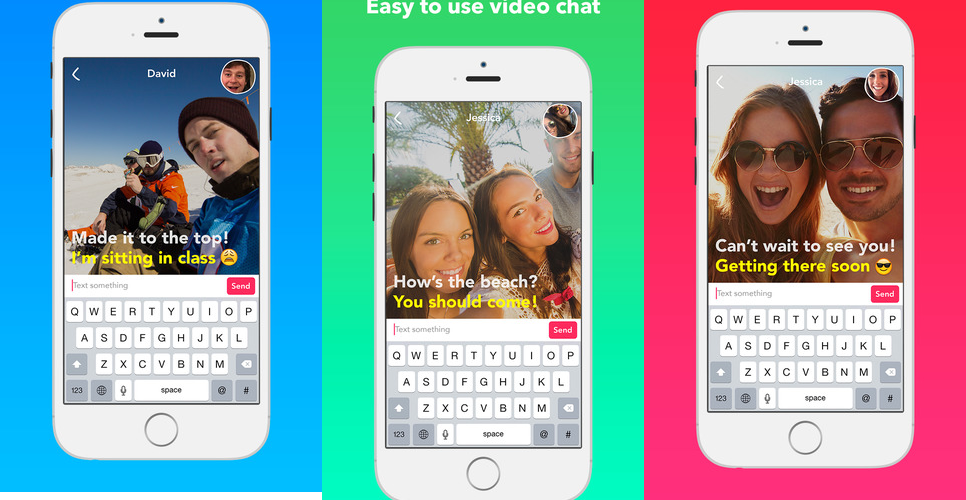 The app recently soft-launched in HongKong, Taiwan and Ireland and is scheduled to roll out in more markets tomorrow, including the United States and the United Kingdom. Don’t worry, we’ll keep you updated as soon as it hits the US App Store.

LiveText promises to transform simple conversations into rich, fun and memorable experiences with text and live video, but without sound. It’s very Snapchat-esque and you might be willing to give it a try.

“While texting is quick and easy, you often miss the meaning of a message, have to explain your reaction (LOL), or wait hours before getting a response,” said Yahoo.

“And to actually talk on the phone, you not only have to be available, but you also have to be in a place where you can chat.”

Introducing LiveText, a new messaging app that ditches all the bells and whistles in favor of a more focused, minimalist experience resembling Snapchat to a degree.

LiveText strives to blend the immediacy, simplicity and ease of texting with the expressiveness of video, but without the audio. The app aims to put your words and friend’s real-time reactions at the center of the conversation.

Wait, what is LiveText again?

LiveText promises to transform your chats into vivid and memorable experiences that you can share anytime. But why on Earth build a chatting app that supports texting and video, but not audio?

“We see video as a way to make your conversations more authentic, and we see text as a way to connect that’s quick and non-intrusive,” explains the struggling Internet giant.

It remains to be seen whether LiveText will catch on with users. We have plenty of messaging services at our disposal like iMessage, Skype, Hangouts, Facebook Messenger, WhatsApp, Viber and what not.

I’m not sure the world needs another messaging app, but could be proven wrong.

Some of the headline features of LiveText include:

Available on the web, Android, Mac and Windows, Yahoo Messenger sports voice and video calls, supports up to 2GB file transfers, integrates with Windows Live Messenger and includes other goodies.

As mentioned before, LiveText will be releasing on iOS and Android platforms in five new markets tomorrow—the United States, the United Kingdom, Canada, Germany and France—following its recent soft-launch in Hong Kong, Taiwan and Ireland.

The app requires an iPhone or iPod touch with iOS 8.0 or later and is optimized for the iPhone 5/5s/5c, iPhone 6 and iPhone 6 Plus screen sizes.

We’ll be giving you a heads-up as soon as LiveText lands on the US App Store.

In the meantime, you can download the current version from the Hong Kong App Store.

Putting aside for a moment the fact that Yahoo Messenger is a failed product, will you be giving the company the benefit of the doubt and take LiveText for a spin?