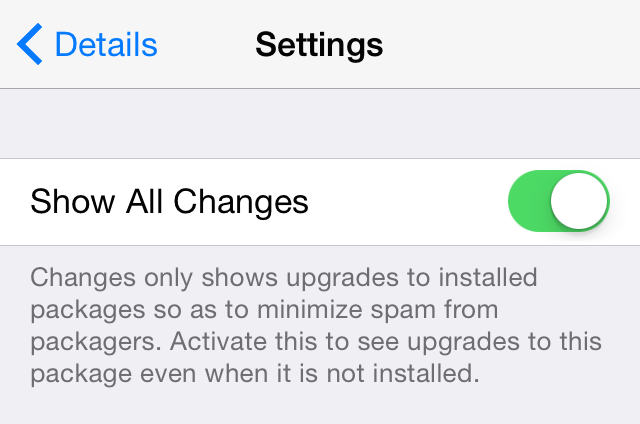 When new packages are released in Cydia, they automatically appear at the top of the Changes tab. This is handy, because it allows you to easily find new apps and tweaks for your iOS device.

There is a special provision that can be enabled on a per-tweak basis so that it will always show you when updates occur—it’s under the Change Package Settings section. But a new jailbreak tweak called ShowAllCydiaUpdates forces all Cydia packages to show their updates by default. 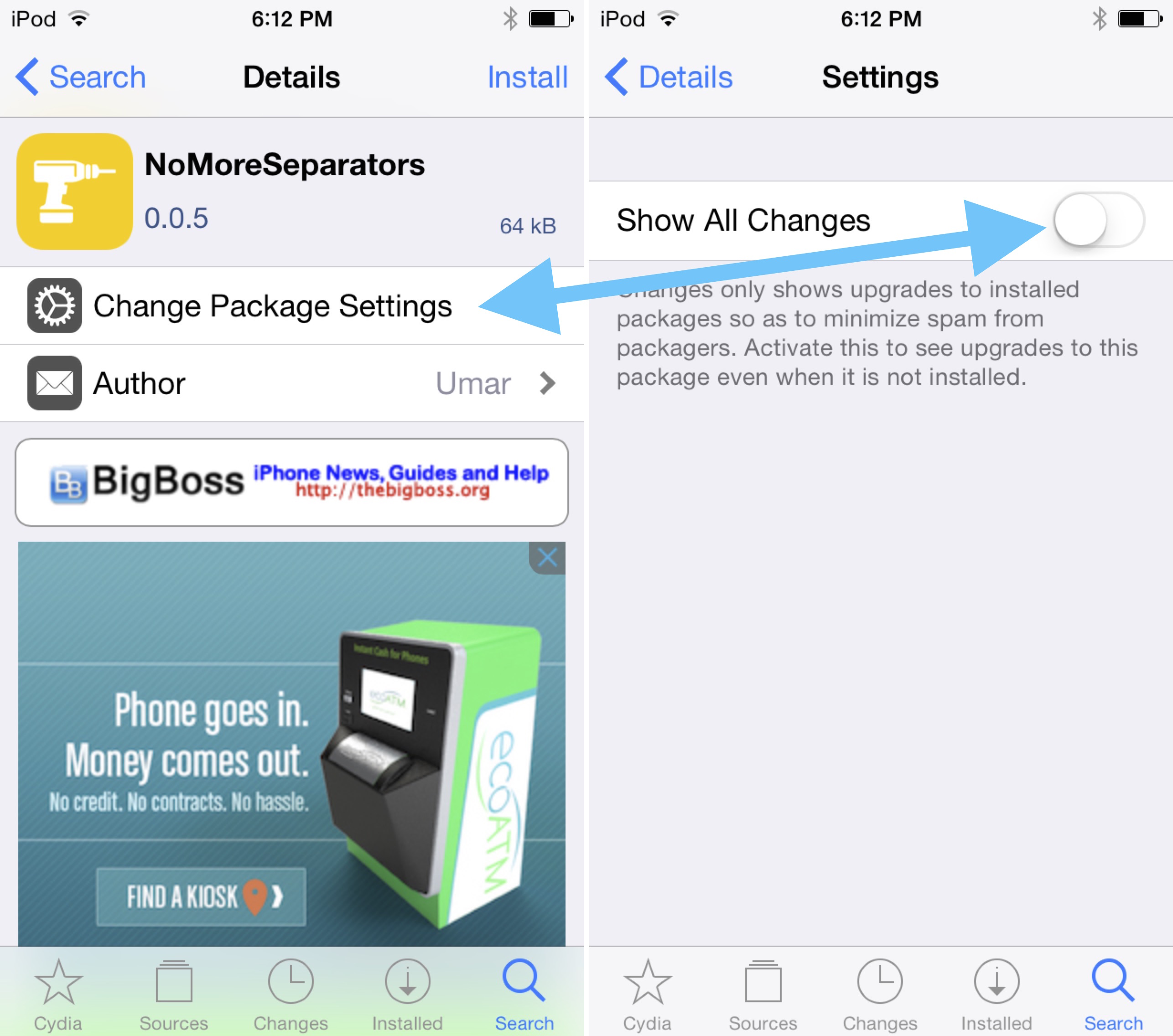 If you’re someone who wants to be in the know about every Cydia update, then this is the perfect tweak for you. It’s definitely a go-to tweak for me, because it means I can keep tabs on everything that happens in Cydia more easily.

Once you install ShowAllCydiaUpdates, every Cydia package will have its Show All Changes switch in its Change Package Settings section enabled.

ShowAllCydiaUpdates isn’t for everyone, but if you’re bent on keeping up with every single change in Cydia, it’s by far the easiest way to do so. You can find the tweak available for free on Cydia’s BigBoss repo.

Would you consider using ShowAllCydiaUpdates?