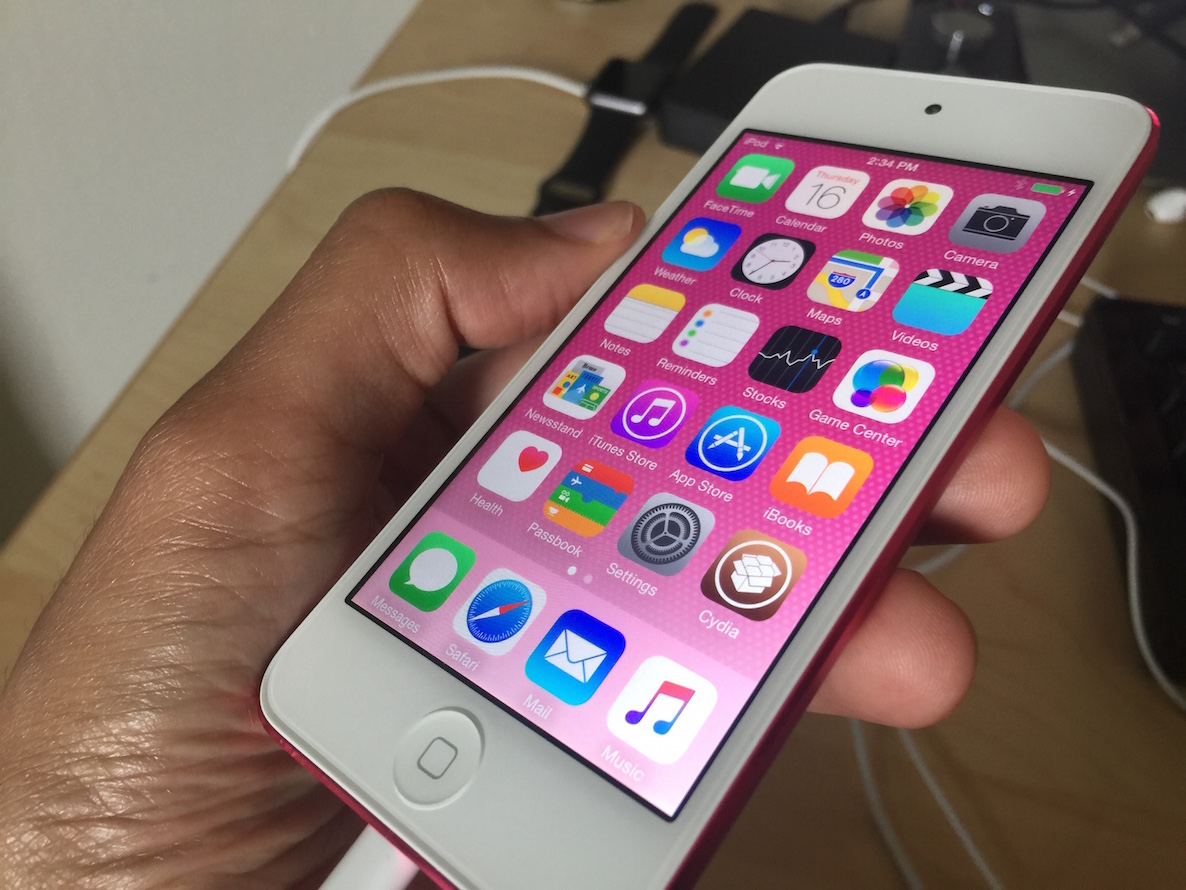 The iPod touch 6th generation can be jailbroken out of the box, because it comes with iOS 8.4, and the PP iOS 8.4 jailbreak tool for Mac works with the new iPods.

In fact, I just jailbroke my device no less than 5 minutes ago, and it worked without a hitch. If you guys have kept up with me, you know how much I absolutely loathed using my 5th-gen touch due to its pedestrian speed.

Seeing that the new iPod touch packs much more power than the device it replaces, I’d say this is a good candidate for a jailbroken device, or at the very least, it might become my go-to test device.

I’ve yet to test out TaiG, but I can assure you that the PP jailbreak works. I’m assuming that TaiG will work as well, though I’ve yet to try it for myself. 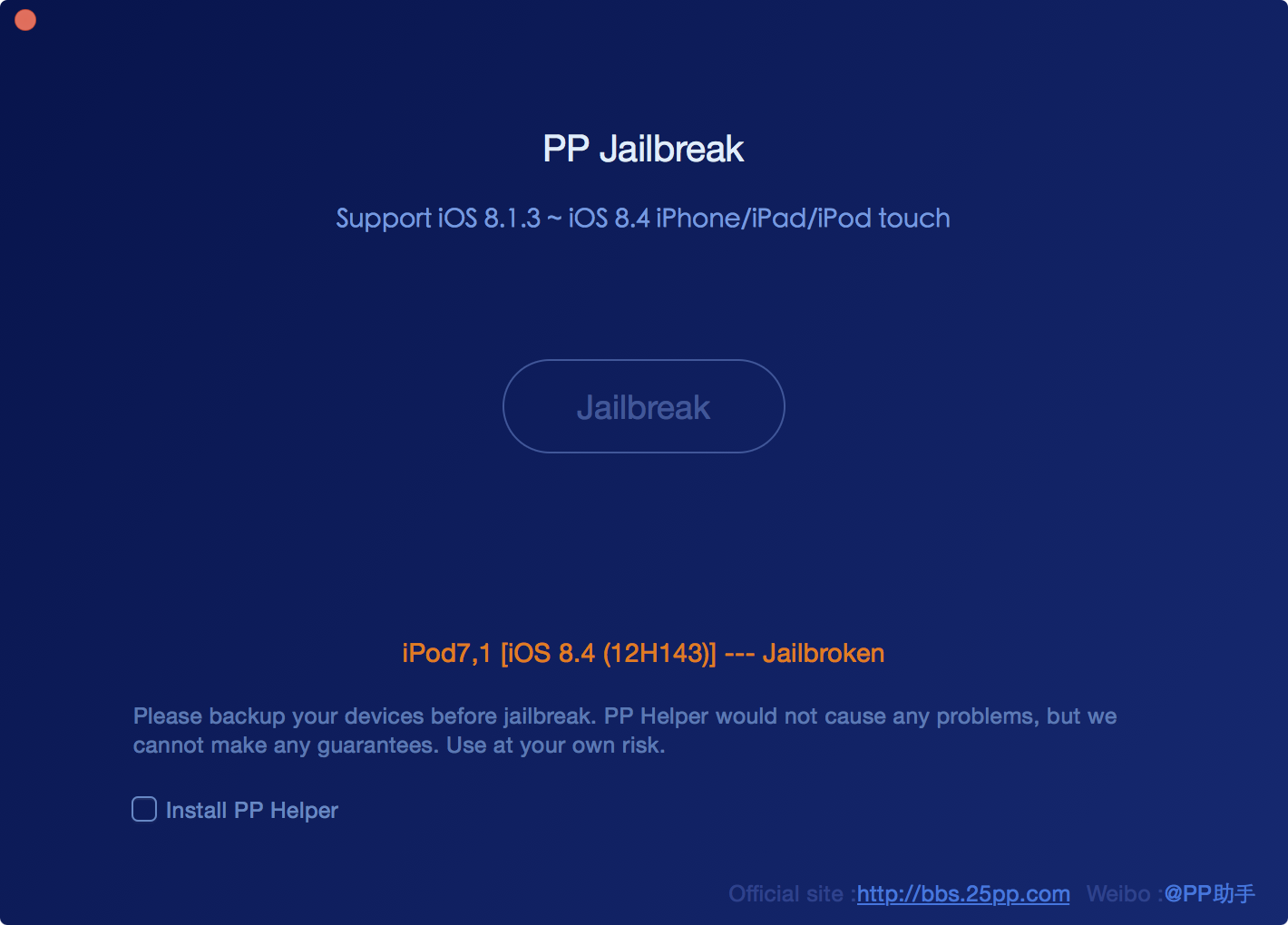 You can follow our PP jailbreak guide to jailbreak your 6th generation iPod touch right now. It’s probably a good idea to act now, as who knows when iOS 8.4.1 will drop publicly, which is rumored to close the door on jailbreaking, at least temporarily.

What do you think? Would you consider splurging on a new iPod touch in order to jailbreak it? Sound off in the comments below.