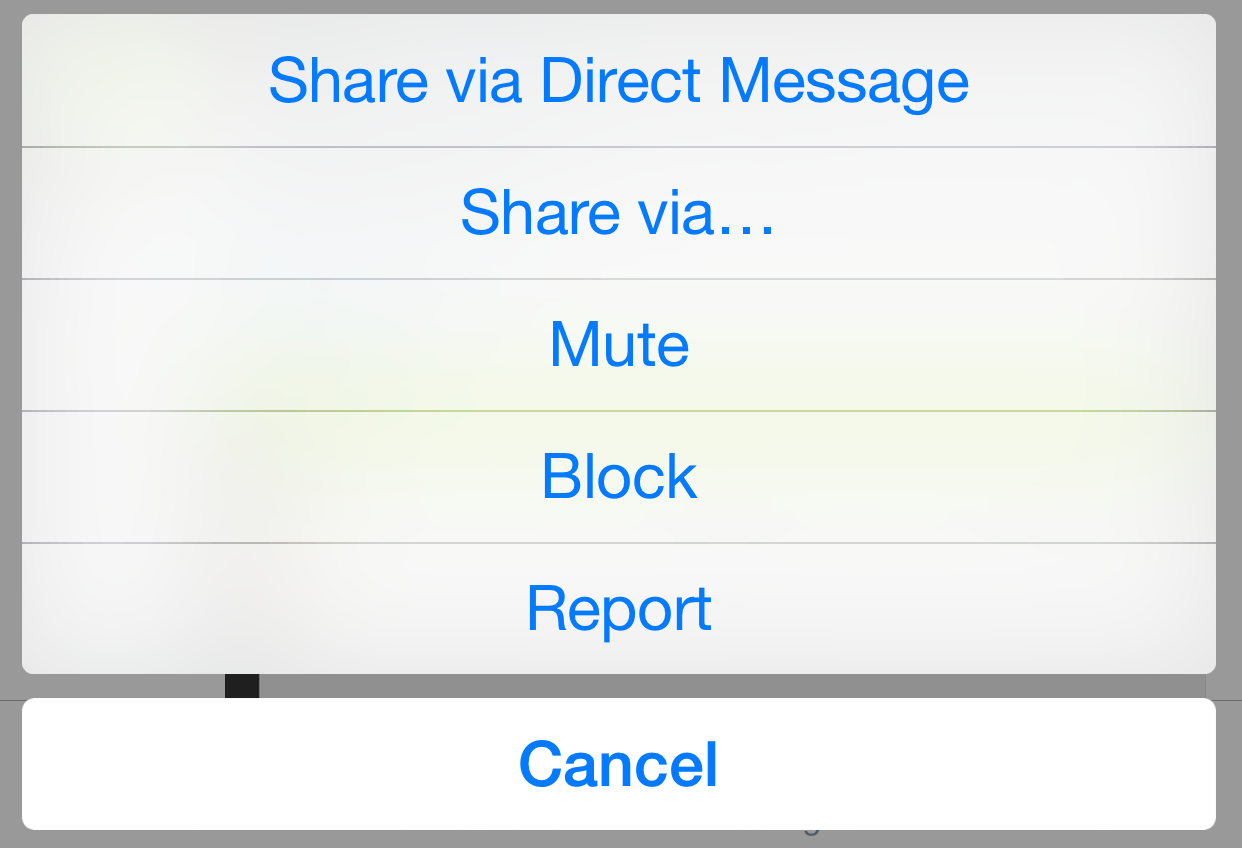 But there are still a couple of lingering issues with the official Twitter app that I despise. One of them is the lack of a quick way to access my Twitter lists. The other, is an issue that Twitter just remedied today.

As of today, and as first spotted by MacStories, users can now share content from the stock Twitter app using the native iOS 8 share sheet. While not as seamless as it could be, it’s still a large step in the right direction for Twitter on the iPhone.

Here are before and after screenshots showcasing the new Share via functionality in the official Twitter app. 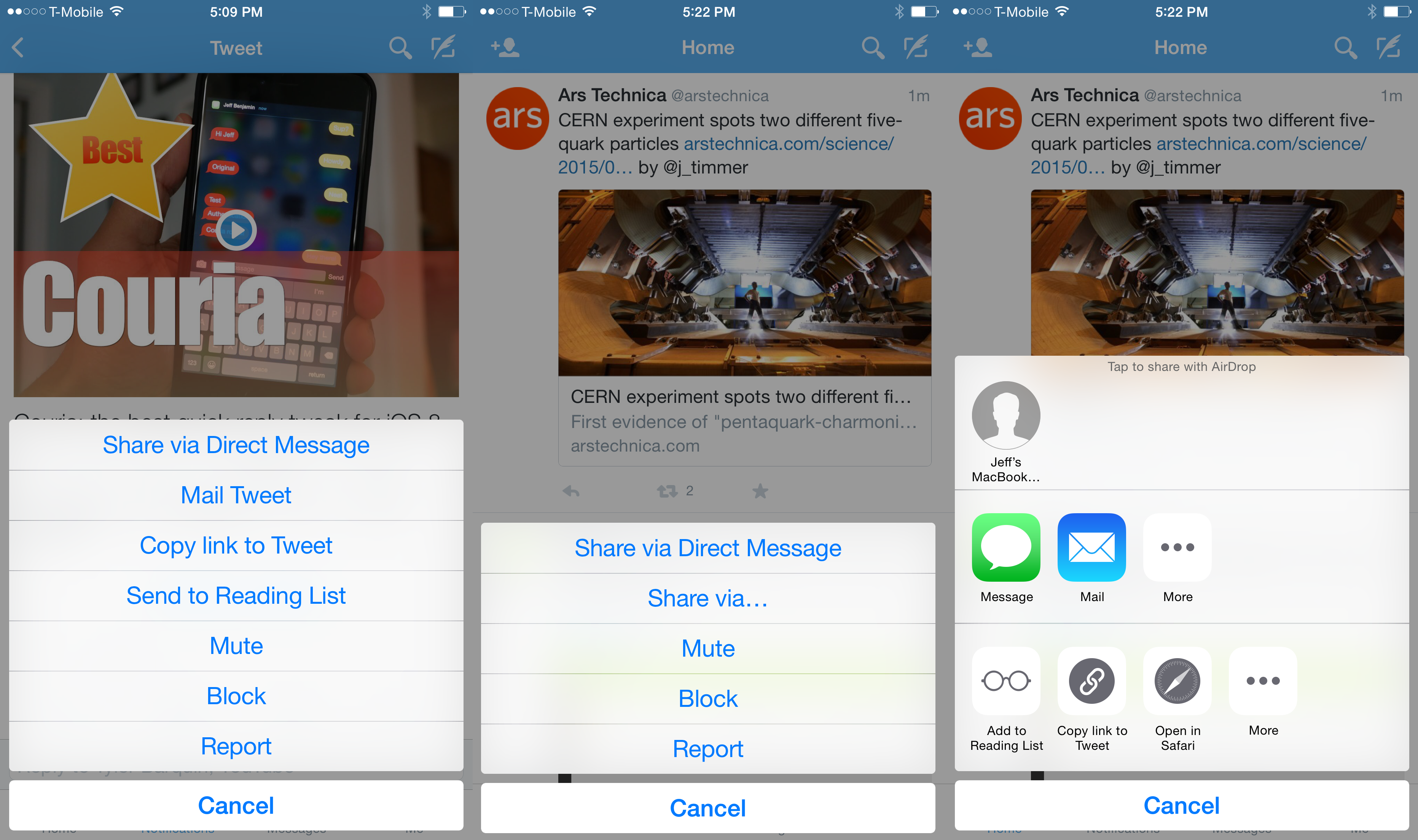 The old, on the left, verus the new—right two screenshots

As you can see, the Mail Tweet, Copy link to Tweet, and Send to Reading List options are now consolidated into the new Share via button, which opens up to the native iOS Share Sheet. As such, sharing stuff in the official Twitter app will still take an additional tap of the Share via button, but it’s certainly better than what we had before.

Now if Twitter could only solve its issues with burying lists, and incorporate a streaming timeline; then I’d be 100% satisfied with my move from Tweetbot.

What Twitter app do you currently use? Are you happy to see the official Twitter app gain native sharing in iOS 8?