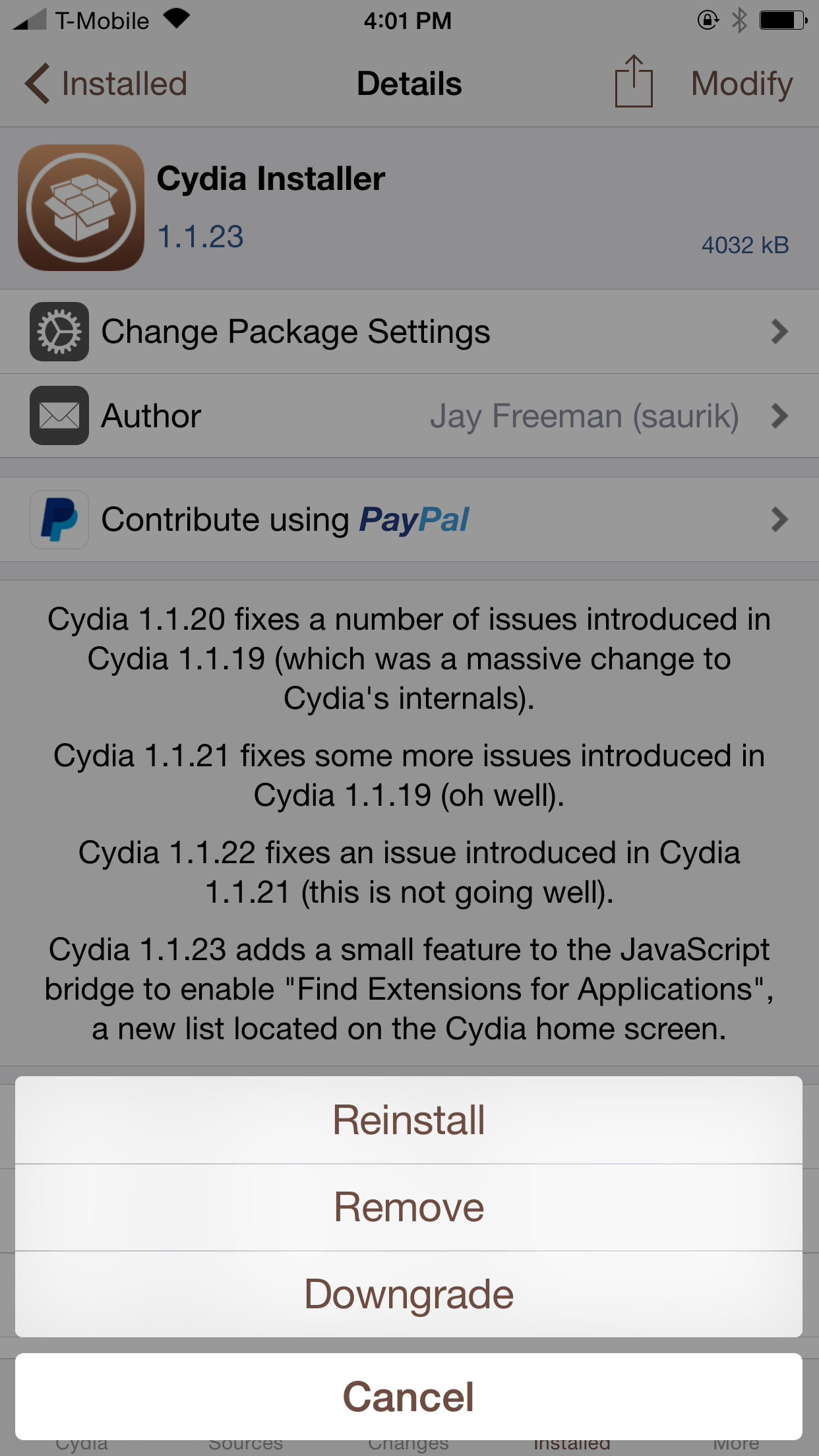 Another day, another big Cydia release. Cydia 1.1.23 brings some big changes to the table, as saurik has added package downgrade support, the ability to use find extensions like TweakHub.

The update also fixes a crashing issue that occurs after clearing caches. Doing so would cause Cydia not to be able to run at all.

Needless to say, this is a pretty large update for Cydia users, and has long-term positive implications on jailbreakers and their Cydia usage habits. Have a look at our post for the full change log. 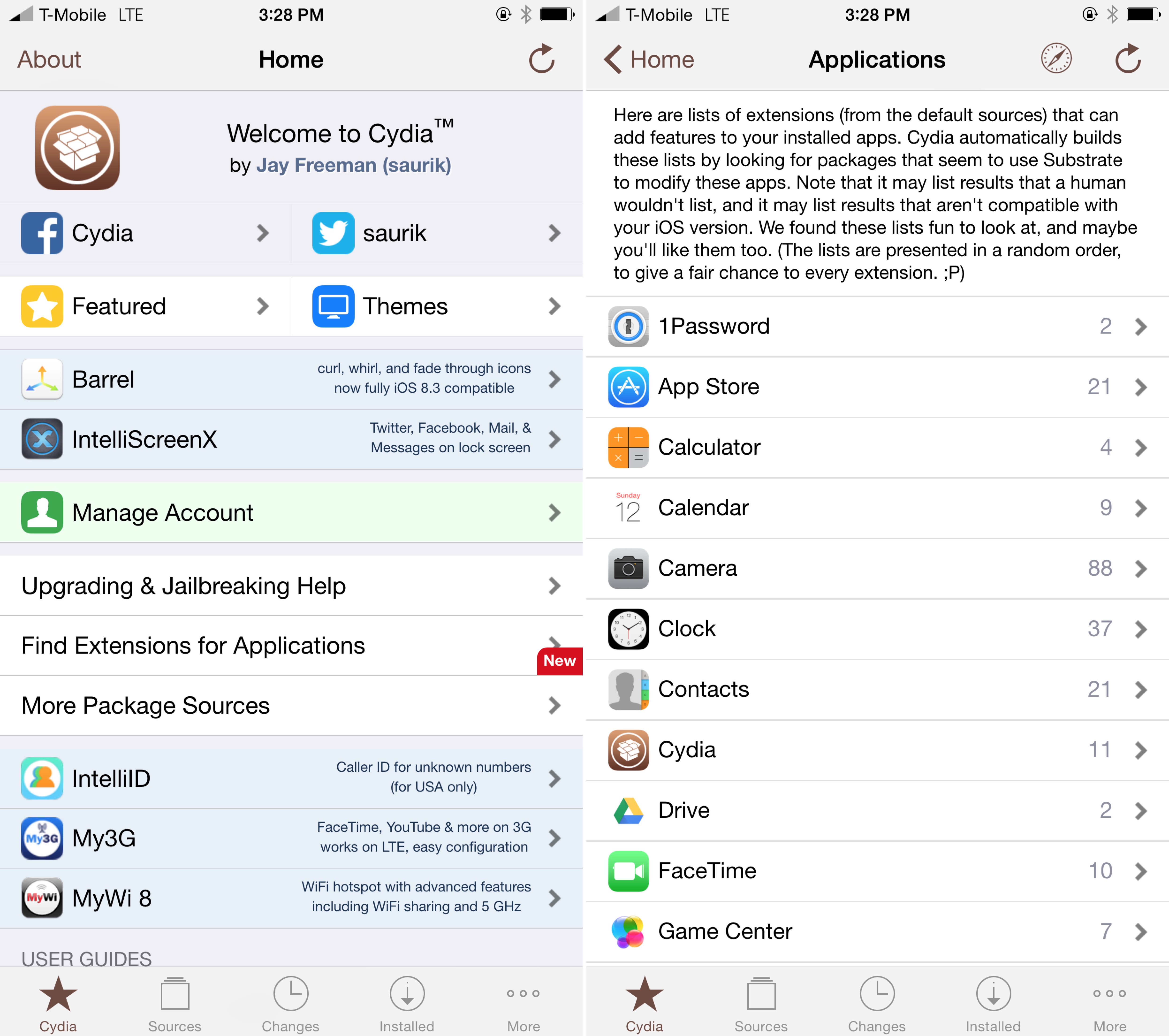 Cydia will now allow you to downgrade to the current version of a tweak, and it will also allow downgrading to any previous version of a package that is available on a Cydia repo. Going forward, saurik indicates that he will leave previous versions of his package online while users are able to sort out potential problems and issues.

Inspired directly by TweakHub, this update will automatically determine which applications a Substrate extension is designed to modify, and provide users with a categorized list based on installed applications. This technique does not rely on package tags, which would require work on the part of developers. This only works with default repos, and the list is randomized to give a fair shake to all apps and tweaks. You can find the list on the main Cydia page under the Find Extensions for Applications section.

Some users reported that when their system cache was cleared, Cydia would stop running. This should now be fixed.

It looks as if saurik is taking a very Apple-like approach with Cydia now. He’s letting developers modify Cydia, and picking the parts that best work and incorporating them into Cydia directly. This is a very smart approach, and we’re ecstatic that it’s now being done.