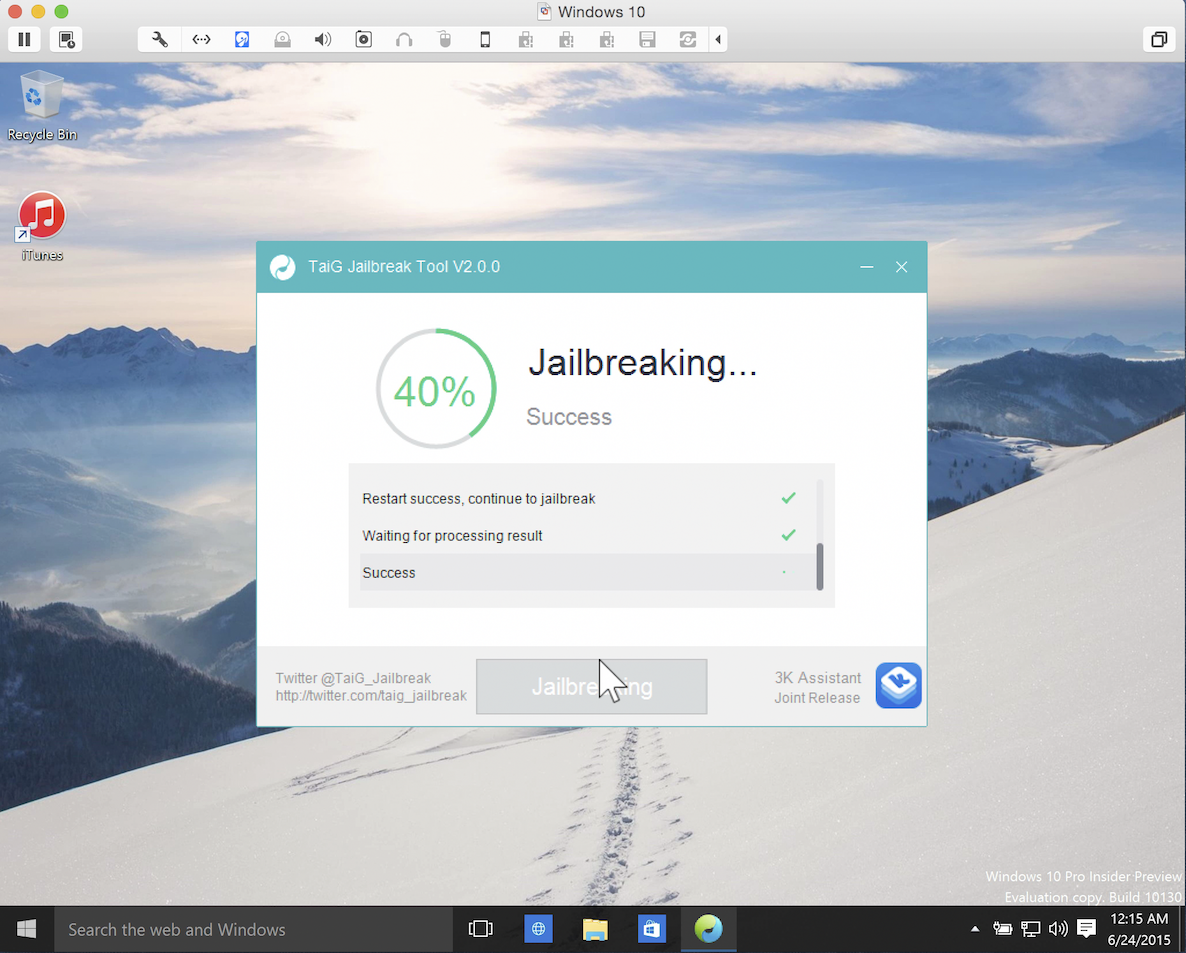 The TaiG jailbreak for either iOS 8.3 or iOS 8.4 has been out for over two and a half weeks. Many users have jailbroken their iPhone, iPads, and iPod touches as a result.

Even though the TaiG tool has been Windows-only this entire time, plenty of Mac-only jailbreakers have been able to use it by means of a Bootcamp partition, or a virtual machine—which is far and away the most popular way to jailbreak on a Mac.

So the question stands to be asked: do you even care about a Mac version of TaiG at this point? Rumors are swirling that a Mac tool is indeed in the works, but it’s been so long, I imagine most who were starving for a jailbreak either used a friend’s Windows computer, or took advantage of one of the above options.

Vote in our poll and let us know…

And in case you’re Mac-only, but want to go ahead and try to jailbreak now, you can use our simple virtual machine tutorial. It takes well less than a half-hour from start-to-finish.

What do you think about TaiG’s release policies? Do you think Macs should be first, given their symbiotic relationship with iOS devices?