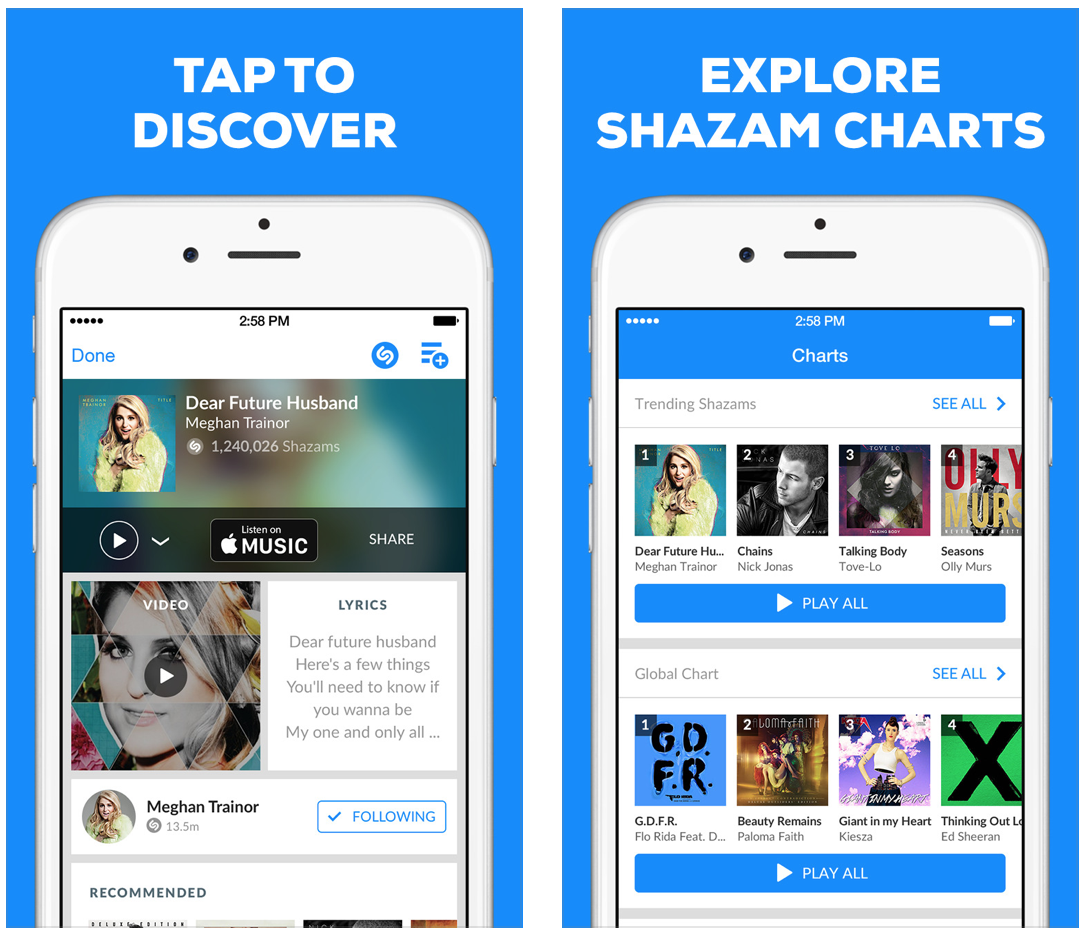 The popular audio identification service Shazam updated its iOS client today with support for Apple Music. The release brings the app to version 8.7, and arrives just ahead of the launch of the new music service next week.

With Apple Music support, users will be able to identify songs using the Shazam app, and then tap a button to launch the service so they can listen to the track in its entirety. And remember it’s free for the first 3 months.

Other improvements in Shazam 8.7 include a new Shazam counts! feature, which tells you how many people have Shazamed each song, and easy playlisting for Rdio and Spotify. There’s also a handy new Follow Artist button.

Apple Music is slated to launch on Tuesday, June 30th. After the free 3-month trial, the service will cost $9.99 for individual plans and $14.99 for families. It will also include the ‘Beats 1’ radio service, which will be free of charge.

You can find the latest version of Shazam in the App Store for free.