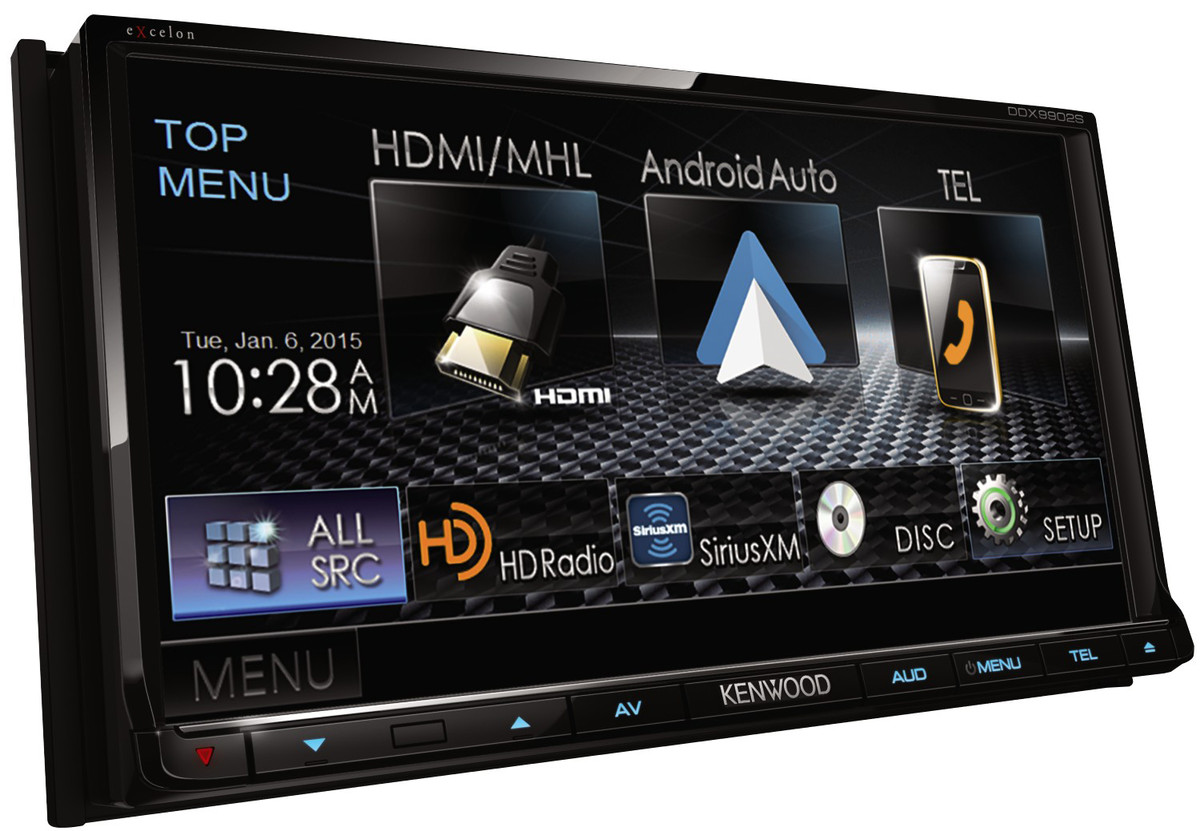 Kenwood, a Japanese manufacturer of amateur radio,Hi-Fi and portable audio equipment, on Tuesday started shipping its new in-car receivers with CarPlay to car dealers. The new accessories support both Apple’s CarPlay and Google’s Android Auto platform, depending on your preference and connected smartphone.

The Japanese company owned by JVC-Kenwood said in a media release that both the DDX9702S and DDX9902S units are available now starting at $900 and $950, respectively.

“We understand that consumers are loyal to the brand or platform of smartphone they use,” Tony Mercado, marketing manager for Kenwood, said. “To that end, we wanted to create a multimedia receiver that doesn’t force the customer to choose based on his or her preferred smartphone.”

Announced at CES 2015, the pricier DDX9902S features a resistive 6.95-inch touchscreen, with the ability to add a rear-view camera and maneuver safely with on-screen parking guide lines, and compatibility with factory steering wheel audio controls.

Both double-DIN DDX units can switch between CarPlay and Android Auto without requiring a restart and come outfitted with HDMI input, DVD playback, built-in HD radio, support for Sirius satellite radio and Bluetooth technology to enable handsfree phone conversations as well as playback of streaming media from a Bluetooth-enabled phone or media device.

General Motors will have CarPlay in two Buick and three GMC models later this year—the 2016 model Buick LaCrosse and Regal, as well as the 2016 GMC Canyon, Yukon and Sierra—adding to the 14 Chevrolet models scheduled to receive CarPlay compatibility later in 2015.

Aftermarket products from the likes of Alpine, Pioneer and Kenwood offer an affordable solution to folks who cannot justify buying a brand new vehicle just to have CarPlay built-in.

As you know, existing CarPlay implementations require a wired connection via a Lightning cable. But when iOS 9 launches this fall, CarPlay will work wirelessly. It’s currently unclear whether existing CarPlay in-dash receivers could gain wireless support via a simple firmware update.