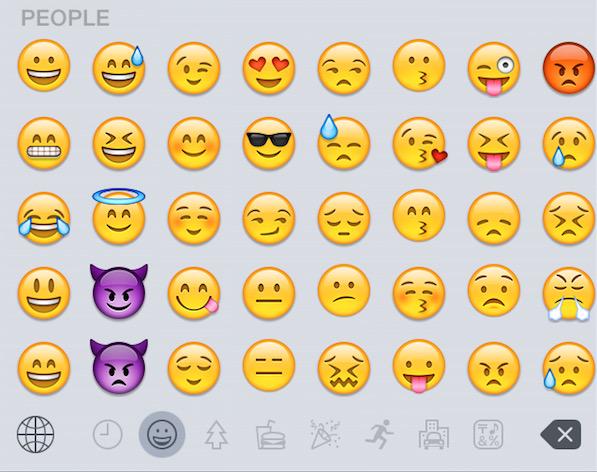 On Wednesday, the Unicode Consortium released Unicode 8, the next major update to the Unicode Standard. The Standard defines things like special characters and emoji, which many manufacturers, including Apple, use in their software.

The images you see are just examples of the emoji. Unicode only includes text descriptions for the symbols, and it’s up to each company create the graphics. This is why a lot of emoji appear differently when viewed across multiple platforms.

Apple has already adopted the skin modifiers from Unicode 8, but we haven’t seen any of the new emoji. Then again, we have yet to see a lot of the new symbols introduced in Unicode 7, so burrito-loving iPhone users shouldn’t hold their breath.