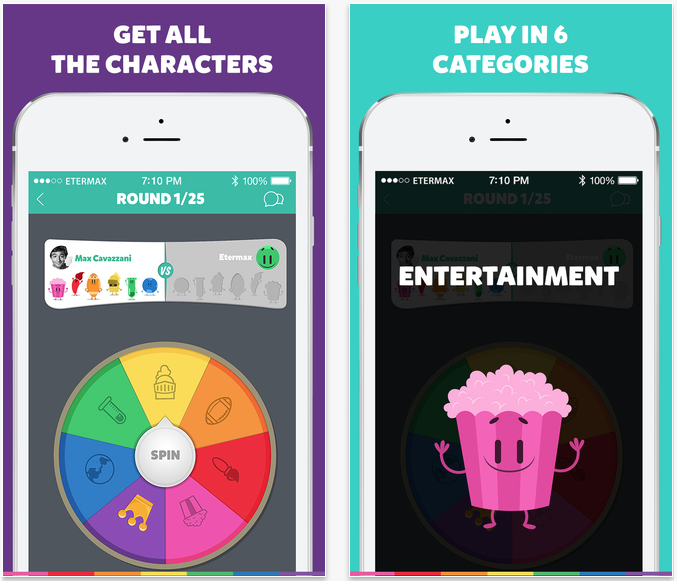 IGN has named the ad-free version of the popular social trivia game ‘Trivia Crack’ its Free Game of the Month for June. This means that you can snag the premium title, which typically sells for $2.99, for free for both your iPhone and iPad.

For those of you who haven’t played it, Trivia Crack it’s a 1-on-1 trivia game that you can play wither either friends or total strangers. Questions are submitted by users, and grouped into 6 categories. First player to make it through all 6 wins.

Trivia Crack is the international smash hit game that pits friend against friend in different categories to determine who has the most trivia knowledge. Each of the six categories (Science, Entertainment, Art, Geography, Sports and History) has a corresponding character, and the game is won by being the first to obtain all six. Give Willy the Wheel a spin and let chance decide which category you get!

Even if you already have the free version of this game, this is worth grabbing. The ad-free Trivia Crack does away with perhaps the most annoying element of the game—those awful Kate Upton ‘Game of War’ ads you’re constantly forced to endure.

If you’re interested, head on over to IGN’s website and grab a promotional code. Codes are available in 44 countries, but are on a first come first serve basis, so don’t wait too long. Also, be sure to check out our daily App Recap posts for more deals.