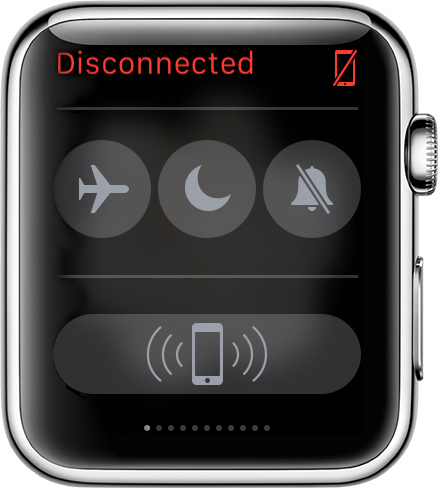 In addition to Bluetooth, the Apple Watch also relies on Wi-Fi to communicate with its paired iPhone. In fact, the device can provide a number of useful features over Wi-Fi when iPhone isn’t in Bluetooth range such as Messages, Siri and more.

It also automatically connects to known Wi-Fi networks that your iPhone, while connected to the Apple Watch over Bluetooth, has connected to before.

However, the Apple Watch won’t connect to a 5GHz Wi-Fi network, even if its paired iPhone has previously connected to it, as first noted by French blog iGen.fr.

I own a Time Capsule which supports dual-channel Wi-Fi networking.

Then, I made sure to connect at least once to the 2.4GHz network on my iPhone when it was paired with my Apple Watch so that the watch would remember login credentials.

Read more: How to make Apple Watch connect with iPhone on a 5Ghz Wi-Fi network

In addition to 5GHz networks and those your iPhone’s never connected to, the Apple Watch also cannot connect to public networks requiring logins, subscriptions or profiles.

This is a software limitation because connecting to a password-protected public Wi-Fi without an iPhone at hand would require a software keyboard to input login credentials, which the Watch OS doesn’t support.

An Apple support document details when the Apple Watch will fall back to Wi-Fi.

“If Bluetooth isn’t available, Apple Watch will try to use Wi-Fi. For example, if compatible Wi-Fi is available and your iPhone isn’t in Bluetooth range, Apple Watch uses Wi-Fi,” Apple explains.

When both Wi-Fi and Bluetooth are available, your Apple Watch will maintain connection with its paired iPhone over Bluetooth to conserve power.

“To enjoy every feature on your Apple Watch, you’ll need to enable Wi-Fi and Bluetooth on your paired iPhone,” reads the document.