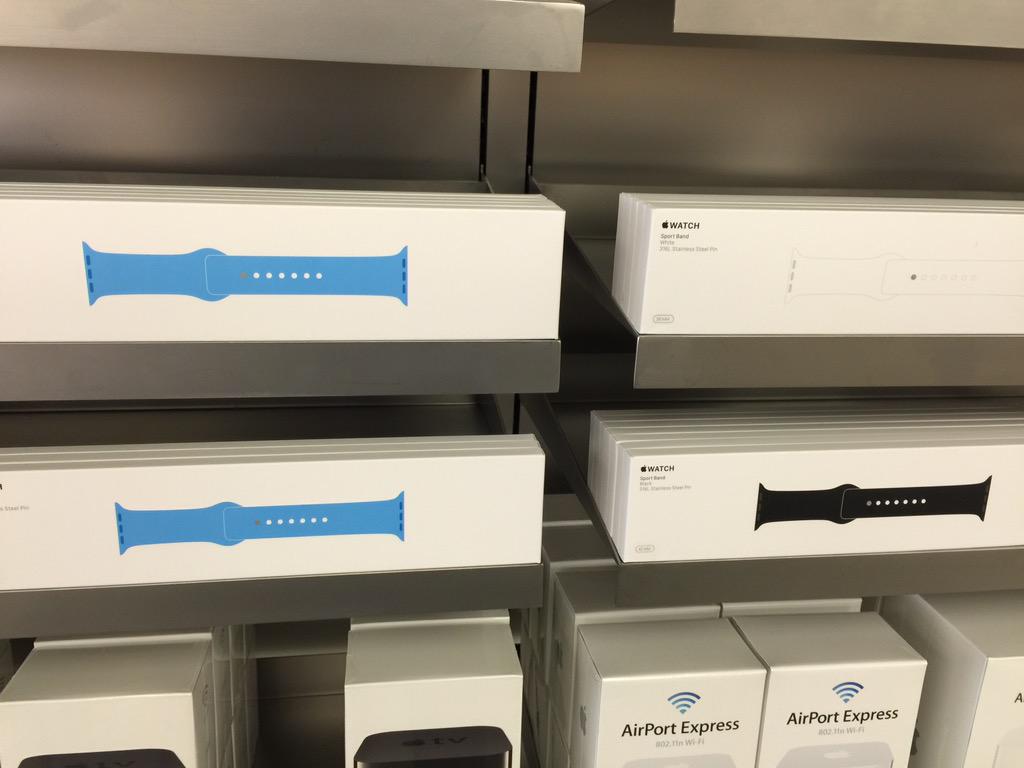 Standalone bands for the Apple Watch are now available across select brick-and-mortar Apple Stores in the United States, the United Kingdom and possibly elsewhere, according to latest reports.

As reported by Twitter user AppleRadar, an Apple Store in Miami is now carrying the Classic Buckle and the Sport Band in multiple colors, with additional bands likely arriving soon.

Some Twitter users have reported band availability at the Highland Village Apple Store in Houston, Texas.

These standalone bands allow for further customization as owners of the Apple Watch can now swap their bundled band with another one of their choosing, at a price.

An internal memo sent to Apple Retail, a copy of which was obtained by 9to5Mac, has notified employees that retail stores will begin stocking standalone bands later this week in “limited” quantities, starting with the fluoroelastomer Sport Band in multiple colors.

“In the coming days, Apple will begin advertising the availability of Sport Bands in its stores, according to the memo,“ reads the report. No word on availability of the Milanese Loop or the Link Bracelet.

Most ship in 1-2 weeks, with the exception of the Milanese Loop, which is listed with a 7-8 week delivery. The Sport Band is $49, the Classic Buckle, Milanese Loop and Leather Loop are $149 each, the Modern Buckle is $249 and the Link Bracelet is $449.

Initially, standalone bands will be reportedly available as replacements for worn-out bands from the various store Apple Watch try-on stations, with the remaining units sold to customers in search of a different band than the one which came pre-bundled with their Apple Watch.