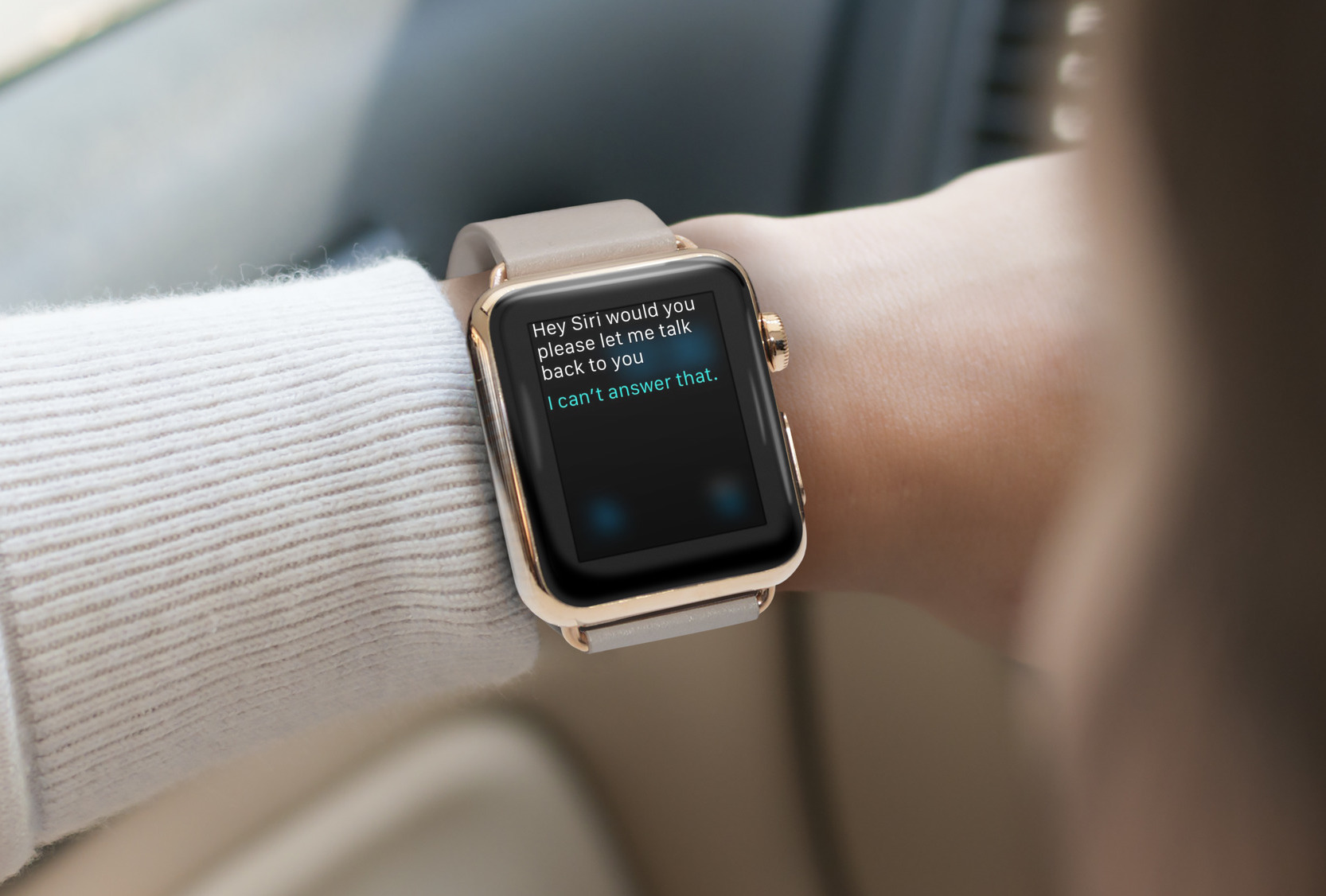 Siri has come a long way since it was first introduced along the iPhone 4s and iOS 5 back in 2011. The assistant has gotten smarter, wittier, and all around more helpful, at least on the iPhone, because in my experience,  it’s a completely different animal on Apple Watch.

To be fair, I’m not so much complaining about actual voice dictation on Apple Watch. Besides a few missteps that were most likely due to my strong French accent, dictation has been very reliable on Apple Watch. What hasn’t though, is to getting Siri to activate, whether it is hands-free or by using the Digital Crown. And when I do get it to work, not being able to interact with Siri with interactive voice commands is also a source of frustration. Allow me to explain.

One input method to rule them all

If you want to input any text on Apple Watch, you will have to use Siri, or maybe more accurately, voice dictation. Of course, you do have access to various canned replies, emoji, Digital Touch, and whatever options a stock or third-party app might offer you (ie. a Cancel button), but you’re not really in charge of what you want to say. You’re merely selecting one of a handful of options you’re given.

If you want to send a text message, create a new calendar event, or create a reminder, you will have to rely exclusively on Siri and voice dictation. From my limited time with Apple Watch, this is where most of my problems originate. As mentioned above, my issues aren’t so much about getting Siri to understand me. My issue is to get her/him to show up to begin with, and then get her to give me options that are actionable with a voice command.

Siri on iOS provides interactive feedback with the ability to use voice commands to confirm your options. Ask her to send a message, she will confirm with you it is ok to send the message. Task her to create a calendar event, she will verify with you she indeed got the details of the event right, and will then ask you if it is ok to schedule the event. Although you can select options by tapping the screen of your iPhone, you can more conveniently just say “yes” or “no,” or whatever reply is appropriate. In short, you can have somewhat of an interactive conversation with Siri where your hands are not required, and where your voice commands can get everything done from A to Z.

On Apple Watch though, this is still far from being the case. Of course, there is a way to get Siri to perform a few tasks 100% hands-free, but this is merely a workaround.

The problem on Apple Watch is that Siri doesn’t actually give you the option to finalize the action with your voice. For example, have Siri create a text message. She will write the message and then give you two options that can only be completed by touching the screen: Cancel or Send. Again, the trick mentioned above can work around that, but only in an inelegant and cumbersome manner.

Having to use my other hand to tap the screen to select one of my options completely defeats the purpose of Apple Watch, in my opinion.

Just like it does on iOS, Siri needs to be able to give you interactive feedback, and wait for your voice confirmation. Although I wouldn’t expect it to talk back to me like it does on my iPhone, I do expect it to present a couple of options (i.e. Send or Cancel), tap me on the wrist to indicate she is listening for my answer, and let me finalize my command with me saying “Send” or whatever action needs to be taken. No touch needed. Everything controlled with your voice.

Apple has undoubtedly learned a lot since it first implemented Siri on its iOS devices almost four years ago, but unfortunately, this doesn’t show in the current implementation of the personal assistant on Apple Watch. While it does a great job at understanding what I say, the lack of interactive and actionable feedback by the mean of voice commands makes it the crippled little sister of the Siri we know on iPhone. It’s a work in progress, and hopefully something that will be improved in future updates. As far as I’m concerned, the sooner the better. Siri is a critical part of Apple Watch. Having it offer anything less than a stellar performance drastically amputates the overall experience with the device.