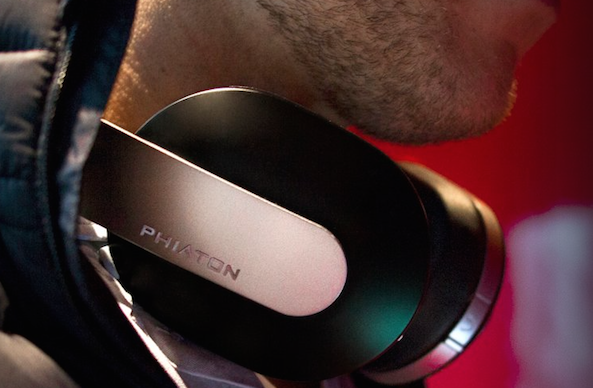 While wearing my Apple Watch on week one, I kept feeling like something was missing. After listening to this week’s Let’s Talk iOS, Jeff clued me in. I was missing the music capability. It is somewhat surprising that Apple precluded Apple Watch from playing music through the speaker. Most likely, it is a move to conserve battery power and prevent a poor listening experience on such a small speaker.

Enter a renewed need or desire to have a good set of Bluetooth headphones. Coincidentally, I was contacted by Phiaton to review their Chord MS 530 headphones and happily accepted. The M-series headphones are known for bold styling with a modern appeal and high build quality. Having previously reviewed the Bridge MS 500 wired headphones, I was happy to take a look at the more robust, wireless and noise canceling older brother.

Overall build is solid. A mix of plastic on the headband and cups with aluminum headphone arms and accents, the aesthetic is very pleasing. It is upscale looking, but not overbearing. If you are particular about buttons, all of them are located on the backside of the cup, if you are wearing them on the proper ears. Switches and buttons included a Siri button (call button), forward/back/volume up/down toggle, noise canceling switch, and power. Given the range of onboard controls, pulling out your iPhone or even tapping Apple Watch will rarely be necessary.

A move more headphone companies need to recognize, the MS 530’s are Bluetooth Low Energy, also known as BLE or 4.0. This current generation technology ensures a limited battery drain on both the connected headphones and your host device. Given the limited battery life of Apple Watch, BLE headphones are a must to ensure a full day Watch charge. The headphones are certainly not going to be the ones giving out with a playback rating of 18 hours with NC on and a whopping 30 hours with NC off. Standby time stretches across 49 uninterrupted hours. If you are using these all day at work, expect to make it through the entire week under normal usage.

Taking calls is also made simple with the Call button. If you have them paired to Apple Watch, simply press the Call button when your Apple Watch starts ringing. A dual microphone setup will help with Clear Voice Capture. Dual mics separate your voice from the ambient noise that leaks into both mics. This setup attempts to eliminate echoing effect on either end of the call. Having run a short test, the call quality is normal to the other caller. 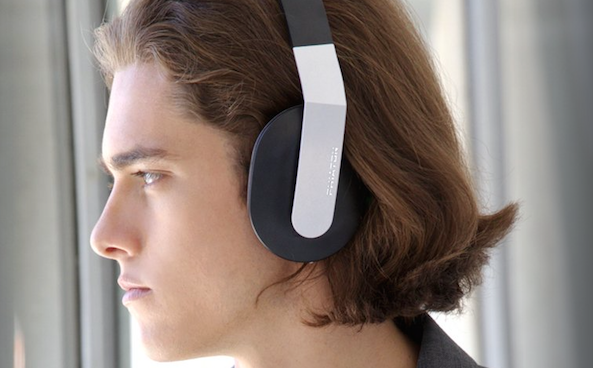 A frequency range of 20Hz ~ 20kHz isn’t the widest range I’ve seen on headphones. The impedance is fairly high at 32Ohms, but giant 40mm drivers help out a lot. To translate, the frequency range prevents super high-highs and really guttural bass. However, they are Bluetooth headphones and I would expect slightly lower performance than similarly priced wired sets. The Ohms mean it takes more power to emit a higher volume. Consequently, there is a slight cap on the volume, but they can get much louder than I’m comfortable wearing. To provide a head to head comparison, the MS 500’s are 15Hz-22kHz and have 16Ohm impedance. All in all, unless you are an audiophile, none of this makes a difference. For a full run down, just take a look at the owner’s manual.

Sound performance is as expected for the price and build. It is a solid sound, with a full range offering. Utilizing a playlist I built at the recommendation of Jam Blog, I could hear the lows, highs, and stereo effects as described. Personally, I found them to perform best for higher end music like classical string instruments, which may be why the guitar scratch produced in The Eagle’s live performance of Hotel California was well created. They are fairly punchy and offer great sound, which preferences modern bubblegum pop music, think Katy Perry, Carly Rae Jepsen’s newest relevance attempt, and Taylor Swift, but these seemed just on the slight side of flat. That’s me being really picky. Having limited Bluetooth experience, they are the best pair I have tested.

Noise canceling seemed a little odd to me. According to Phiaton, the technology “cancels up to 98% of ambient background noise.” I have tried on my fair share of noise canceling cans and was surprised to hear what seems to be white noise in the MS 530’s, when only using the noise canceling feature. I find, typically, most NC cans are mostly silent when blocking ambient noise. The destructive interference signal and anti noise may be producing the white sound. However, it is neither distracting, nor loud.

Phiaton went a long way to offer a very premium experience for one of their top products. The box alone is a marvel of solid corrugated board with a rip tab. Inside, a cut foam bed carefully holds the headphones in place. A slip storage sleeve holds the additional in-box trinkets, including a soft travel pouch with interior pockets. Another attention to detail is Everplay-X, Phiaton’s proprietary name for the headphones still working without a charge with a headphone cable.

A 3.5mm matching designed headphone cable can be used when you’ve listened to all 30 hours of playback. The cable even includes playback controls and a mic, so you can still mostly operate without interfacing with iPhone.

I would like the noise canceling feature to operate without producing any white noise mask, as it somewhat defeats the feature. Additionally, I don’t prefer the on-ear style. I would really rather have headphones, especially noise canceling ones with an over-ear design. However, this is merely a personal preference to the wearer.

The best part of the Phiaton Chord MS 530 Bluetooth and noise canceling headphones is the price. Currently $249 via Amazon, this model is certainly one of the most feature rich options with high performance you can find in that range. For Prime members, you can have them in 2 days.