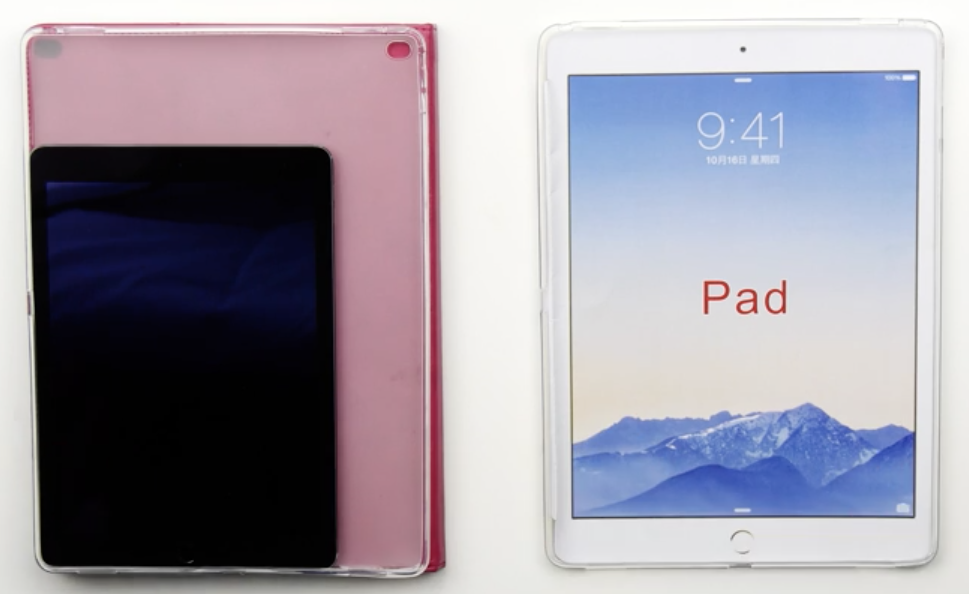 Popular YouTube channel Unbox Therapy on Friday posted a hands-on video with 2 alleged iPad Pro cases, comparing them in size and design with the iPad Air 2. The clip gives you a good idea of how much bigger the rumored 12-inch iPad would be than the current 9.7-inch model.

Additionally, the cases add weight to the accuracy of previous industrial renderings and case leaks. Despite the fact that they come from different manufacturers, and are made up of different materials, they’re identical to both each other and many past cases in terms of size and features.

Note that both cases in the video have the usual matching cutouts on the top and bottom, which are believed to be for quad stereo speakers, and there is a port cutout about halfway down the left edge. The sketch from earlier today did not have this cutout, but it’s been consistent in previous leaks.

Talk of the iPad Pro has kind of quieted in recent months, most likely due to the launch of the Apple Watch and 12-inch MacBook. Expect it to pick back up soon, though, with a recent report from Bloomberg claiming that Apple is planning a fall unveiling for the larger, mouse and USB-friendly tablet.