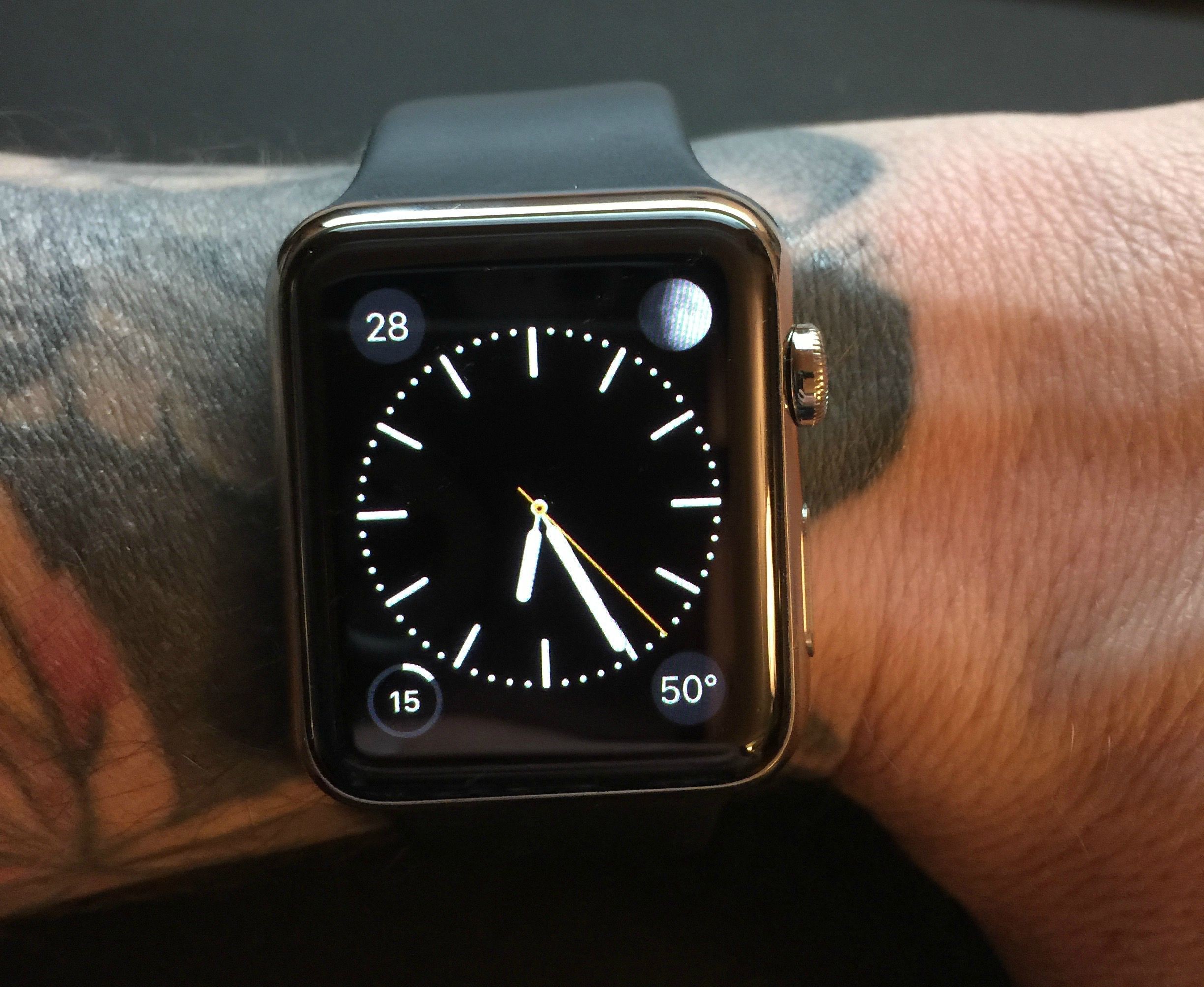 In an update to an Apple Watch support document this week, Apple confirms that tattoos around the forearm and wrist area can impact the heart rate sensor performance on the wearable. Earlier this week, Watch owners took to Twitter and Reddit to complain that their tattoos were causing all sorts of errors with the device.

Apple addresses the issue in a document entitled “Your heart rate. What it means, and where on Apple Watch you’ll find it.” Many factors, it says, can affect the performance of the Watch’s heart rate sensor, including skin perfusion (blood flow), irregular motion/movements, and permanent or temporary changes to your skin.

“Permanent or temporary changes to your skin, such as some tattoos, can also impact heart rate sensor performance. The ink, pattern, and saturation of some tattoos can block light from the sensor, making it difficult to get reliable readings.” Apple says if you’re not able to get an accurate reading, the Watch can connect wirelessly to external heart rate monitors.

While this remedy seems like it would solve tracking issues, it doesn’t appear that this would fix all of the other problems caused by tattoos. In addition to inconsistent heart rate readings, users have also complained their ink is causing the Watch to think it’s not on the wrist, affecting their Passcodes, Apple Pay and more.

As with any first-gen product, using new technologies, the Apple Watch has suffered from multiple glitches since it officially launch last week such as faulty Taptic Engines, Watch Band locking issues and ‘sticky’ Digital Crowns. The wearable is also facing a supply and demand problem, with lead times now slipping to July.