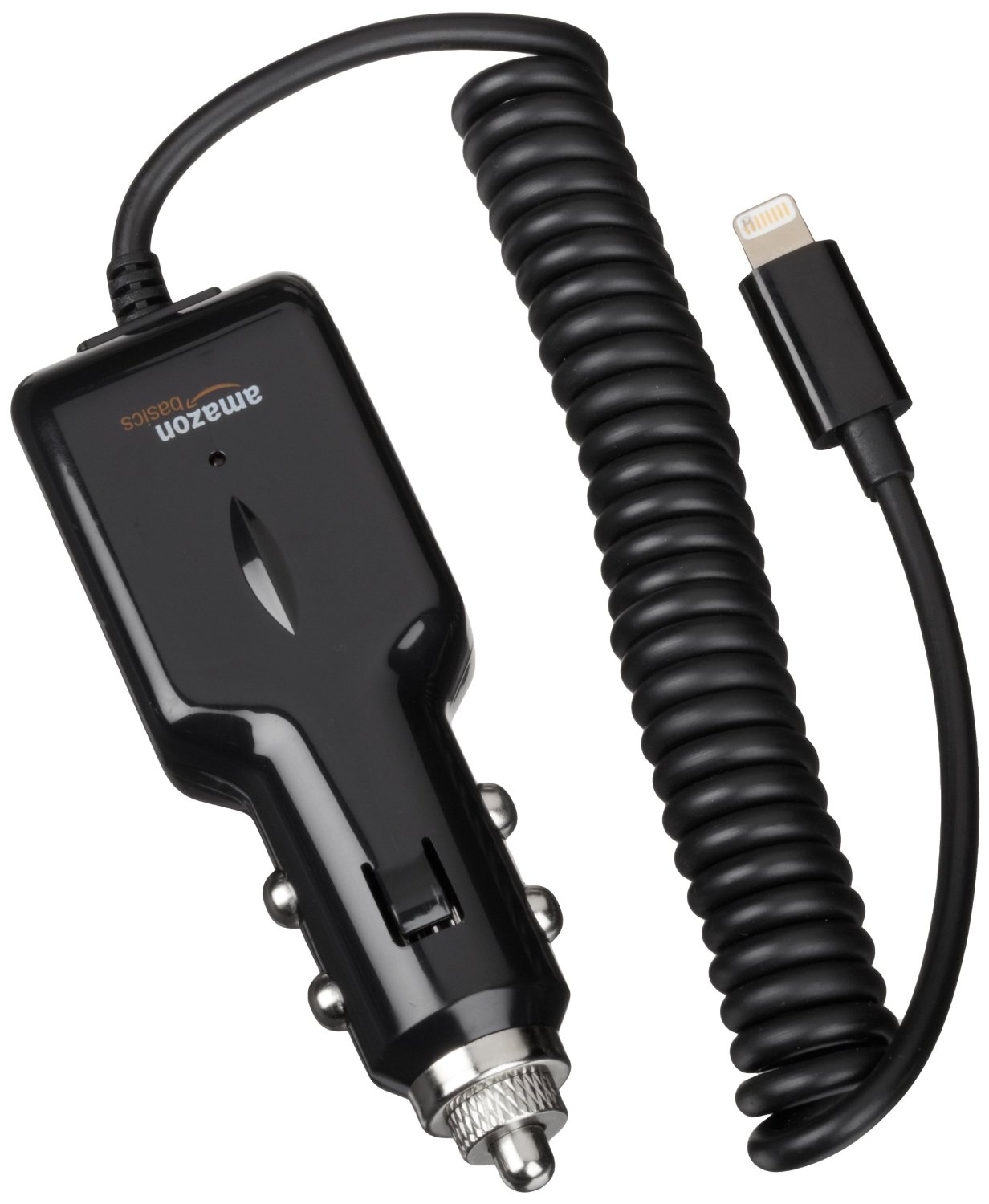 You may have noticed how much juice it takes to run Google Maps or the Maps app on iOS. If you are driving for a long distance, you aren’t going to want to keep your Maps app open the entire time, unless you can charge while driving.

AmazonBasics has an MFi certified Lightning Car Charger allowing you to stay juiced up, even if you are on a long road trip with Spotify playing in the background the entire time.

The charger plugs directly into your car’s DC adapter (also known as the cigarette lighter to the old folks). On the other end is a coiled cord and a Lightning plug, which is MFi certified, so it should work properly, even after future iOS software updates.

It is four inches in length and one inch wide, which does take up quite a bit of room, but car chargers tend to be a bit bulky.

It supports 2.1A output for fast charging, even with the iPhone 6’s advanced technology. It is powerful enough to charge an iPad Air 2.

The coiled cord remains retracted in normal conditions, but can be stretched out to 3.9 feet. If you think you will need a long cord on a regular basis, you may want to use the five-foot straight cord model instead as the coiled cord will rest in the shorter position and only lengthen when stretched by the user.

AmazonBasic’s Lightning Car Charger comes in black and is available on Amazon for $14.

What do you think of this car charger? Do you prefer it to a universal USB charger?