Contrary to popular belief, the Apple Watch has a pretty remarkable battery, a notion driven home by even the toughest of critics and reviewers.

Now that first shipments have arrived into the hands of consumers, and people have spent a day or two with their device, reports are coming in that the wearable device is in some cases dramatically draining the battery of an iPhone it’s paired to.

Our own Oliver Haslam has underscored the phenomenon in his hands-on with the Watch based on his first 24 hours with the device, as did others including former Engadget editor Ryan Block. What gives?

As you know, Watch apps execute on the iPhone as WatchKit extensions, streaming the user interface assets and a storyboard back to the Watch. In addition, the Apple Watch uses the GPS and Wi-Fi in your iPhone, putting an additional strain on the smartphone’s battery life.

Interesting enough, as the screenshot below that Block tweeted out attests, the culprit could be the iPhone’s Apple Watch companion app. 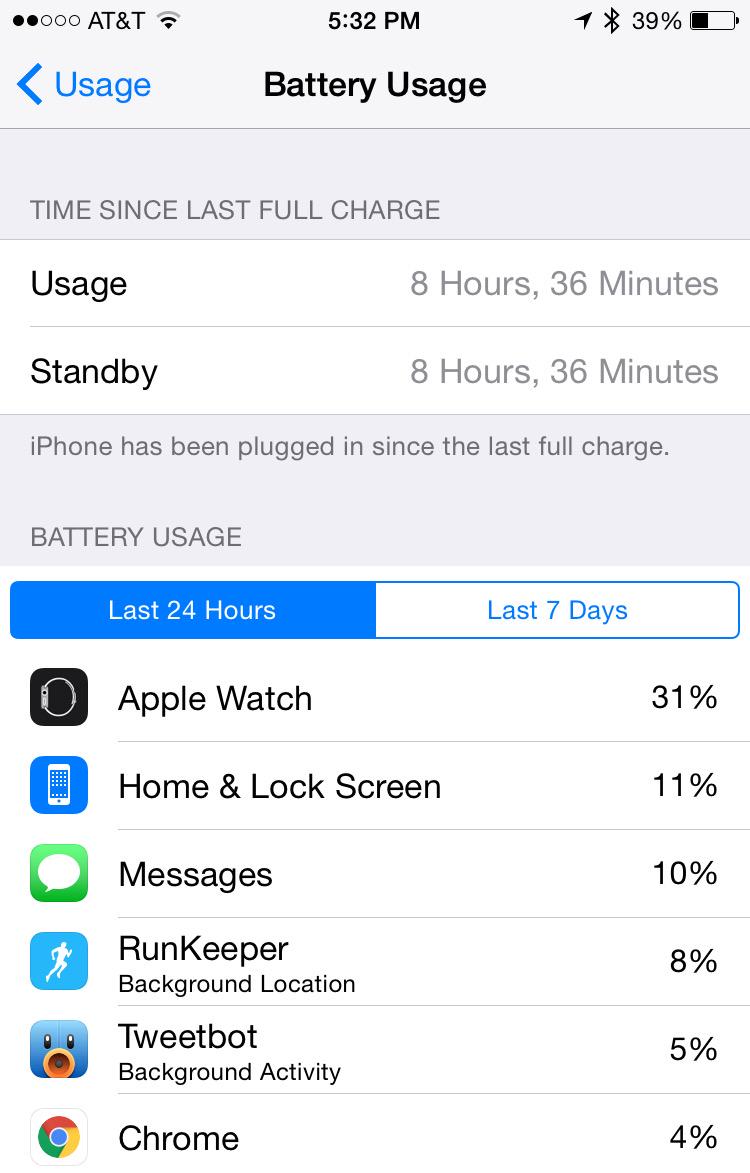 I’m sure you’ll agree that such a huge battery drain seems abnormal for what should be a paired device that just sends quick bursts of data.

At any rate, his finding was echoed by John Byrne, who suggested that force-quitting the app seemed to help alleviate the issue at least a little bit.

To do so, double-press the iPhone’s Home button to bring up the task switcher and flick the Apple Watch companion app out of view. 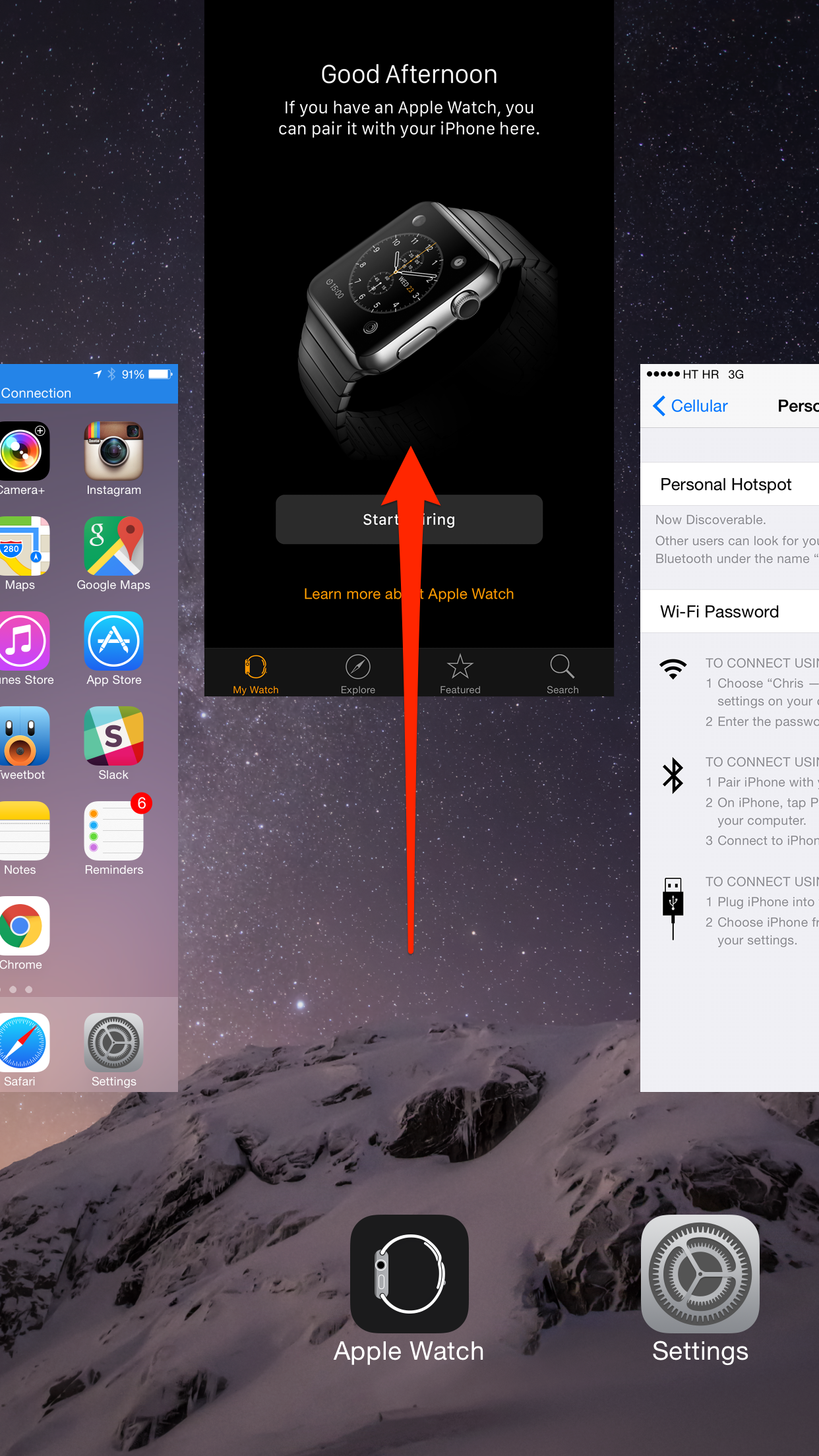 A discussion thread on MacRumors’ forums provides similarly mixed results. One MacRumors poster noted that checking email on their Apple Watch resulted in a significant battery drain on the iPhone.

“Pre-Apple Watch I would routinely see my iPhone 6 go through a day’s use without charging,” iDownloadBlog’s Oliver Haslam wrote in his Apple Watch hands-on.

“Since I got the Apple Watch, that has dramatically reduced. The first day of Apple Watch usage saw my iPhone die after just 13 hours. That’s with neither the watch nor the iPhone being used for a solid 3 or so hours because I was at a football game, too.”

Hopefully, Apple will address this in a future iOS/Apple Watch OS firmware update. Moreover, Apple said that native Watch apps will be allowed later this year. These apps will supposedly run on the device itself, meaning the Watch and phone shouldn’t need to talk to each other quite so much, thus saving battery.

What’s your experience with the Apple Watch in terms of the iPhone battery drain? Has your iPhone’s battery improved, worsen or stayed the same as a result of your Apple Watch use? Did force-quitting the Apple Watch companion app help?