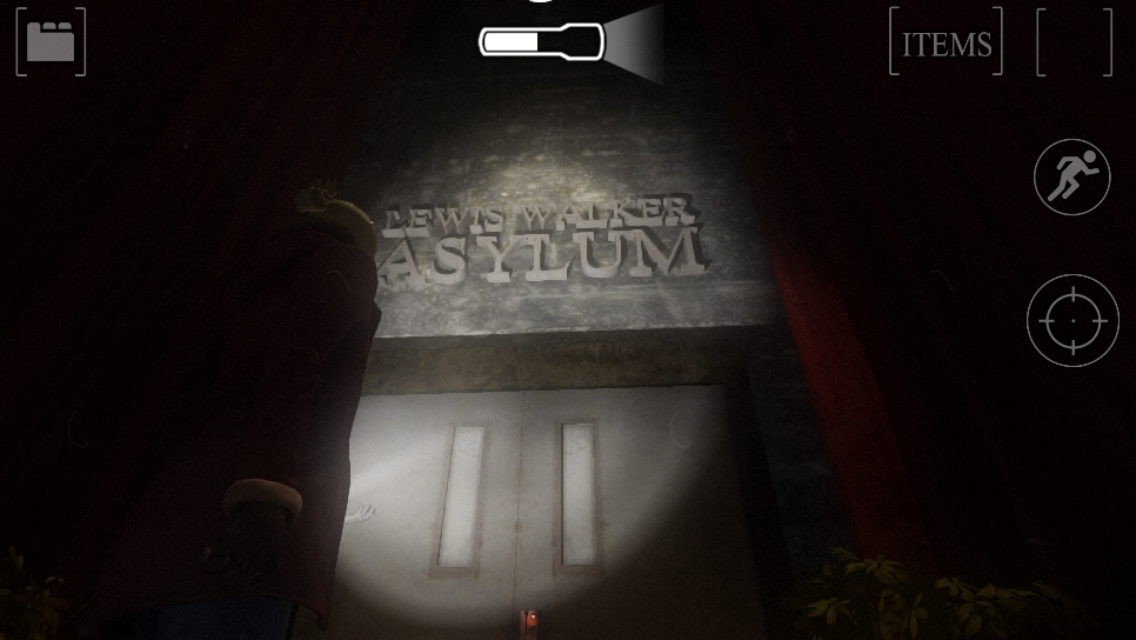 For years, the survival horror genre has suffered from a bit of an identity crisis, with genre mainstays straying into everything from action adventures to point and click romps. With Forgotten Memories: Alternate Realities, developer Psychose Interactive seeks to resurrect the ideals that made survival horror great and prove that the early games in the genre got it right the first time.

In Forgotten Memories, players assume the role of Rose Hawkins who is simply trying to track down a missing little girl. The clues, as they so often do, lead her to an abandoned asylum, which she bravely enters, only to quickly be shot, lose her memory, and offered help by a disembodied voice. The tropes may be out in force, but they are well executed and collected in a way that makes the overall story compelling. 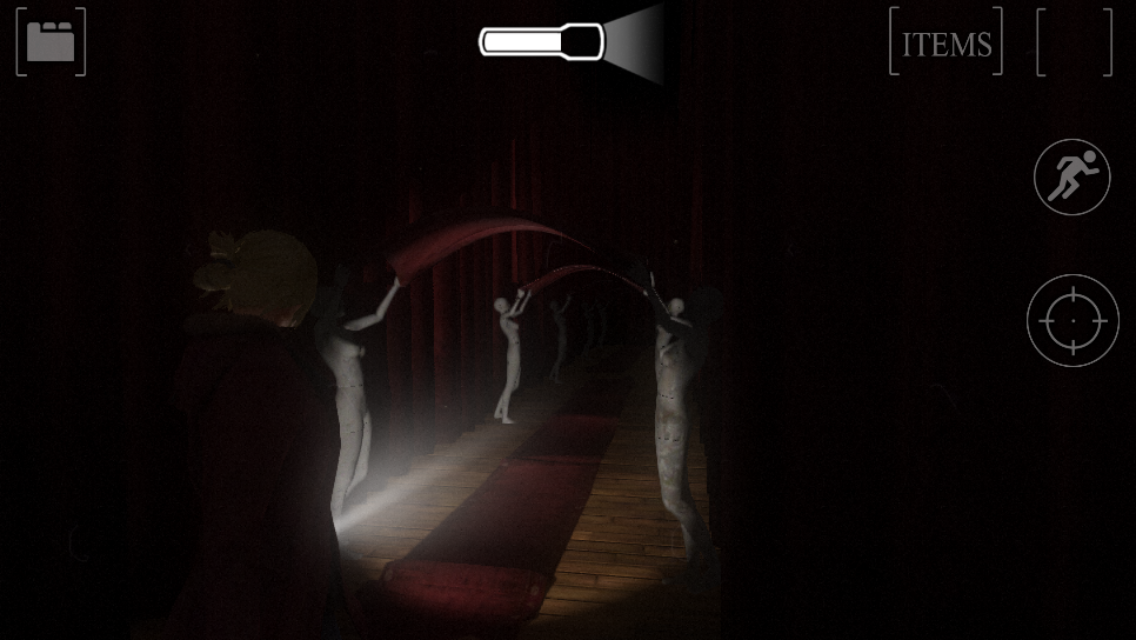 This game looks fantastic. It’s not just the graphics that are impressive though, the art direction is what really makes this game shine. Little touches of brilliance populate the entire experience. The color of the environment turns monochromatic as your health depletes. The sound of your footsteps echoes and reverberates depending on the room and the floor. Realistic shadows play across the walls as you move, making you second-guess your safety. Everything about this game is designed to plunge you into a world that is simultaneously familiar and grotesque, and it works like a charm.

This game’s voice acting also deserves a special mention, with some seriously talented genre greats making appearances. Some may consider going into more detail a mild spoiler, so let’s just say that the cast is impressive and the talent goes a long way towards making the game as engrossing as it is.

The controls are akin to most modern games, with the touchscreen taking on the characteristics of a controller’s left and right analog stick. Tapping the left side of the screen will create an anchor point for your movements. Swiping from this point in any direction will cause your avatar to move in a corresponding manner.

The right side of the screen is dedicated to changing your point of view. The developers tried to make up for the medium’s inherent lack of buttons by relegating certain actions to toggles. Running, for instance, is initiated and disengaged by tapping an on-screen icon. Your combat stance is also enacted in a similar way, as using weapons on the fly is not permitted.

The asylum also houses several other survival horror tropes, such as a quickly depleting flashlight battery and a save system that is almost impossible not to compare to Resident Evil’s. In order to save, players must find floppy disks then use them at computer terminals scattered around the environment. There are no checkpoint or quick saves to be found in the realm of Forgotten Memories. 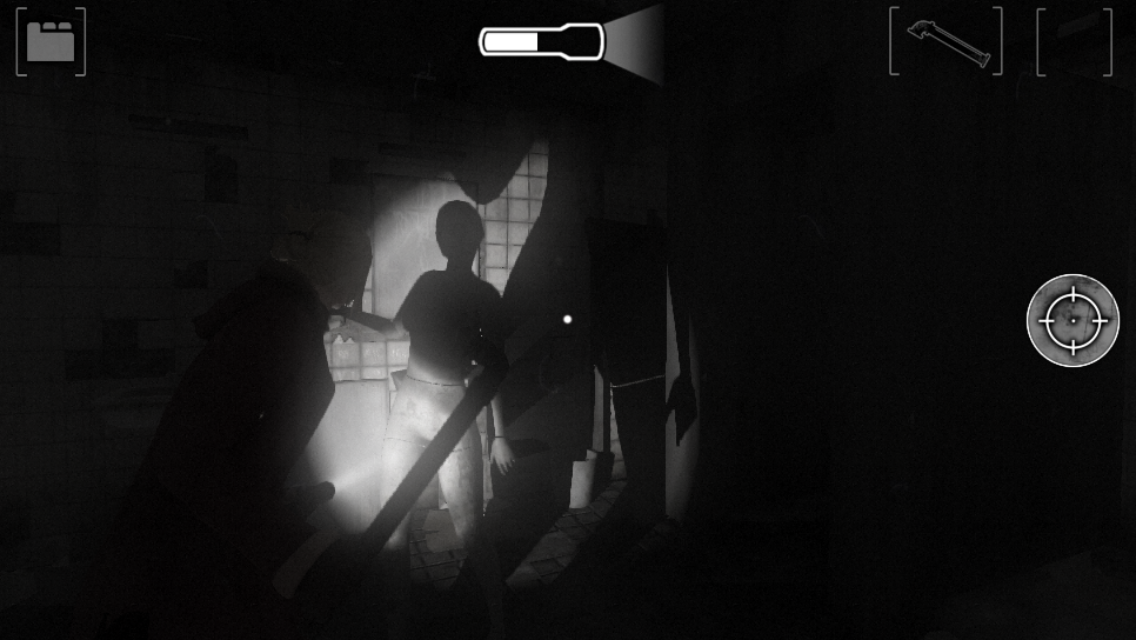 The look, sound, and feel of this game are spot on. The developer nailed the atmosphere they were going for, and Forgotten Memories is an intensely energizing experience as a result.

This game is difficult for a reason. It was deliberately crafted to harken back to a time with higher stakes and harsher penalties. This is par for the course for most old school survival horror games, but some may find this mentality off-putting, especially those with little nostalgia towards the genre.

Personal preference aside, Forgotten Memories’ controls are just unwieldy enough to make the game’s difficulty feel a little unjust at times. When coupled with the save system, this can make you feel more frustrated than scared, and that’s one horror no one wants in their games.

For $4.99, you can start to explore the mannequin infested halls of Forgotten Memories for yourself. The game itself takes around four or five hours to complete, but after that, there is very little replay value. Once you know where the scares will be coming from, the game loses its tense atmosphere and the limitations of the controls come into harsher focus.

That’s not to say that the game is a poor value though. This game’s stellar graphics, sound design, and intense polish make your initial journey well worth the price of admission, though that price will be increasing after the initial launch week.

If you are looking for an atmospheric challenge or are at all interested in survival horror, this game is easy to recommend. Despite its flaws, it does a fantastic job of bringing the things that made the genre great back to life. For newcomers, Forgotten Memories may be a bit harder to get into, but if you’re feeling brave enough, then what could be better than a stroll through your friendly, neighborhood asylum?

Although hampered by restrictions when being ported, Bioshock is still one of the most atmospheric games on iOS. If you’re a fan of survival horror and haven’t checked the game out on any other platforms, you owe it to yourself to give it a try. A more recent horror offering from the App Store would be Lost Within.