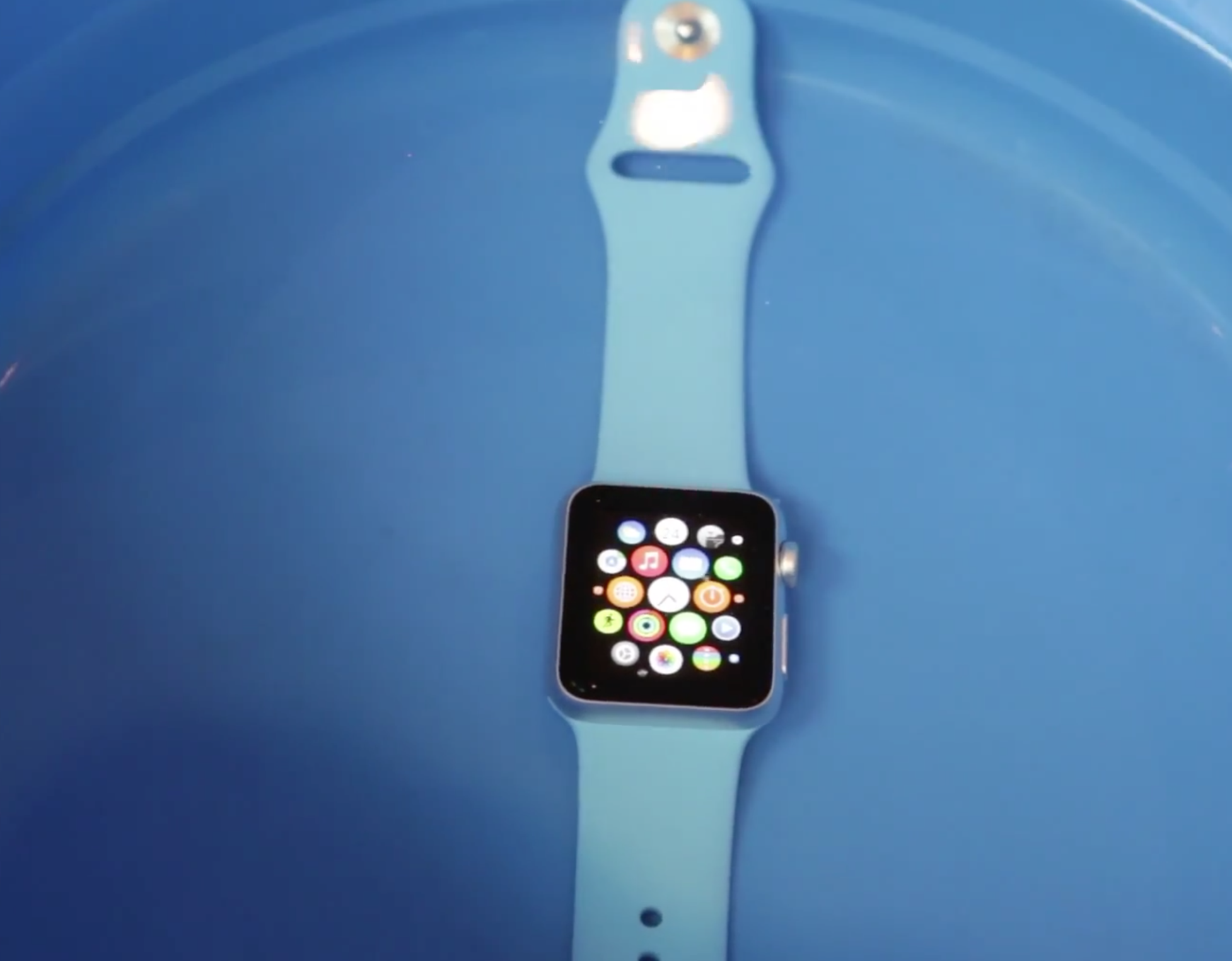 You know, I was considering doing a “shower test” when I received my Apple Watch today, but I’m pretty confident that that’s no longer necessary. The Apple Watch appears to be water resistant enough to easily manage a shower or a splash. In fact, in this video, an early Apple Watch Sport adopter submerges the device in water for five minutes at a time. He even takes the Apple Watch for a swim in a pool. Watch this video and see the evidence for yourself.

Initially, we didn’t even think it would be possible to take a shower while wearing with the Apple Watch. Then, Tim Cook was quoted, perhaps a bit out of context, as saying that he wears his watch while showering. And finally, at its last media event for the highly-anticipated wearable, Apple officially stated that the watch is splash proof and water resistant, but not waterproof.

In the video above, it doesn’t look like the guy was deeper than 1 meter (3 ft), and he states that he did the tests for 5 minutes at a time. So he appears to be within the IPX7 specs, and hence we shouldn’t be surprised that it held up as well as it did.

I’m never going to take my Apple Watch swimming, but I will be using it regularly in the shower to listen to podcasts, and that’s going to be epic. What about you? Do you plan on getting your Apple Watch wet?