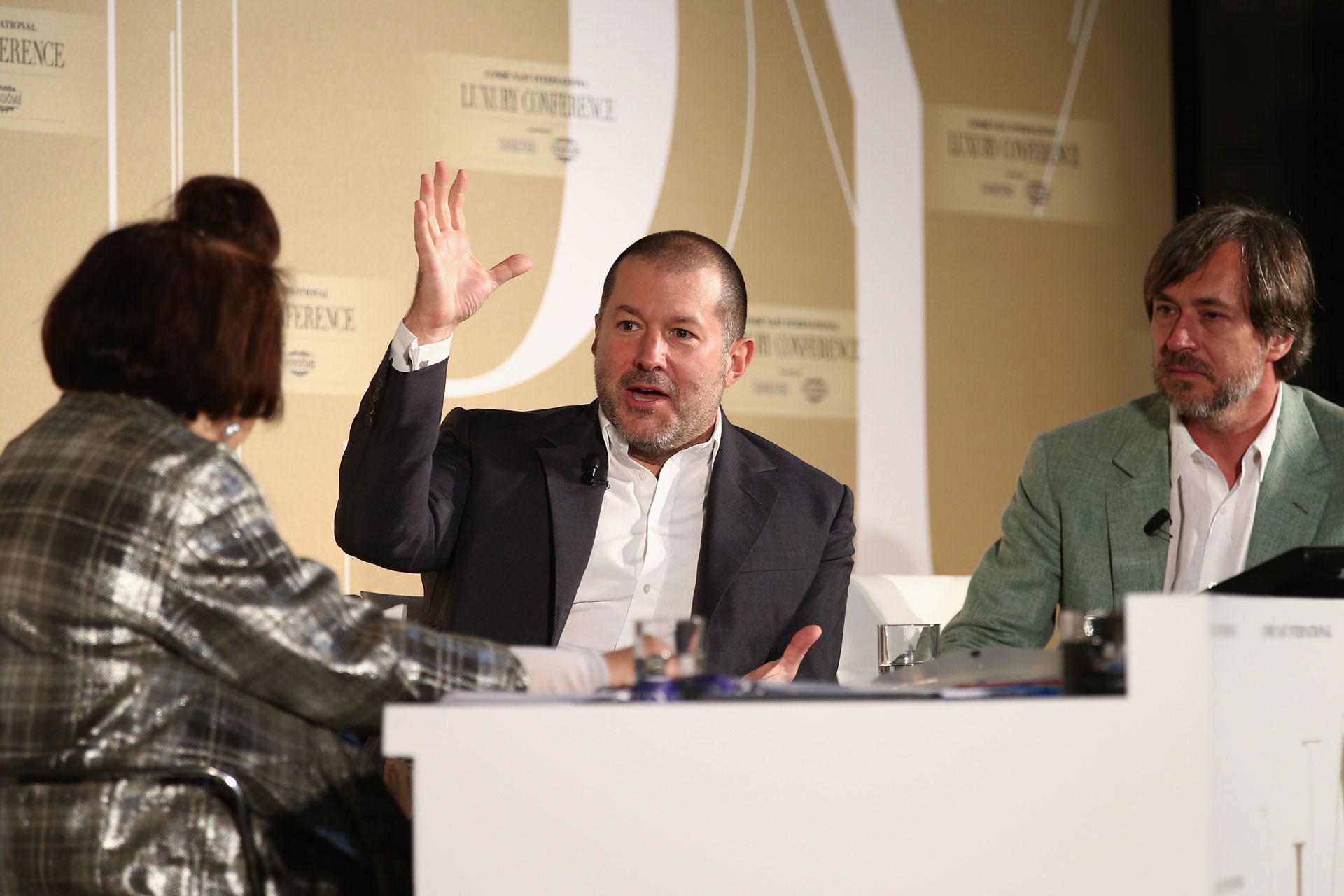 Jony Ive is in the limelight again. Earlier this morning, Condé Nast’s inaugural International Luxury Conference kicked off in Florence, Italy — the birthplace of the Renaissance – and Ive, Apple’s Senior Vice President of Design, was joined on stage by fellow industrial designer Marc Newson, who helped create the Apple Watch.

As reported by the British edition of the fashion magazine Vogue, Apple’s wrist-worn device was the chief topic of conversation, with Ive discussing how Apple’s approach to 21st-century luxury compares with traditional luxury as we know it.

“I think that we’re on a path that Apple was determined to be on since the Seventies, which was to try and make technology relevant and personal,” said Ive, adding that Apple has failed if its users struggle to use the technology.

In explaining that Apple doesn’t look at the world through predetermined market opportunities, the design tzar underscored the importance of developing something painstakingly.

“It’s not so much about things being touched personally – there are many ways to craft something,” he said. “It’s easy to assume that just because you make something in small volumes, not using many tools, that there is integrity and care – that is a false assumption.”

Back when Apple had been developing the iPhone, everyone on the team hated their cell phones. “When we started on the iPhone it was because we all couldn’t bear our phones,” Ive acknowledged.

But things are different with the Watch as Apple is entering an established market with capable products that have strong focus on fashion and luxury. Although “We all loved our watches,” he said the wrist provided a tremendous opportunity to innovate as it was “a fabulous place for technology”.

“I don’t know how we can compare the old watches we know, with the functionality and the capability of the Apple Watch,” he responded when asked to compare Apple’s approach to 21st-century luxury to the traditional luxury as we know it.

With the Watch it is the first time that we can assume someone has something intimately connected with them for most of the day – you can’t do that with the phone, so it opens up new ways of communication.

And here are Jony Ive and Marc Newson posing for a shot. The iPhone maker hired Newson last year to help develop the Apple Watch. 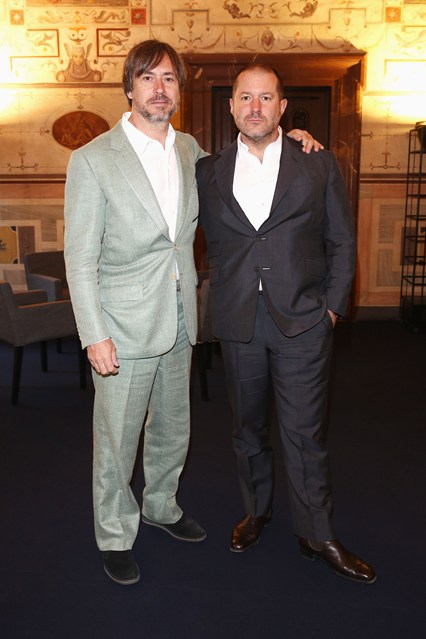 “Machines for us are like tools for the craftsman,” Newson said. “We all use something – you can’t drill holes with your fingers. Whether it’s a knife, a needle or a machine, we all need the help of a device.”

Ive and Newson, who’ve known each other “for 20-odd years,” went on to explain their love for materials because both men “appreciate the skill that it takes to put something together” as they come from a standpoint “of being taught manually.”

“We both grew up making things ourselves, and I don’t think you can design in materials without understanding their exact attributes,” said Ive. “For the watch we developed our own gold because we loved how it felt. It’s that love of the material that drives so much of what we do.”

Ive doesn’t know what happens next as the consequence of the path the company has embarked on, but expressed hope that people will like the Apple Watch “and find it a beautiful item” because the team went to great lengths to ensure the device wouldn’t be built to a price point or a schedule.

The whole write-up provides yet another fascinating insight into the mind of arguably Apple’s most important employee, spiced up with more interesting quotes and anecdotes.

You’re wholeheartedly recommended to hit the source link below or save the article for later. For those wondering, Condé Nast International Luxury Conference runs from April 22 to April 23, 2015 in Florence, Italy.