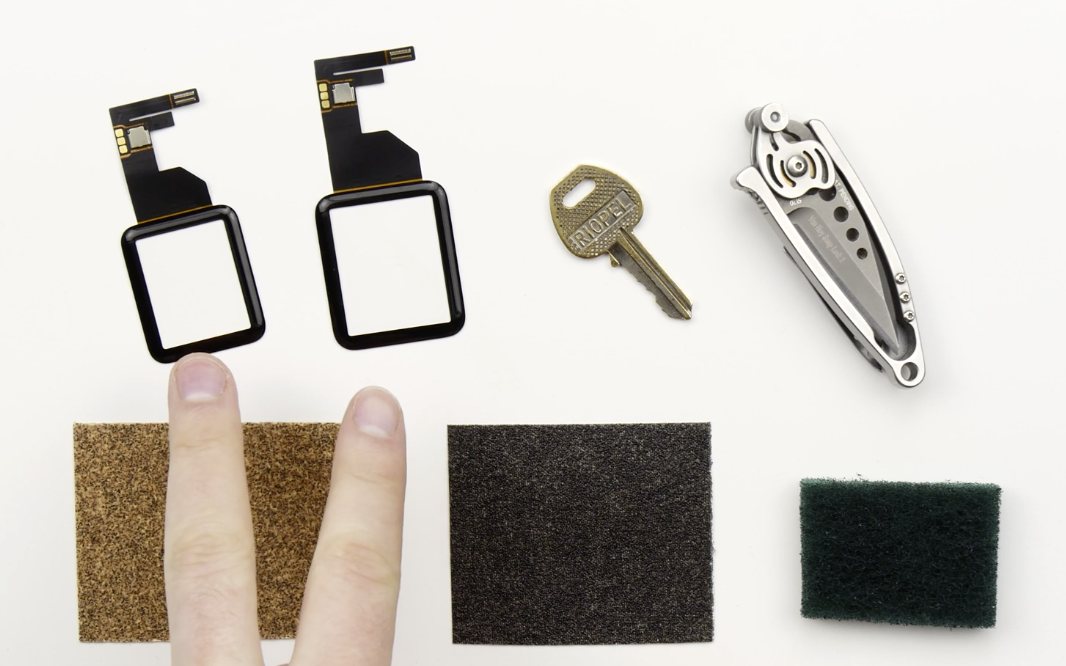 Ion-X glass is a panel stronger than typical glass—think Gorilla Glass levels here—but I don’t think anyone’s questioning the fact that it’s inferior in some ways to the sapphire glass gracing the more expensive models of the Apple Watch. So the question stands to be asked: how well will the Apple Watch Sport’s Ion-X glass stand up to wear and tear? How well will it stand up to outright deliberate abuse?

As noted by 9to5mac, Popular bearded YouTuber, Lewis Hilsenteger, better known around YouTube circles by his moniker Unbox Therapy, seeks to answer the question. If Hilsenteger seems familiar, it’s because he’s the same guy who brought us the infamous iPhone 6 #bendgate videos. Watch and see what happens when he puts the Ion-X glass under an extreme series of scratch tests.

Spoiler alert: Keys don’t affect the glass, and even knife doesn’t do any harm to the Ion-X glass. But what about steel wool and sandpaper? Hmm, watch the video and find out for yourself.

The good news is that most of these circumstances are extreme, and the Ion-X glass should hold up during regular usage. Even better is the fact that Ion-X glass is more flexible than sapphire, so in theory, while the Apple Watch Sport may be more prone to scratches than the Apple Watch and Apple Watch Edition, it may be less prone to shattering on impact.

What do you think? Does this scratch test change your opinion about the Apple Watch Sport?