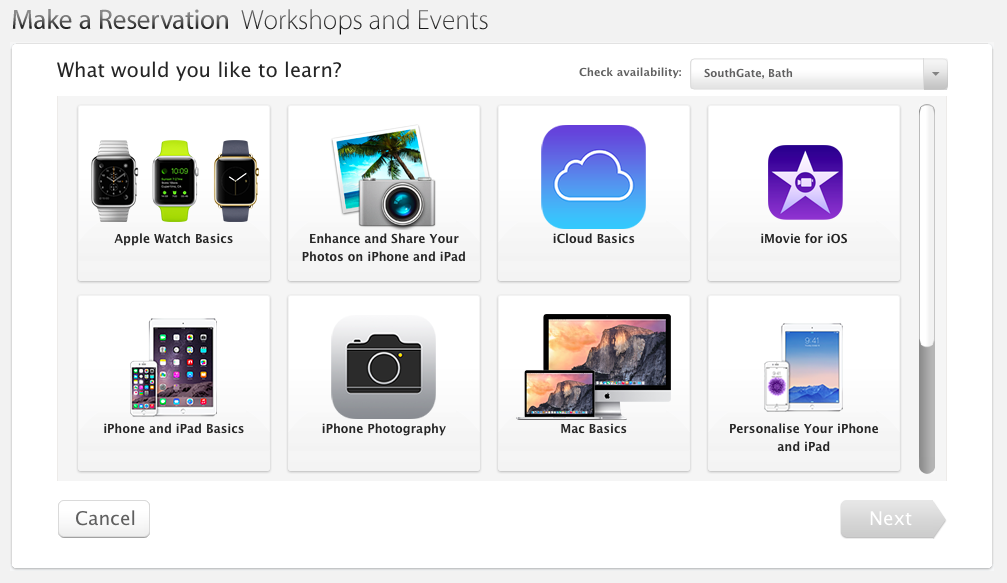 In a bid to get new Watch customers up to speed and help them learn how to use their Apple wearable device, select brick-and-mortar stores are now offering a brand new workshop called ‘Apple Watch Basics,’ MacRumors discovered earlier today.

The program can be booked now and is showing up as a Concierge option on Apple’s website, with first in-store workshops slated to begin on April 24. According to Apple’s website, select stores both in the United States and in other countries are offering workshops as of today, including locations like Xidan Joy City in China.

Each session runs one hour and thirty minutes long, with workshops taking place at 1.5 hour intervals all day long, in most locations. “It appears that some locations may also be offering extended hours to allow more time for hosting workshops,” MacRumors noted.

Interestingly, some stores are showing additional Apple Watch classes like a “Stay in Touch with Apple Watch” lessons also available in select locations.

If the title of the workshop is an indication, it covers the basics of navigating the Watch’s user interface, using stock apps, changing settings of the device, using the companion iPhone app and other topics for beginners. 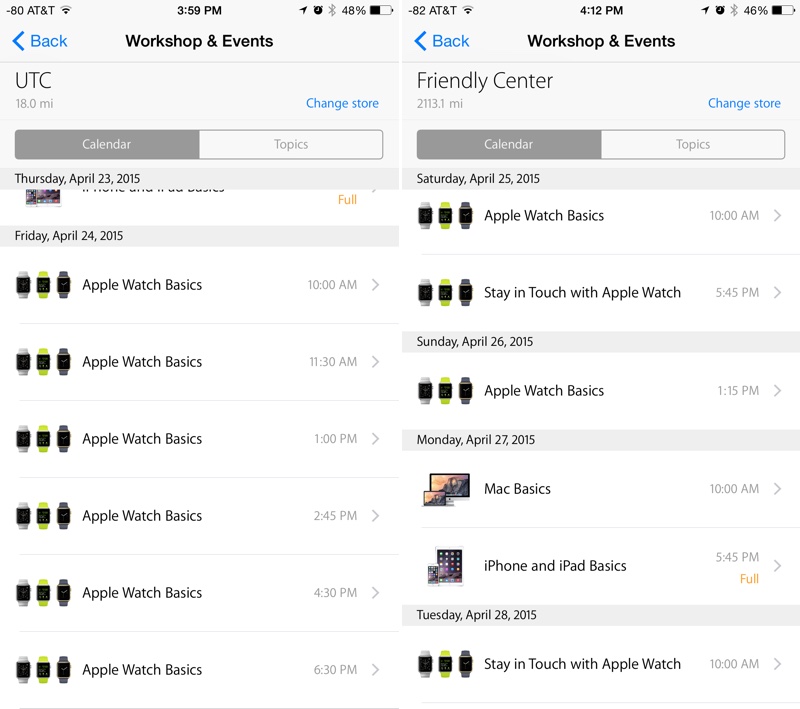 Apple writes, “Bring your Apple Watch — along with your iPhone — and get familiar with your most personal device yet. We’ll show you how to get started using Glances, gestures, watch faces and more.”

In addition to individual retail store websites in the United States and elsewhere, customers can book their workshop appointment through the Stores tab of Apple’s free Apple Store shopping app for the iPhone and iPad.

Curiously enough, flagship locations, like the Fifth Avenue store in New York, are not yet accepting reservations for the Apple Watch Basics lessons.

Check with your local Apple Store for workshop availability.

The company is likely to roll out these workshops across all Apple Stores by April 24.