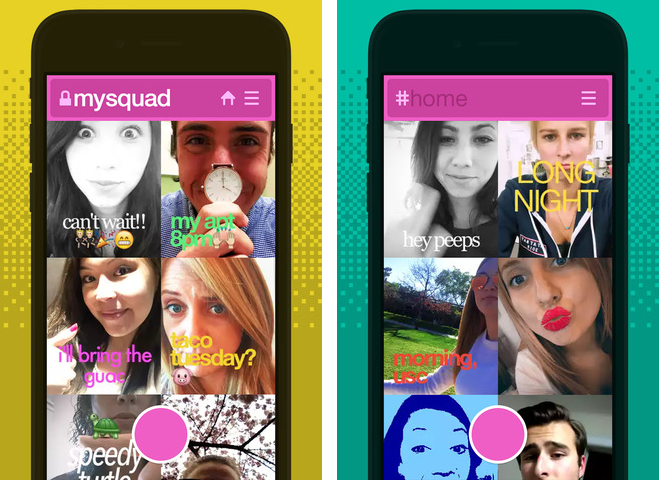 A brand new app by Path creators (you do remember Path, don’t you?), called Kong, is now available at no cost in the App Store. Billed as a piece of software designed to play with your selfies, Kong unleashes your imagination by letting you create GIFs of yourself in an instant.

You can make the bite-sized animated GIFs more interesting by adding text, applying filters to your selfie and more.

Your animated meme can then be shared with a private circle of friends or with the web at large through Twitter, Facebook, Instagram and other services. Kong is actually quite cool and addictive, let me explain why.

As mentioned before, you can add captions — useful if you’re going to be creating shareable memes. To add some type, tap on the top left tile which represents your camera view.

A keyboard will launch allowing you to type in a short message that will appear on the image. Swiping left or right changes filters and fonts. To share your creations, just scroll to the top of the channel and then press and hold on the circle to record.

Here’s an example animated GIF created in Kongo by co-founder and CEO of Path, Dave Morin.

According to Ryan, the idea started fairly simple last summer:

We asked ourselves, what if we created an app that was faces only? Inspired by the thought that if we could get it right, an idea like this might bring you more faces that you care about each day. I drew a grid that split the screen up into 6 boxes, one for you and five boxes for friends.

The default Home channel allows you to follow friends and check out posts of friends you follow. Channels can be public or private and each member of a channel gets to publish one bite-sized photo per channel.

This makes the app feel a lot like a visual Twitter among friends because it only shows the most recent kong from the user. You join a public channel simply by typing in the channel name and posting to it. To join a private channel, a member of channel needs to add you to the channel.

To start your own channel, type in a word that hasn’t already been used in the Channel list, then post a photo or video, make the channel private or public and invite people to join in. You can also tap the plus sign on any channel to invite specific friends via SMS, Email, Twitter and more.

Needless to say, posts in private channels can only be seen by members invited to the channel. Channels can be set to live forever or disappear after a predetermined timeframe.

The 5.2-megabyte app requires an iPhone or iPod touch with iOS 7.0 or later. Kong lacks a native iPad interface.