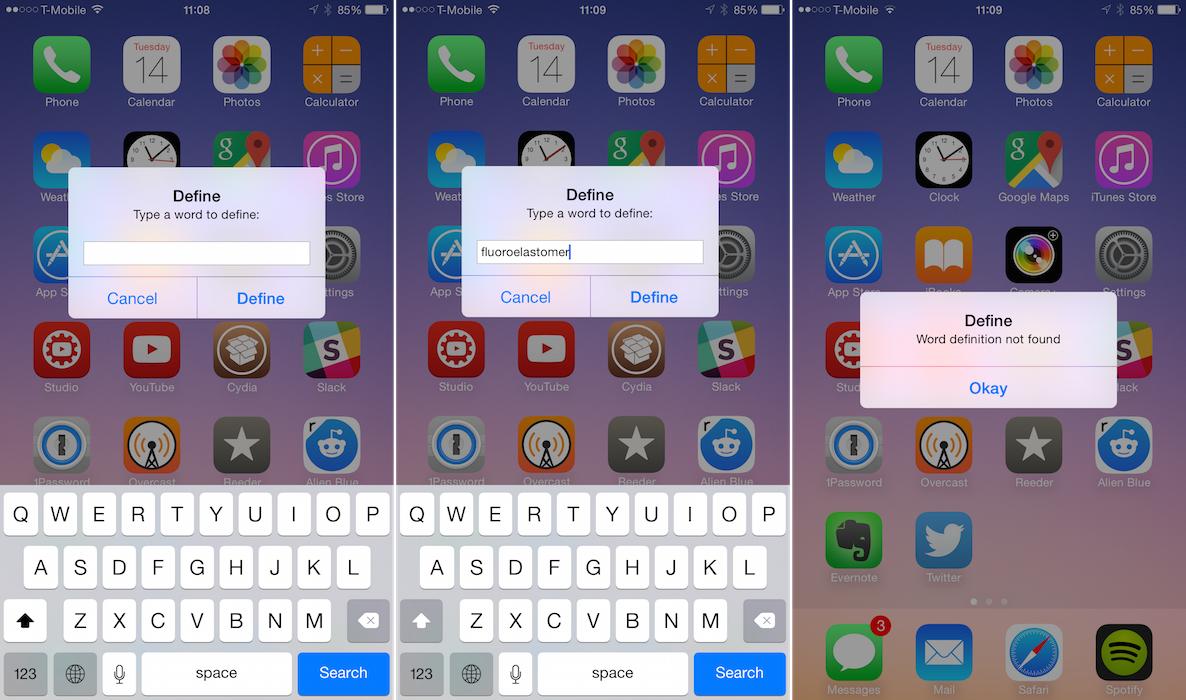 Have you ever wanted to quickly learn the definition of a word, but you weren’t actually viewing the word on your iPhone? Sure, you can use Siri, but sometimes even that’s not a option or a possibility.

Define Activator is a new jailbreak tweak that allows you to define text using a preset Activator gesture. Once you invoke the assigned gesture, a pop-up box appears where you can type in the term that you wish to define. 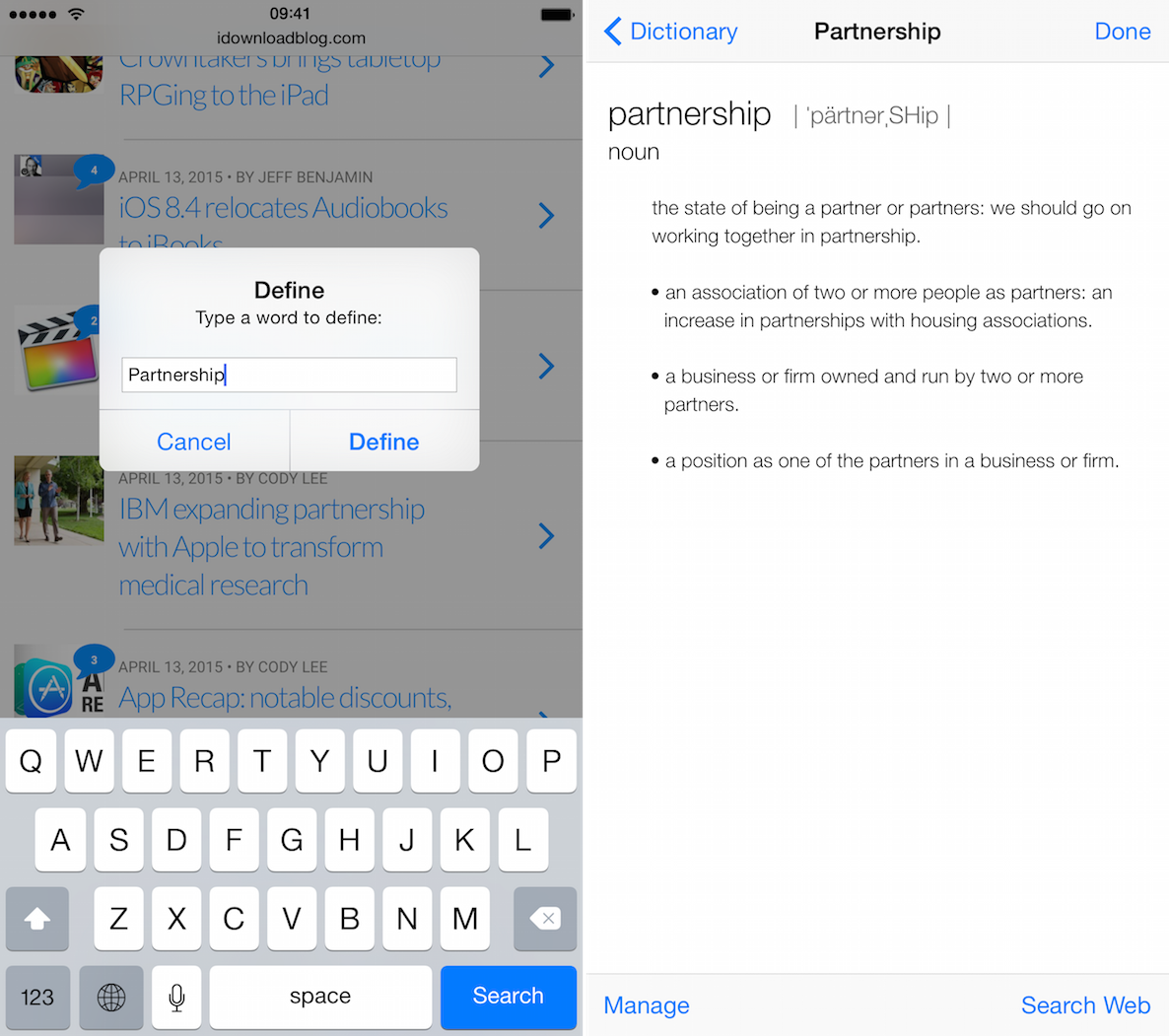 After you type in the term, tap the Define button, and the traditional iOS dictionary interface will appear with a definition. If there is no definition for a word, then the dictionary will present a pop-up that simply states that the definition is not found.

Define Activator is a great way to discretely look up definitions on the fly. If you’re someone who always relies on a dictionary, then it’s certainly worth checking out.

You can find Define Activator free on Cydia’s BigBoss repo. Once you install it, simply head to the Activator preferences, and establish a gesture to mate with the Define action.

What do you think about Define Activator? Would you use it?