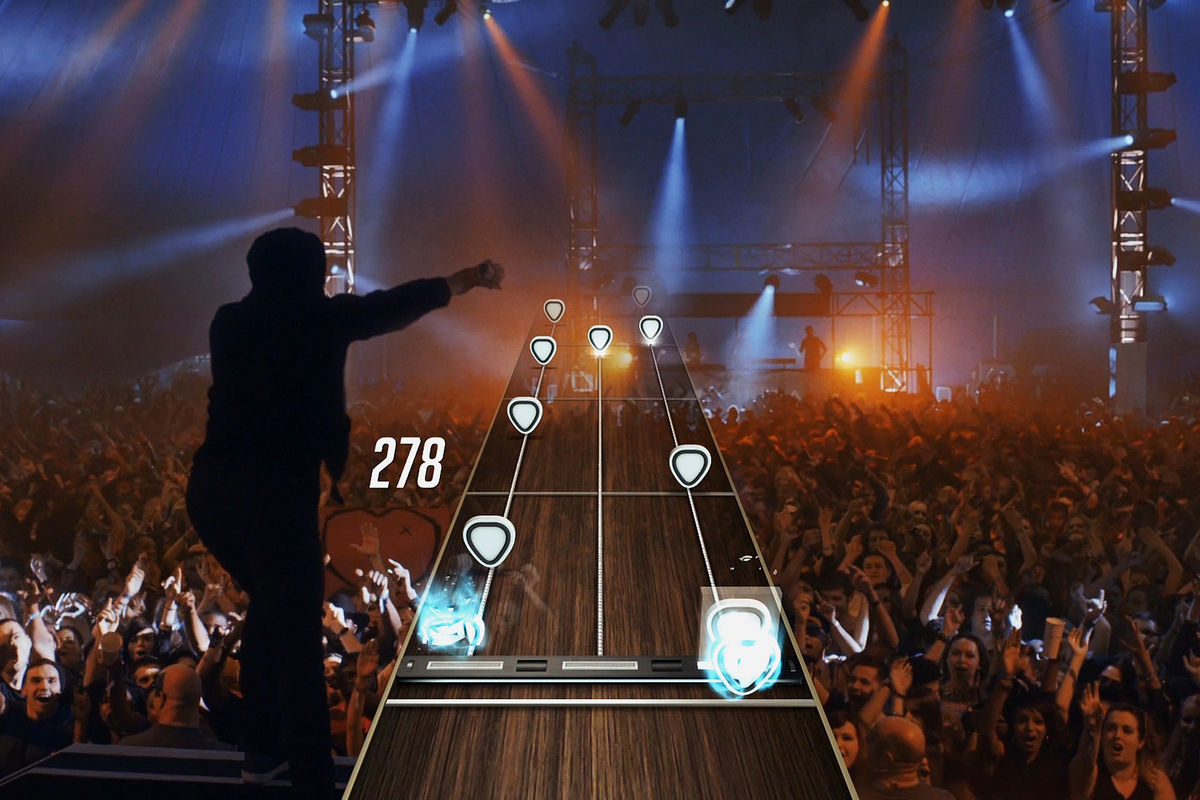 Gamers rejoice, Activision Blizzard Inc. has confirmed that it’s reviving its Guitar Hero franchise this year, and it’s bringing it to mobile. Bloomberg reported on Tuesday that, after a five-year hiatus, the California-based publisher has begun work on a new version of the popular video game for consoles, tablets and smartphones.

“Now fans can unleash their inner rock star anytime, anyplace using a phone or a game console,” Activision Chief Executive Officer Bobby Kotick said in a statement. The new product is said to cost $99, and will follow tradition in allowing players to jam on a toy guitar to music from artists such as the Black Keys and Fall Out Boy.

Things will feel a little more realistic this time around, though, says Activision creative director Jamie Jackson. The cartoonish-looking characters from past games have been replaced by filmed footage of actual audiences and band members, and the new guitar features parts that look like brass, as well as a raised, black pick guard.

It seems that a lot of major video game companies are beginning to look at the mobile space more seriously now than they did a few years ago. Today’s Activision press release comes just a few weeks after Nintendo’s surprising announcement that it has partnered with DeNA to bring some of its popular franchises to mobile devices.