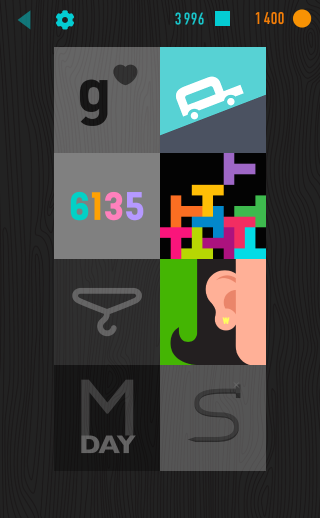 Whether or not you recognize the term, it’s safe to say we’ve all encountered a rebus before. These popular puzzles are subtlety hidden throughout our daily lives. They sneak onto billboards in the form of company logos. They appear in text messages as strings of emojis. They even infiltrate Instagram without people realizing they are creating them. Now these complex image puzzles have ambushed the App Store in the form of REBUS by Jutiful.

A rebus is a puzzle comprised of pictures or letters. When viewed in a certain way or literally sounded out, these images and characters will form a specific word or phrase. REBUS adheres to its namesake quite strictly and doesn’t really add anything to the traditional formula. Each rebus is presented in boards of eight. In order to move on to the next board you need to solve six of the available puzzles. This does a great job of splitting the game up and allows for a little leeway if you become hopelessly stuck.

Jutiful certainly understood the importance of graphics when creating these image dependent puzzles. The entire app is gorgeously detailed. There is a touch of woodgrain to the background, a sense of depth given to the puzzles, and the UI is smartly constructed so as not to detract from the art style. The minimalistic style of the individual puzzles is also extremely well done. Top to bottom, this is an amazing looking app. The sound, on the other hand, leaves a lot to be desired. There is no music in REBUS, and the sound effects are grating at best. 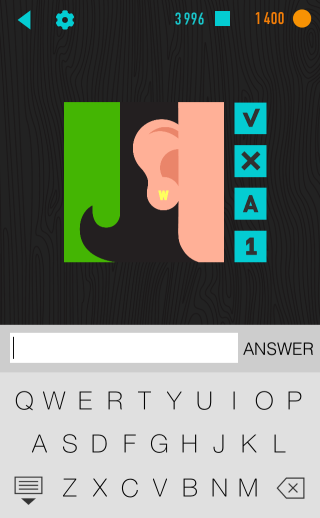 Playing REBUS is a cinch. Once you’ve figured out the answer simply tap the answer bar to bring up a keyboard and type it in. If the clues prove to be a little too obscure there are four different abilities you can make use of to simplify things. One simply gives you the answer, another removes all the incorrect letters, yet another displays how many letters the puzzle contains, and the final one shows the number of letters as well as revealing one. REBUS also allows you to quickly skip back and forth between puzzles by swiping left or right, which is a great little touch.

This game is fairly refreshing as far as App Store puzzlers go. For some reason, rebuses are seldom used in the medium, and it’s nice to experience a fresh type of puzzle game. The art in this game is also fantastically done, which elevates the puzzles to another level.

The absence of music in REBUS feels out of place, and it accentuates the rather annoying sound effects. This game’s difficulty has the tendency to fluctuate wildly, as everyone will react to certain images differently. This is present in any puzzle game, but it is certainly more pronounced when dealing with rebuses. The pricing model for REBUS is also a bit odd. 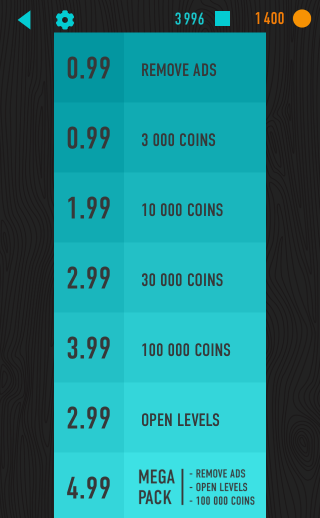 REBUS is a little heavier on microtransactions than most puzzle games. The abilities mentioned above all cost in-game coins to utilize. You get a few coins for finishing each puzzle, but each power up costs a small fortune. If you find yourself needing a hint often, it won’t be long before you run out of the currency altogether. Once that happens, there is no way to progress other than through in-app purchases. You can unlock all the levels for $2.99, but individual hints will still necessitate additional trips to the shop to plunk down real world cash. The game is free to download though, and it is possible to get through it without spending any money.

I love the look of REBUS, and the puzzles are challenging and fun. I wish that the game used a lighter touch with the microtransactions, but overall it doesn’t detract from the experience too much. Though there have been a slew of image-based puzzle games on the App Store, rebuses have surprisingly seen little play. This makes REBUS feel fresh and exciting, and I recommend puzzle fans at least give it a look.

The art style and game play are both reminiscent of Icomania.