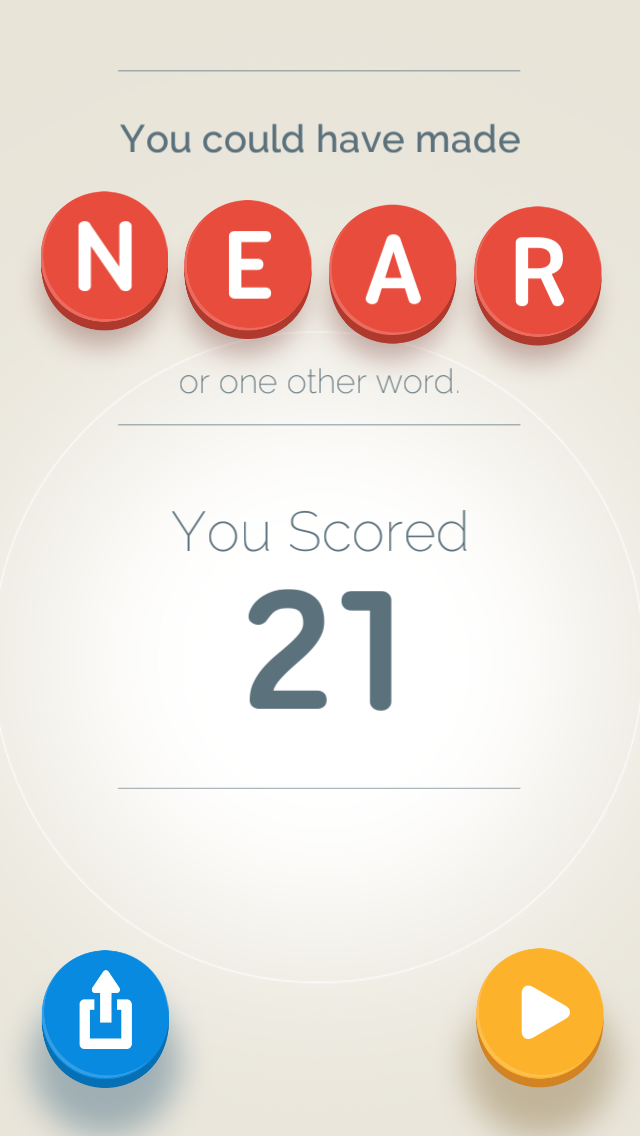 How many four letter words can you think of? No, this isn’t some crass joke. It’s the concept of Prodigy Design’s new word game, Four Letters. Four Letters assigns players the deceptively simple task of rearranging four random characters into a word. It may seem easy at first, but coming up with all 2,465 possible combinations may present a bit of a challenge.

Four Letters is a simple word game, but its simplicity is actually what makes it special. The depth of Four Letters comes from the fact that there are so few right answers. Four Letters doesn’t care how many two or three letter words you may see in a jumble. The only thing that matters is how fast you can find one of maybe two possible solutions. This, coupled with the game’s ever present countdown timer, makes for a frantic and challenging experience.

Four Letter’s has a bright and engaging esthetic. The menus and backgrounds are lovely pastels, while the game takes place on a stark, white canvas. This helps to alleviate any distractions and makes the boldly colored letters pop.

Each session of Four Letters begins with four random characters appearing in the center of your screen. The object of the game is to use all four of the presented letters to form a word. As you make your selection, a timer, in the form of a circle encompassing the letters, will begin to count down. If the timer runs out, it’s game over. Luckily every successful word will restore a bit of your expended time. If this time extension ever overfills the circle, you will receive a point bonus as well.

Mechanically, the game is very responsive. The letters are large, which makes them easy to hit, and if you ever do make a mistake, you can simply hit where the letter used to be to quickly undo it. The game will also rearrange the letters if you enter a word that isn’t in its dictionary. This is a nice touch, as it can bring new insight to possible words. 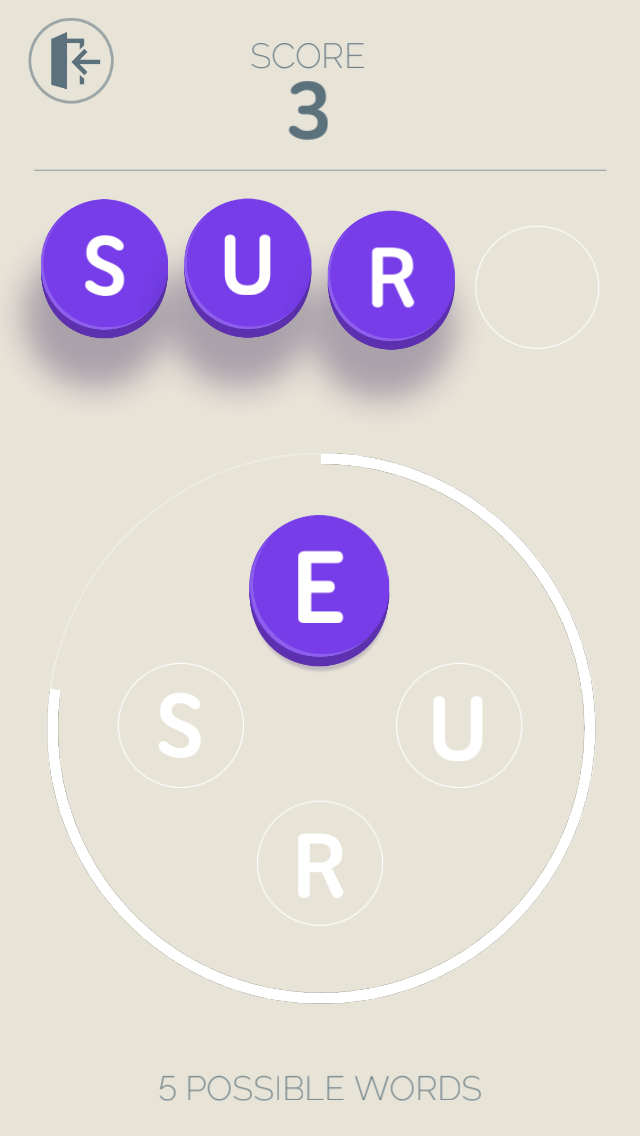 Four Letters offers tons of stat tracking, which is something I’m always looking for in word games. It covers everything from how many games you’ve played, down to how many seconds you’ve spent spelling. It even keeps track of your average score, the word you’ve spelled the fastest, and the number of unique words you’ve spelled versus your total. By far the coolest thing about Four Letters’ stats, though, is that it shows how many words you have spelled out of all possible four letter combinations. 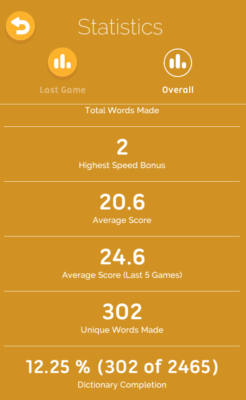 Four Letters only has a few drawbacks, but for some, they might be deal breakers. For starters, this game has no Game Center support, which means that the main way to challenge friends is by posting your high scores via Facebook or Twitter. The developer has also included the option to message people directly, but this game is sorely missing leaderboards and direct challenges. The game’s ad supported structure may be a bit of a turn off as well.

You can download Four Letters for free, and your first few games will be blissfully unencumbered by ads. This is only temporary though, and after about 10 minutes you’ll get your first banner. These ads don’t affect gameplay because they take up a rather small area, but the flashing images can be really distracting. Full screen ads will also make an occasional appearance in between games. You can make an in-app purchase of $2.99 to disable ads, but this only affects third-party submissions. The app will still display news, notices, and cross promotions, which makes the $2.99 asking price more than a little ridiculous.

This game is solidly made and just fresh enough to distinguish it from other word games. While it is fun to play by yourself, Four Letters really shines when you have someone to challenge. This game is definitely worth checking out, but I have to recommend against the ad removal until Prodigy Design also removes cross promotions as part of the deal.

Text Twist is reminiscent of Four Letter’s gameplay, while Ruzzle is another fun, competitive word game.