There is no shortage of puzzle games available on the App Store, and it is becoming harder and harder for them to distinguish themselves from the pack. MildMania’s rop seeks to do so with a stark design philosophy and some of the most difficult and satisfying puzzles I have seen on an Apple device. This game isn’t an instant recommendation though, as those silky smooth puzzles come with some very rough edges.

The idea behind rop is a simple one. You are presented with a shape and must recreate it with the provided tools. Each puzzle in rop consists of nodes connected by strings. The player must move these nodes in order to stretch and pull the strings into the correct shape. This idea is somewhat similar to other puzzle games, but rop’s attention to detail and physics make it stand out. 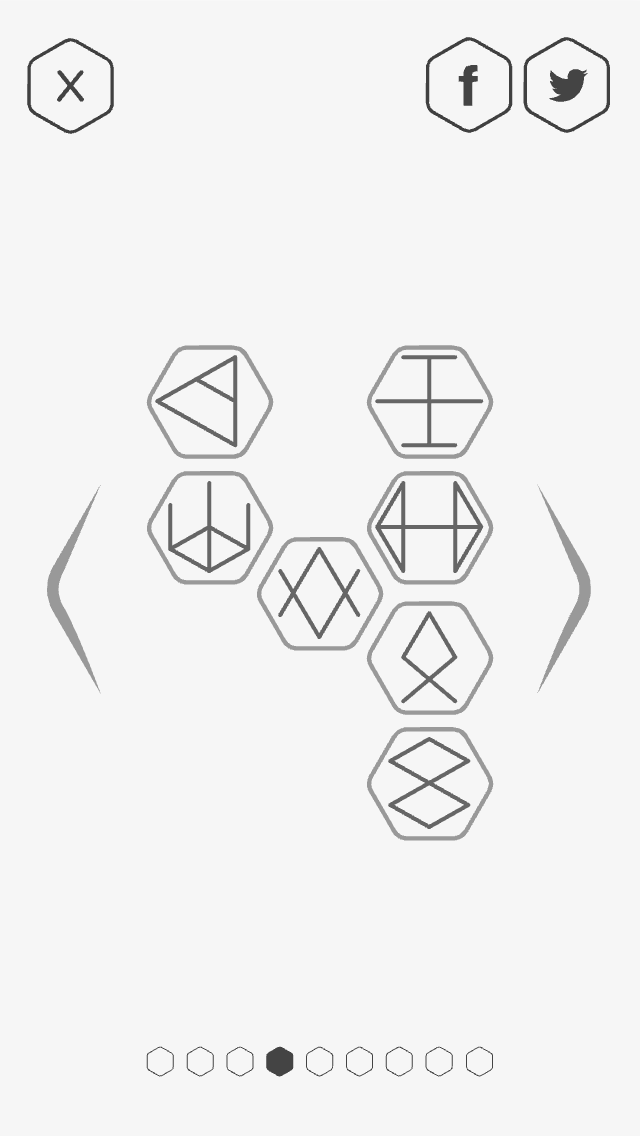 Puzzle games seldom rely on graphics, but rop has taken this a step further with a very minimalistic design. Sharply contrasted black and white images are all rop offers visually, and the music is rather dower and repetitive. I believe this is done to make the puzzles shine as the game’s star, but that isn’t to say rop lacks personality. For instance, the game is started by pulling a string which reacts very much like a shade, and the level select screen forms the number corresponding to the level pack you are in. 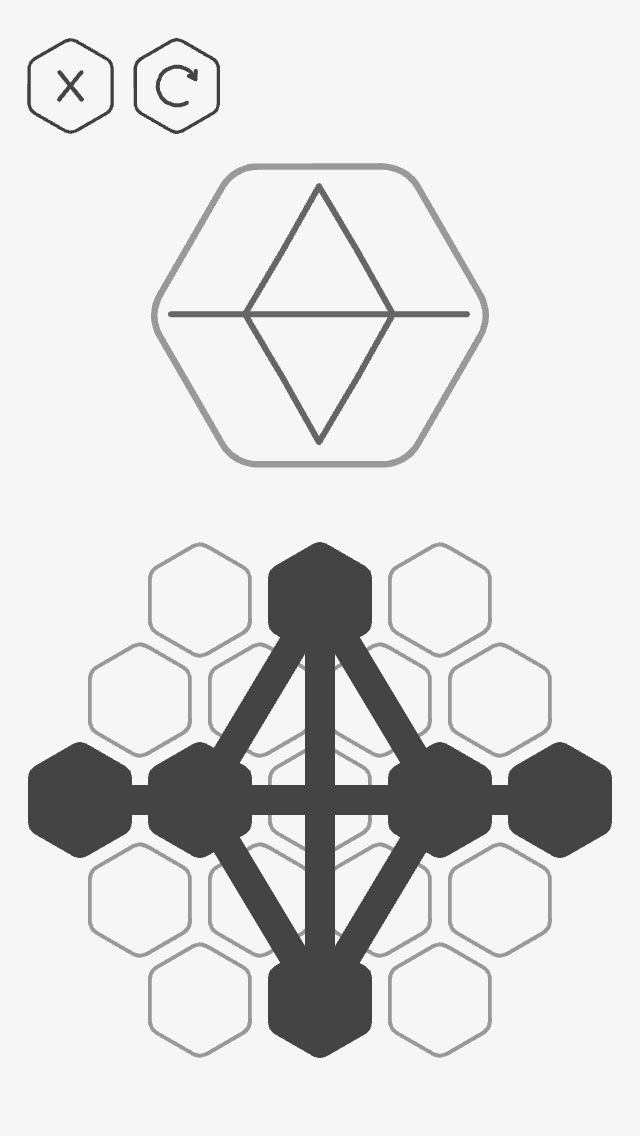 The gameplay in rop is very straightforward. Each puzzle presents you with a five block wide hexagonal grid that contains several connected nodes. This grid is mirrored above the playing field by another hexagon. This hexagon, however, contains a shape. The object of rop is to recreate the shape you have been given in your own hexagonal field. To do so, the player must move the provided nodes in order to ascertain how they are connected to one another.

The end goal is to determine how these connecting lines can be positioned in the same manner as the above shape. The puzzles themselves can be very tricky, but the real difficulty comes from MildMania’s decision to disallow level skipping, and to not include a hint system.

The puzzles in rop are so well crafted that the solution always feels just out of reach. Each rope you move feels like the one that will make sense of the entire puzzle, and that feeling is exactly what I’m looking for in a puzzle game. The difficulty also means that rop nails another important aspect of puzzle games: a genuine feeling of accomplishment at the sight of each conquered challenge.

The music can be downright depressing to listen to for a long time, and the noise that you hear when making an invalid move is terrible. Thankfully, the options menu allows you to turn off both the background music and sound effects. The difficulty, however, cannot be adjusted, and for many, that is going to be the worst thing about this game.

Weighing in at 77 levels, rop will take you just about two or three hours to complete. This is already a healthy amount of content for a puzzle game, but rop also has a section roped off for more puzzles to come. Though it has no replay value, the prospect of additional levels makes this game a steal at its current price of $0.99.

For better or for worse, rop is one of the most difficult puzzle games on the App Store. I thoroughly enjoyed its unforgiving nature, but this game certainly isn’t for everyone. If you are up for a challenge and are unperturbed by rop’s lack of level skipping or nonexistent hint system, then you have to check this game out.

Block, Block, Block and God of Light are both reminiscent of rop’s gameplay and puzzle structure.