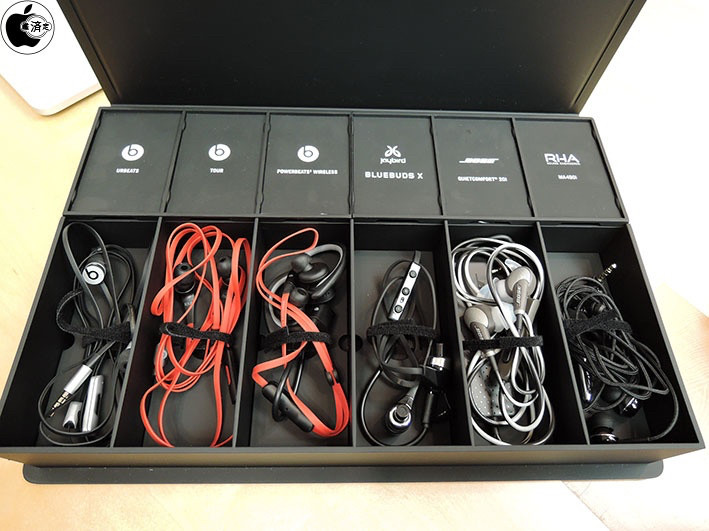 Following a report last month, Japan-based blog Macotakara was able to snag a look at the kit Apple Store employees will use to allow customers to try-on in-ear headphones before making a purchase.

The urBeats, Beats Tour, and PowerBeats 2 Wireless, all made by the Apple-owned Beats Electronics, and the RHA MA450i, JayBird BlueBuds X, and the Bose QC20, are seen in the kit that Apple Store employees will use to help present to customers.

There’s obviously a health risk with letting thousands of people try on headphones that go inside a person’s ear – ew. However, a previous report described Apple Store employees will wipe down the headphones after each use.

When trying on the headphones, customers will be encouraged to plug the headphones into their iPhone or iPod to sample the quality before making their purchase decision. Apple has long offered the ability for customers to try on over-the-ear headphones in its Stores, primarily from the Beats brand.

It’s not clear when the sample kits will be rolling out to Apple Stores around the world, however we’ll keep an eye out.