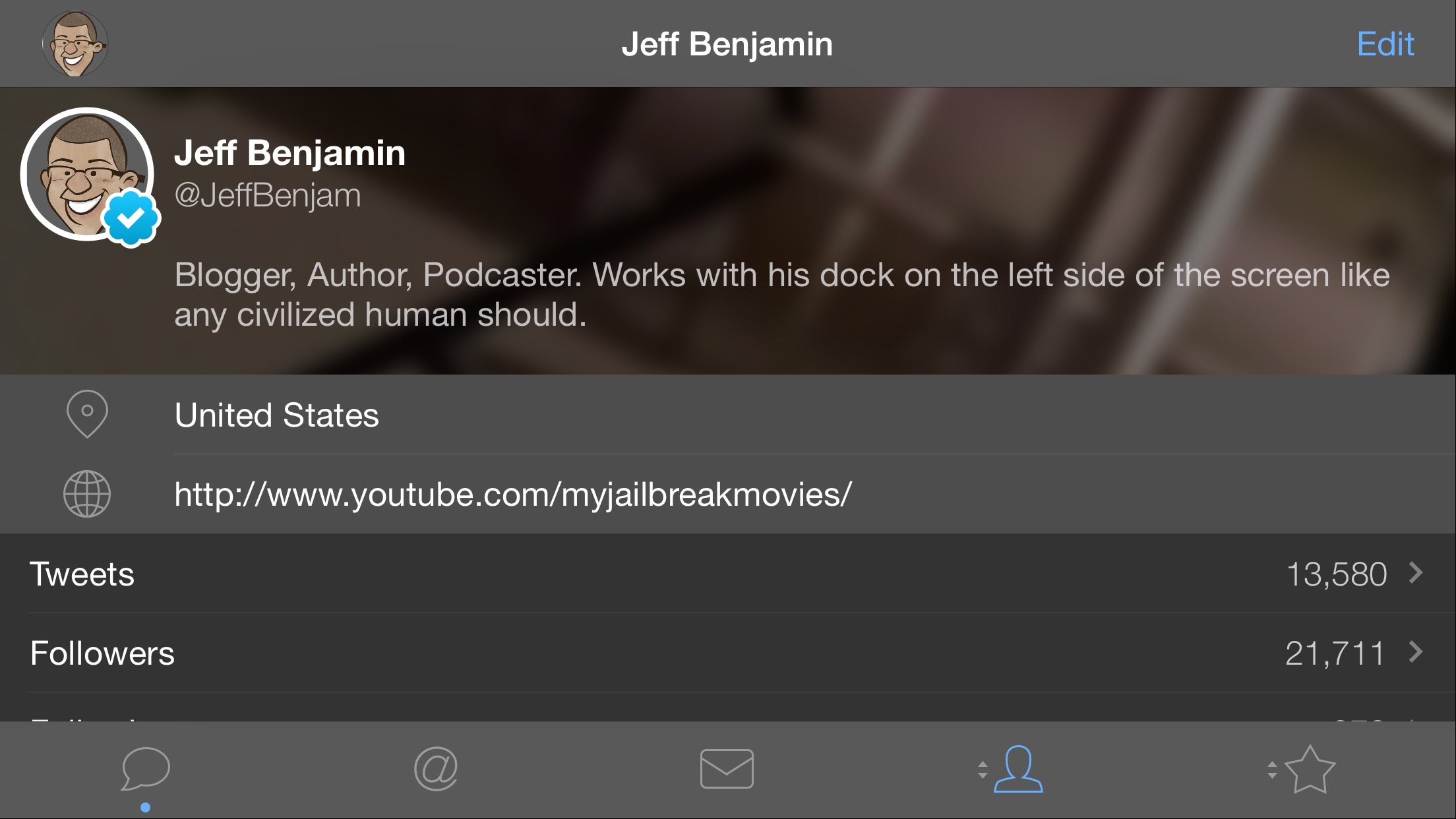 Recently, I’ve started using the official Twitter app more. I like some of the features that the Twitter app has, such as native access to see who’s favorited your tweets, notifications on an individual user basis, native video support, etc.

But even with all of those features, I still find myself going back to Tweetbot 3. The user experience found in Tweetbot is so much more thought-out and refined, and the animations, sounds and graphics are charming. Needless to say, despite its limitations, I always go back to Tweetbot.

If you feel the same way that I do, and you’re jailbroken, then Tweetbot+ will certainly be of interest to you. It brings many new features to the table to enhance the Tweetbot 3 experience, such as cellular streaming, native favorite access, landscape mode, and more. Our full video walkthrough showcases all of the major features.

Once you install Tweetbot+, head over to the app’s settings, and you should see a new menu option for the tweak. Inside of the Tweetbot+ menu, you’ll find a variety of different features to choose from. 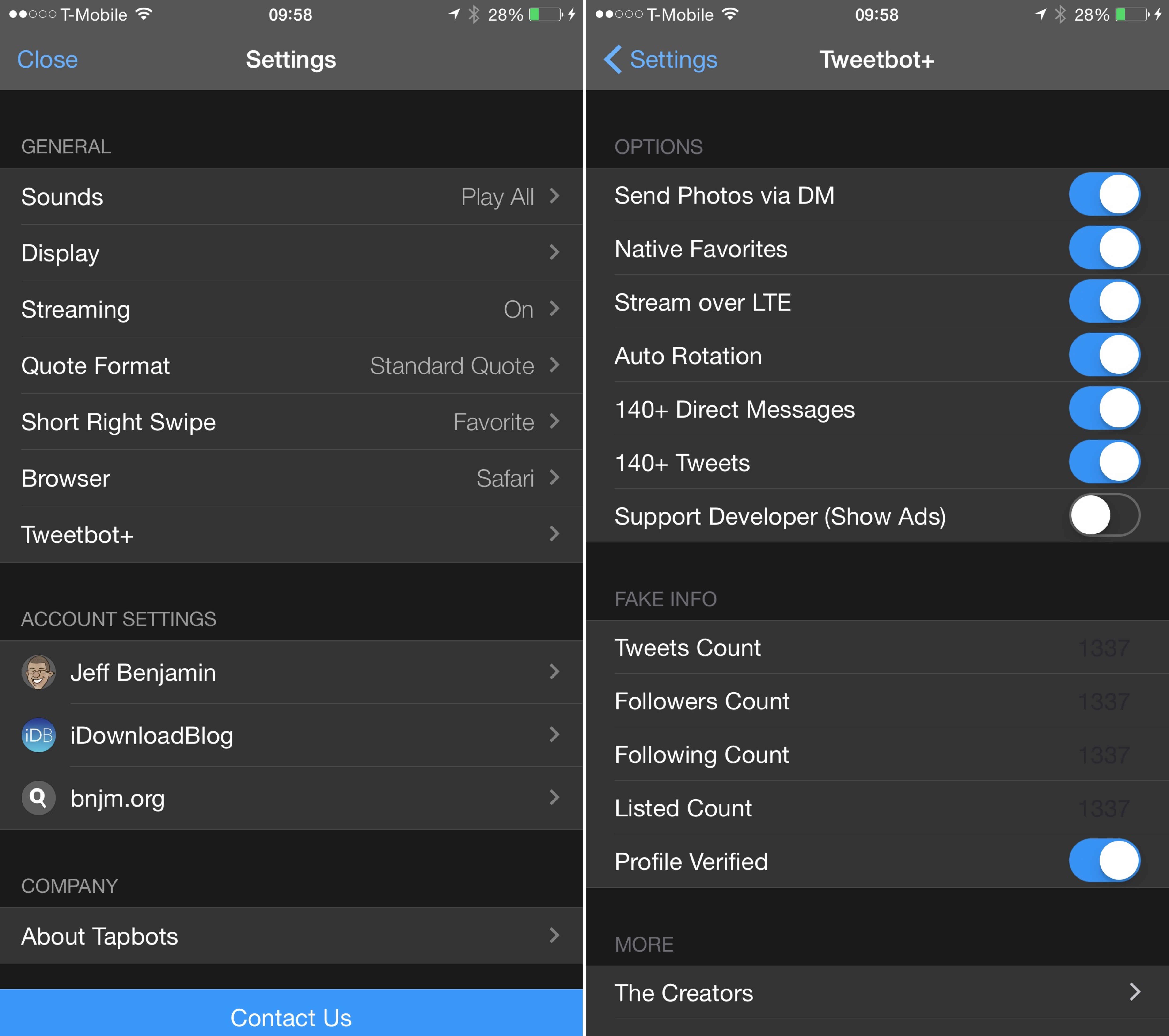 Along with the aforementioned features, there the ability to send photos via DM, send more than 140 characters via DMs and tweets, and even a section for beefing up your Twitter profile with fake information.

The fake info section of Tweetbot+ only applies locally, so don’t get any big ideas. It’s cool if you want to play a prank on your friends, but obviously it’s not something that actually propagates out to Twitter.

It’s quite possible that you may be like me and won’t use all of the features that Tweetbot+ brings to the table, but I guarantee that you’ll find at least one or two features that you deem useful. I personally love to have native favorite access, and that’s something that we’ll likely never see in a third-party app due to it being a private API call.

I also highly enjoy landscape mode, although it causes the status bar to hide, which is kind of a bummer for those of us that like to use tap-to-scroll to quickly navigate to the top of the screen. (By the way, landscape support is coming in an official Tweetbot update soon.)

Tweetbot+ is a free jailbreak tweak, and it’s a great way to enhance Tweetbot if you’re jailbroken. Developer Majd Alfhaily, who is an all around awesome guy, even says that he’s working on adding additional features.

What do you think about Tweetbot+? Would you consider using it?