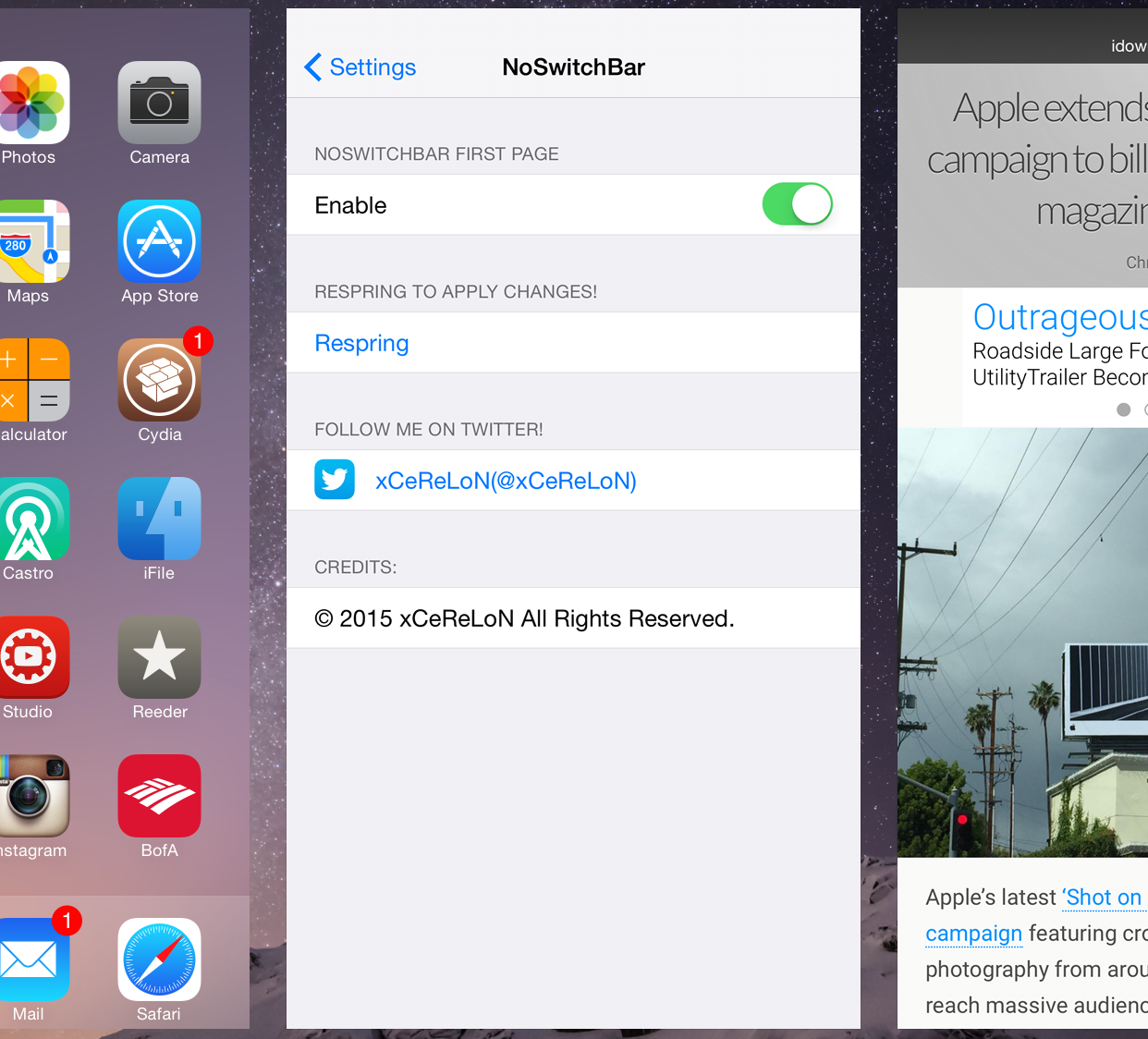 NoSwitchBar is a brand new free jailbreak tweak that just touched down on the Cydia store. It lets users eschew the status bar at the top of the app card previews in the App Switcher, allowing for a cleaner look.

You may have noticed that on stock iOS, the status bar is displayed for all of the App Switcher cards when invoking the App Switcher. Not only is this redundant, but it makes the interface look unnecessarily messy.

Instead, wouldn’t it be cool if you could completely remove the app switcher from the cards in the switcher? After installing NoSwitchBar, you can do just that. 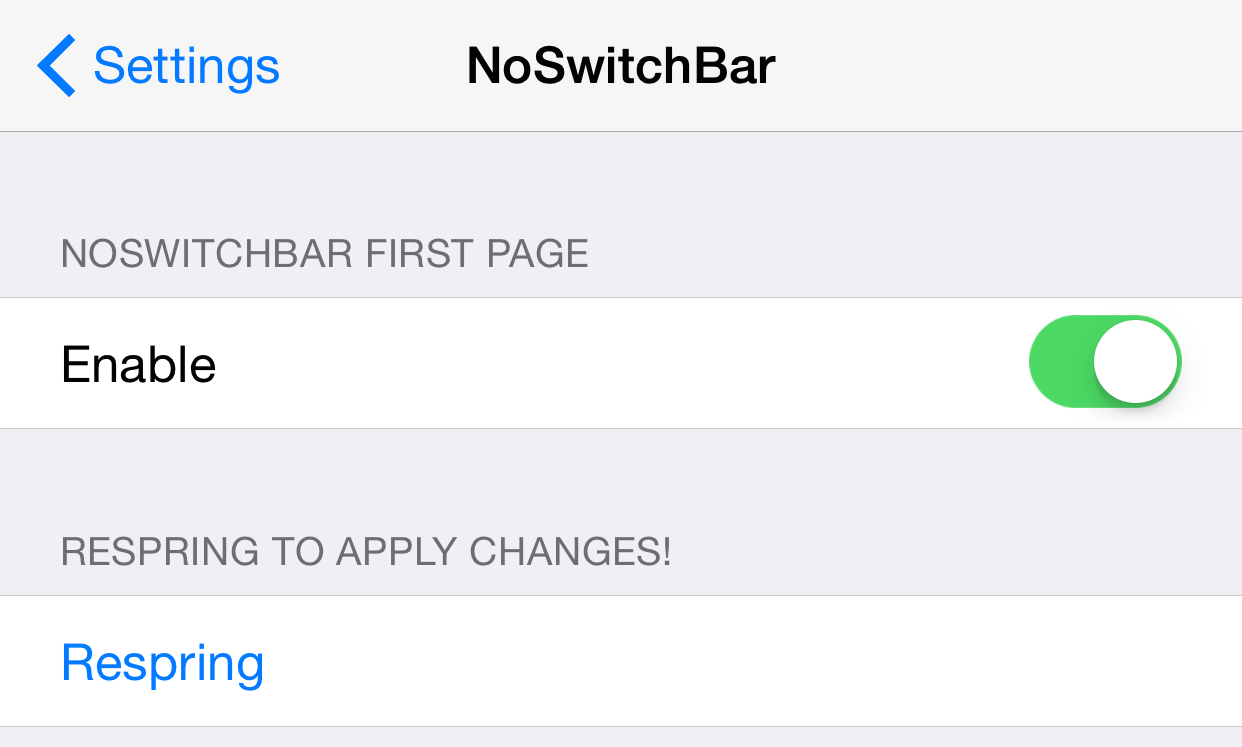 The tweak, which places a preference panel for setup in the stock Settings app, features a simple kill-switch and respring button. When the tweak is enabled, the status bar at the top of the App Switcher cards is removed. 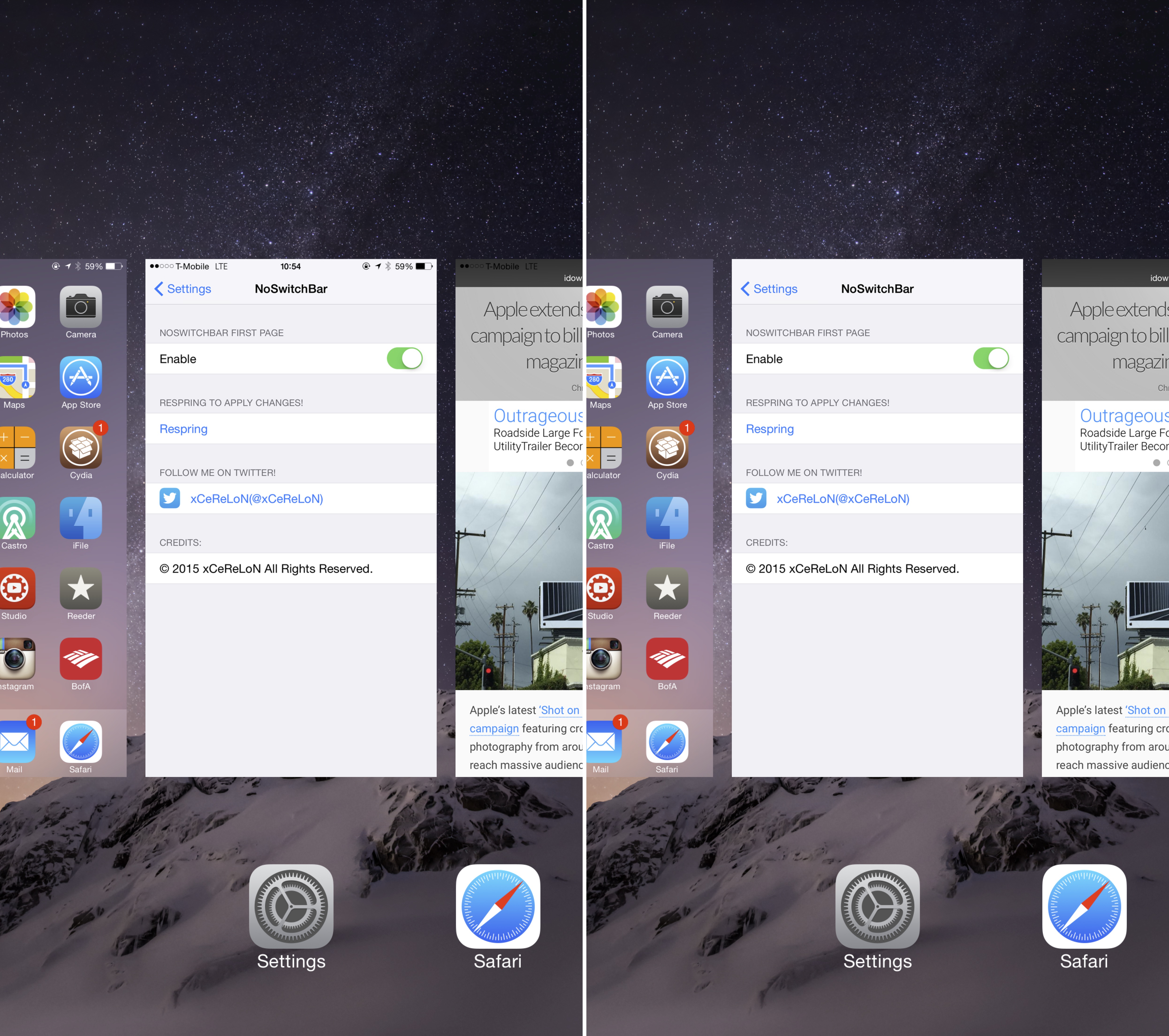 Obviously, this isn’t the type of tweak that provides sweeping functionality improvements, but it can definitely lend you a more streamlined looking App Switcher, especially if combined with other aesthetically-oriented tweaks.

You can find NoSwitchBar free of charge on Cydia’s BigBoss repo. Please take the time to share your thoughts on the tweak down below in the comments section.