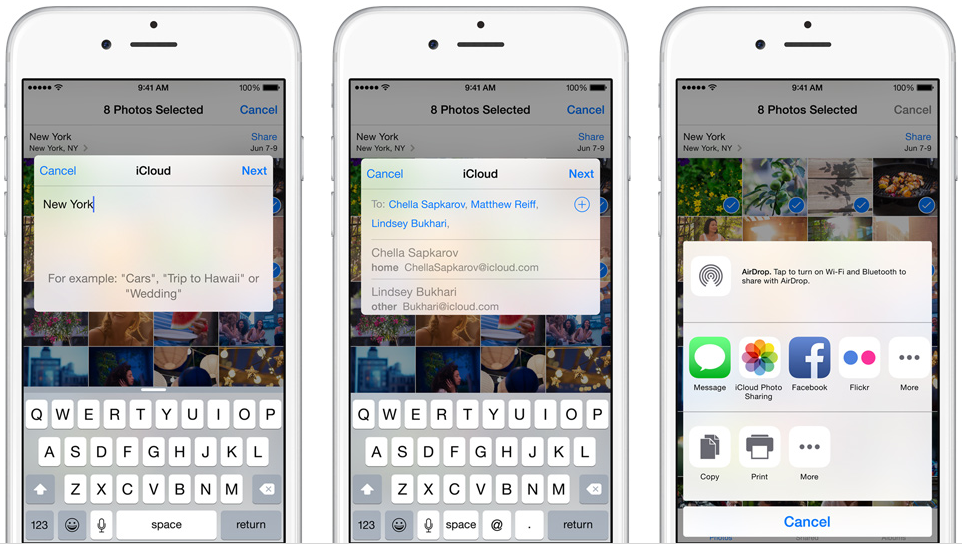 If you’re a frequent reader then you may remember my thoughts on Apple’s iCloud Photo Library beta and my lack of faith in Apple and its ability to keep my photos safe. Nobody wants to lose photographs of their kids or loved ones because Apple’s cloud solution had a meltdown one day.

And I just don’t have any expectation of that not happening at some point.

During my time spent testing iCloud Photo Library I rediscovered one feature that I had actually forgotten about since the days of the iOS 7 betas. It was as feature that I never made great use of at the time because some key members of my family didn’t have iPhones, but now that they do, I decided to revisit it.

The feature I am talking about is iCloud Photo Sharing, and it’s really rather good.

For those who have never looked into it, or like me simply forgot about it, iCloud Photo Sharing allows anyone with the right hardware and software to effectively create a shared album and then give selected people read and write access to it. They can also Like images (or videos for that matter) and comment on them should they see fit. If you give them the required permission they can even upload images and videos themselves, which makes it quite powerful indeed.

My use case is an obvious one, and one that I suspect is duplicated throughout the land.

I created a new shared album simply titled ‘Kids’ and started pushing photos of my two boys into it. I even threw some video into it for good measure and then invited my wife and the kids’ grandparents to both look at and add to the album.

Almost instantly I started getting comments back, and then images added that I hadn’t even seen. Photos that the boys’ grandmother had taken but I had never set eyes on were suddenly available for me to flick through on my iPhone. I could save them, edit them or do pretty much anything I wanted to them. It’s magical, if you’ll allow me one Jony Ive-ism.

You could use the same setup if you go on a family vacation, or you join a group of friends at a concert or sporting event. Anything that revolves around a common interest could be turned into a shared album, and I had forgotten it was even possible.

If I remember rightly one of the reasons I didn’t take to the idea of iCloud Photo Sharing the first time around was that it was easier to just send photos of interest over iMessage. Now though, and I don’t know whether this is just me realizing something obvious or that something has changed, sharing images to any shared album is as quick, if not quicker than iMessage. The option is right there in the Share Sheet, and it couldn’t be simpler to use.

At this point, I’m more than ready for the barrage of comments that ask where I’ve been for the last 18 months and telling me that everyone is already using iCloud Photo Sharing to death. And that’s fine, it really is.

But if just one person reads this and has the same eureka moment that I did then it’s all worth it. Even if I do a bit silly in the process.

It wouldn’t be the first time, after all!