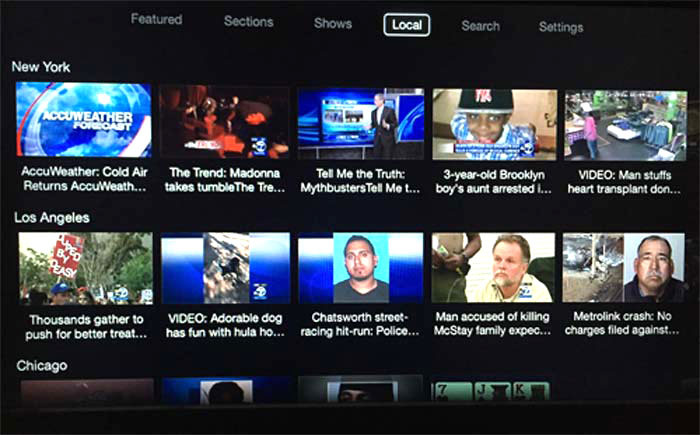 ABC News, which last year debuted its inaugural Apple TV channel in the U.S., is now available to owners of Apple’s $99 set-top box in Germany, no subscription required. As first noted by German blog iFun.de, it includes live and recorded shows and local news broadcasts from major U.S. cities.

Tipsters have confirmed that ABC News is now also available to Apple TV owners in France, the United Kingdom, Hungary, Sweden and other European countries.

The channel provides up to four live streaming events at once so viewers can select and watch live news they care about most. Video news updates on the hour and watchers can expect four to five live reports per day to cover breaking news.

In addition to curated stories and videos highlighting the top news stories of the moment, updated throughout the day, the channel offers 50 years of historical footage from ABC News’ archives, including “This Week in History” and “The Day in Pictures” features.

Last summer, ABC News promised to expand availability on the Apple TV worldwide. With today’s expansion to Germany, the broadcaster appears to have started making good on that promise.

It’s a bit surprising to see an American news channel launch for Apple TV owners in Germany while at the same time channels from local broadcasters
such as ARD and ZDF are nowhere to be found on the $99 hockey-puck device.

Over in the United States, ABC News streams most content to the Apple TV free of charge, no cable subscription required whatsoever, sans a few premium shows like Willow TV which requires a $15 per month subscription for full access.