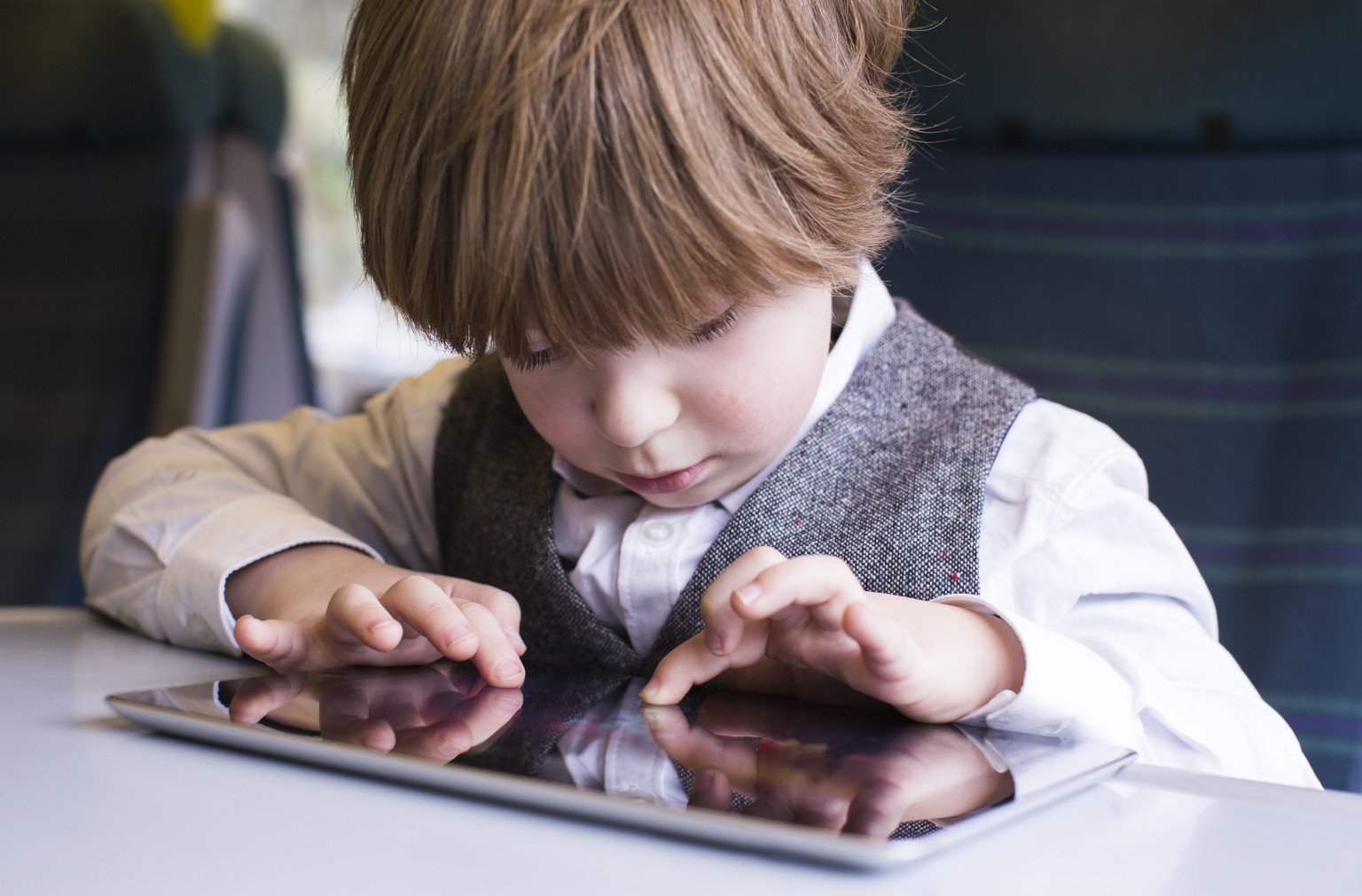 Google just this week released iOS and Android versions of its YouTube apps that are specifically tailored for kids. On the face of it, and especially to those not in possession of a little bundle of joy or two, the move may seem a bit superfluous. If you do happen to have a two-year-old that’s obsessed with watching Thomas the Tank Engine videos though, it’ll make absolutely perfect sense.

In fact, mine loves using the iPad in general, not just for catching up on what latest shenanigans Thomas and his band of merry locomotives have managed to get themselves into. He has games that revolve around Thomas, or Peppa Pig for that matter. He likes to use the app that lets him tap parts of an image and paint it. Sort of like those felt-lined things we used to color in with markers when we were kids. Or at least we did in the UK.

Regardless of whether you had the pleasure of not having to worry about staying between the lines or not, there’s little argument that kids enjoy an iPad, and mine certainly enjoys the iPad 2. I didn’t buy it specifically for him by the way, I’m not that bad. It was handed down for his enjoyment and no doubt subsequent destruction at the hands of a cup of juice. He almost enjoys it too much, but that’s a discussion for another time.

What I want to discuss right now is the lack of user accounts on iOS devices.

Now I know this has been argued ever since the first iPad put in its much anticipated appearance back in 2010, but I’m going to get into it again now. Partly because it’s just starting to affect me, and so now I suddenly care, but mostly because it’s the kind of feature many thought would get added in due course. Yet here we are, iOS 8 and a handful of hardware revisions later and still we’re bereft of user accounts on iOS. It may not matter on an iPhone because it’s an inherently personal device, but tablets? Well, they’re not.

So why do I suddenly have a bee in my bonnet about user accounts, or the lack thereof? Well, I’m sick and tired of things going missing.

Now I know that at least 100% of you are now screaming at your screens that I should enable the various parental controls that Apple has seen fit to add to iOS over the years, and to a point you’re right. I can stop apps from being deleted easily enough right there. It’s not rocket science.

Oh, and I can stop photos from appearing in Photo Stream by turning it off. I can stop Dropbox files from going walkabout by either deleting the app or protecting it with a PIN. But that doesn’t cover the other apps that I have signed into Dropbox, and not all have a PIN feature to enable.

More importantly, I shouldn’t need to do all this at all.

See, while the iPad 2 in the household is ostensibly the boy’s, it also gets used by my wife when needed and I pick it up when the iPad mini 2 is hiding in my bag or wherever I threw it after another failure playing AG Drive. So, it needs to have Photo Stream on. It needs Dropbox. It needs my apps and yes, I need to be able to manage the 16GB of storage by deleting things. I’m human, and have been known to forget things every once in a while. Forget to turn parental controls back on after a marathon app purge and the boy continues my take-no-prisoners cull for me, whether I want him to or not.

I’m acutely aware that some of the problems can be fixed by fiddling, by remembering to flick switches each and every time I use the iPad in question and just generally being better at everything. I know that Guided Access will stop him from being able to switch out of whatever app I launch for him too. Apart from he constantly wants to switch between his favorite apps in a seemingly bi-minute basis. It’s doable, yes. Is it realistic? Not on your life.

Maybe I shouldn’t have such high expectations, but that’s not the kind of thinking we tend to follow as Apple fans and users.

What’s so infuriating is that all of this could be so easily fixed with a feature to switch accounts. I could have my account, with all the bells and whistles turned on. I could have one that my wife has set up for her accounts, and I could have another that has my son’s games installed and whatever apps I choose available to him. I could, if I wanted, even stop Wi-Fi from working on a per-account basis too, but maybe I’m thinking too much at this point.

It’s this kind of thing that I expect Apple to excel at – giving users the power to do what suits their circumstances. Instead we get ads that show people making movies or musicians peddling Garageband-inspired music. All I want is a way to lock the thing down depending on who uses the thing.

Is it really too much to ask in 2015, of a company that seems to reckon it can make electric cars?

Oh, and before everyone starts; yes I know letting a 2-year-old use an iPad will stunt his growth, make him single for his entire life and stop him from ever getting a job. He’ll probably grow up to be a mute recluse too. We all know iPads do that.