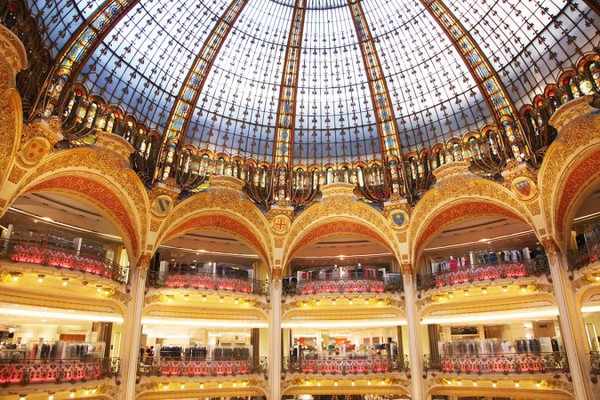 French website Mac4Ever is alleging, via MacRumors, that Apple may be building a small booth for its Watch at Galeries Lafayette, a high-end department store in Paris. Located on Boulevard Haussmann in the 9th arrondissement of Paris, the Watch display should be located on the department store’s first floor.

Furthermore, it might expand to other stores along the Avenue des Champs-Élysées, as claimed by French media outlets.

Part of the company Groupe Galeries Lafayette, the upmarket department store recorded earnings of over one billion euro, or about $1.14 billion, back in 2009. The 10-story structure hosts a popular weekly free fashion show for visitors, making it the perfect outlet for selling Watches to Apple’s affluent consumers.

The image below taken by the fashion website FashionMag.com (Google Translate) show white tarps that are covering the rumored Apple Watch booth, which is still being constructed. 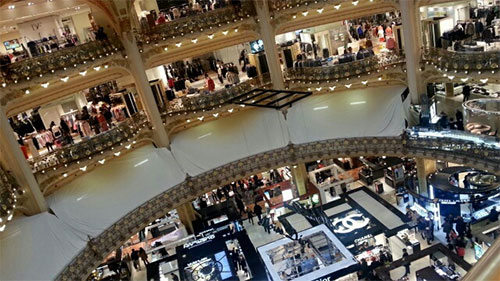 Apple’s new retail chief Angela Ahrendts is said to be personally involved in the project, which apparently spans the space occupied by several jewelry shops and four balconies within the Galeries Lafayette,just near the stores of Celine Saint Laurent and Miu Miu.

As previously reported, Apple is making some changes to its own stores ahead of the Watch’s launch in April. In addition to a dedicated Watch section within Apple Stores, one report has alleged that the Apple Watch Edition (the gold version) will be housed in safes overnight, outfitted with MagSafe units for overnight charging.

Also, the stores will reportedly use special Apple-developed weight scales to weigh the amount of gold in individual Apple Watch Edition variants.