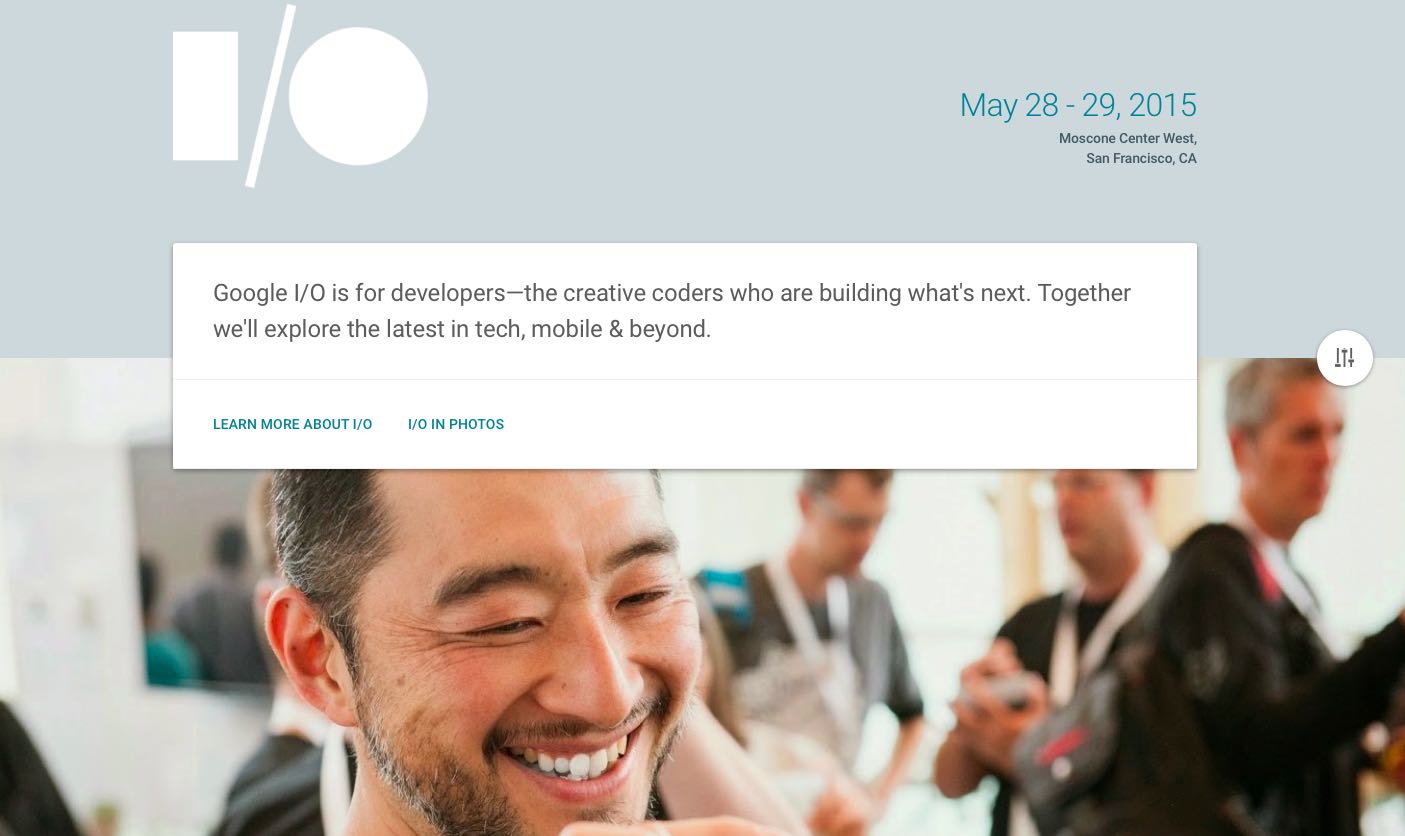 Google I/O, the search giant’s annual conference for developers akin to Apple’s WWDC, is due this year May 28-29 in San Francisco’s Moscone Center West.

Sundar Pichai, Google’s Vice President of Android, Chrome and Google Apps, announced in a post over at Google+ that registration will open on March 17, 2015 at 9am PDT.

“Applicants will be selected at random to receive the opportunity to purchase one ticket,” Google assured. “The order in which applications are received has no bearing on the outcome and remember, only one registration application per person is allowed.”

Annual conferences like Google I/O are important as they allow Google to share major platform developments with its developers, fans and analysts, allowing people who build applications on the Google platform to prepare for what’s next.

Last year’s I/O, for example, brought us Android’s car play, the major Android Lollipop upgrade, Google’s Material Design across the web, desktop and mobile, a version of Android for smartwatches and wearable devices, the Google Fit and Android TV platforms and more.

The conference is especially important in the greater scheme of things, given the Apple-Google rivalry and the fact that Apple now poses something of an existential threat to Android due to strong sales of phablet-class iPhone 6 devices.

Last year’s event was live-streamed via YouTube so there’s no reason to suspect that millions of people and many, many bloggers and journalists won’t be watching Google I/O this year.

The keynote and all I/O 2014 sessions are available at google.com/io.

For more info, point your browser at events.google.com/io2015.