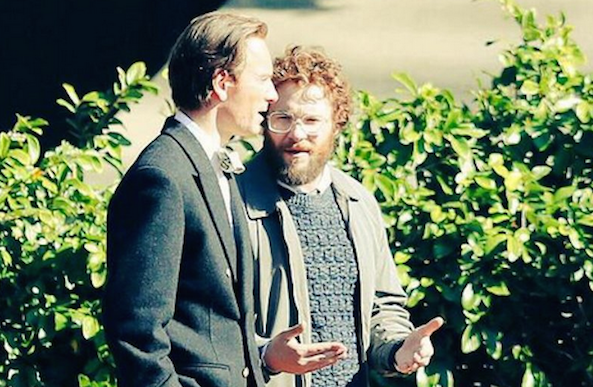 Universal Pictures announced on Wednesday that the Steve Jobs biopic will be released on Friday, October 9, 2015, written by Aaron Sorkin and based on the best selling biography by Walter Isaacson.

Directed by Danny Boyle, the film is finally getting a solid release date after setbacks and filming has begun at Jobs’ childhood home in Los Altos, California. Sony had originally been set to produce the film, but the company dropped it and Universal Pictures took it up.

The film will be centered around three pivotal moments in Apple’s history: the debut of the original Macintosh, the unveiling of the NeXT computer, and the introduction of the iPod.

Photos of Fassbender as Jobs and Rogen as Wozniak in early filming, leaked over the weekend.