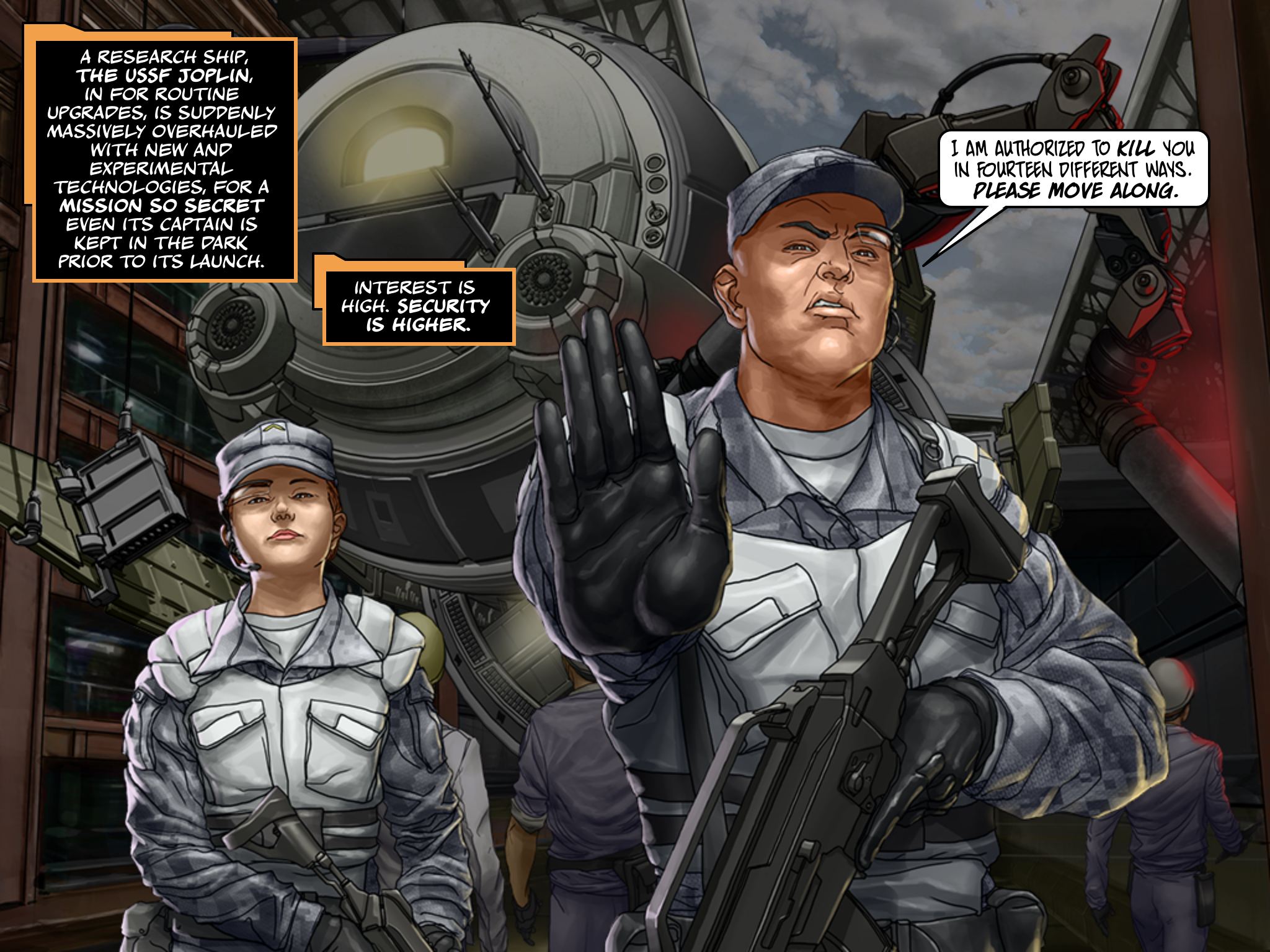 Science fiction fans are sure to know Scalzi’s Old Man’s War, which is the story of an aging citizen that decides to join the army to defend Earth against alien invasion and help discover new planets to colonize.

Midnight Rises is a new book by the famous sci-fi author. This adventure features a redheaded hero on an interstellar research facility that is about to embark on a dangerous mission. Not only is this book written by Scalzi, but it also features artwork by comic book legend Mike Choi, most famous for his illustrations on Witchblade, X23, and Astonishing Thor.

The book is quite different from your typical panel-based digital or print comic. Each page is an animated window into a scene. Users tap one side of the screen to move along in the story, but you won’t exactly be turning the page in this comic. 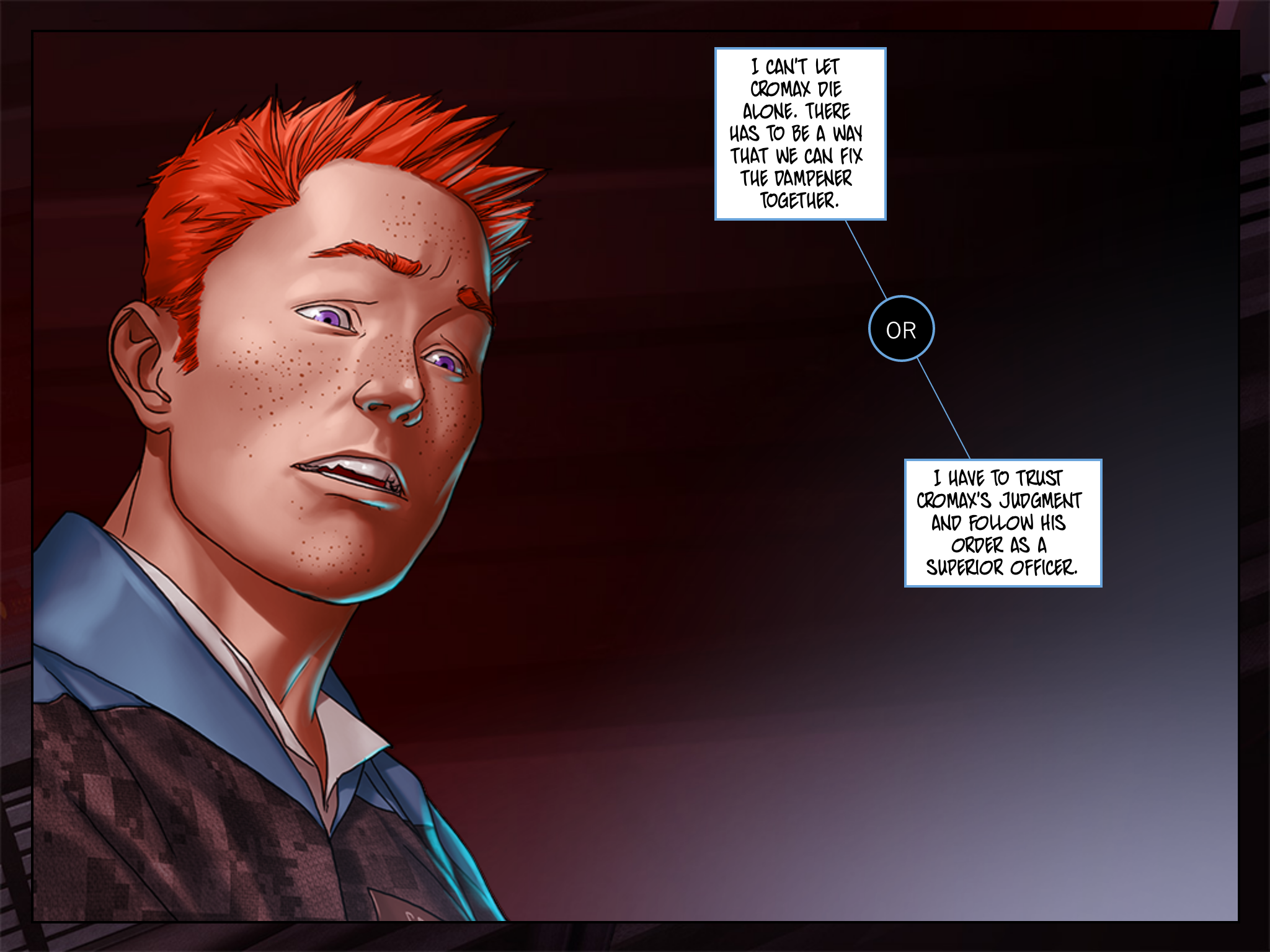 Instead, panels appear overlaid on each other, new conversation bubbles appear, and background art changes with the story. On some pages, users can swipe from left or right on the screen in order to explore a wider landscape. Other pages require the reader to make decisions, like whether to help a friend or obey an order.

As readers meet new characters, their personnel reports are unlocked in the extras section. Visit the extras page to read character biographies, visit the in-app store to purchase additional chapters in the story, and find out more about the Midnight Star game, which this comic is a tie-in for. 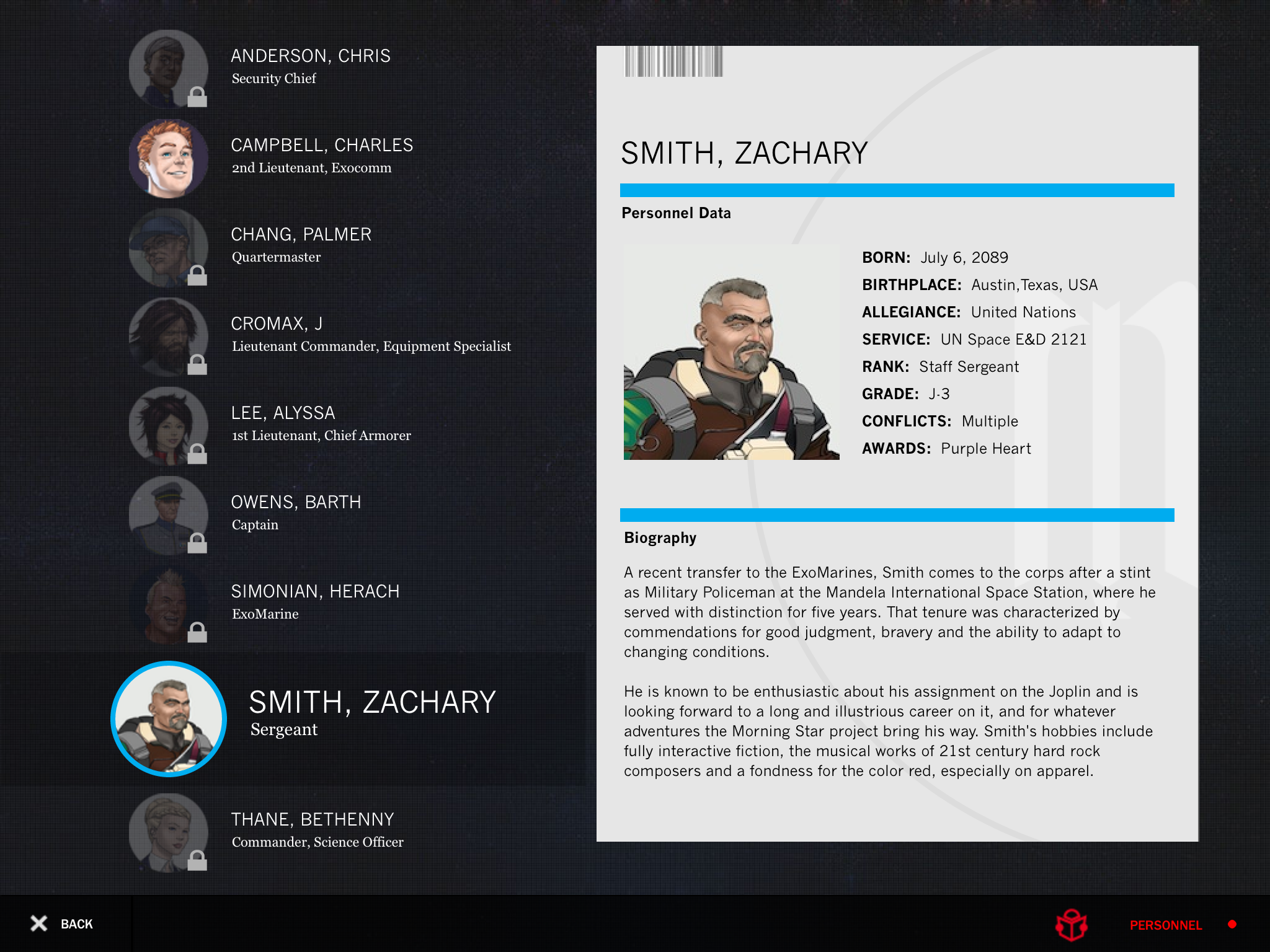 Midnight Star is a mobile shooter scheduled to launch later this week on iOS. This comic book will reveal events that lead up to the story in the video game. Readers can unlock special bonus items that can be used in the game.

Once you make it through the first chapter, which is about the length of a full comic book, you can unlock chapters two and three for $0.99 each. Two dollars is a fair price for three full comics. Plus, the bonuses you receive for reading the books are useful in the upcoming related video game.

The first chapter of Midnight Rises is available on the iPhone, iPad, and iPod touch for free. Download it in the App Store today.

What do you think of this interactive comic book? Let us know in the comments below.