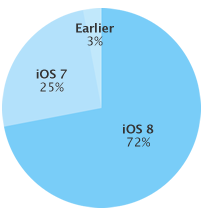 According to the official App Store Distribution data as of yesterday, iOS 8 is now running on 72 percent of iPhone, iPod touch and iPad devices in the wild.

That’s up notably over the 69 percent figure recorded just two weeks ago, when iOS 8 adoption rates were slowing in the post-holiday season.

By comparison, Google’s own Developer Dashboards webpage was refreshed yesterday and now shows Android 5.0 Lollipop as finally making a blip on the radar, with the operating system recording a tiny 1.6 percent share of the current Android install base.

Compared to two weeks ago, iOS 7 has dropped from 28 percent to 25 percent of iPhones, iPod touches and iPads, with older versions of iOS still found on three percent of devices like before.

iOS 8.1.3 “reduces the amount of storage required to perform a software update,” as per release notes. Still, it won’t be of much help to owners of 8 or 16-gigabyte devices that run iOS 7: they’re still going to experience issues upgrading to iOS 8 over-the-air due to insufficient free storage. 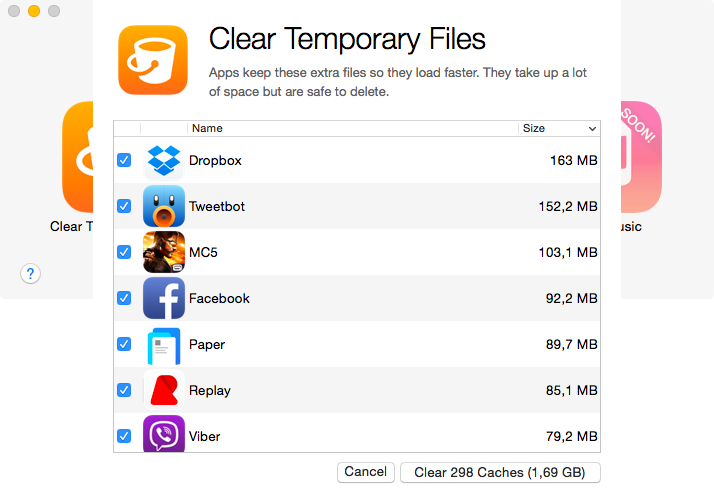 The problem can be mitigated by applying the software update through desktop iTunes, or by freeing up ‘Other’ storage on an iOS device using third-party software like Phone Expander for Mac, pictured right above.

Both Apple and Google measure their stats by capturing data from devices that access their respective application stores. In the case of Google, however, their data excludes devices running versions of Android older than 2.2 and any hardware which doesn’t access Google Play service.

For example, gadgets like Amazon’s Fire tablets and phones, which run a forked version of Android, are not counted. Nor are inexpensive Chinese handsets that come preloaded with third-party application stores.

Research firms like IDC and Gartner typically tuck the devices without Google Play services under the ‘Other’ category, collectively responsible for as much as forty percent of total Android device shipments.

Following a developer preview of Android Lollipop was rolled out last summer, the first device with Lollipop preloaded hit three months ago. It wasn’t until today that Verizon Wireless finally began rolling out the Android 5.0 Lollipop update to the Galaxy S5 owners in the United States.

Meanwhile, HTC said yesterday that the carrier versions of the One (M8) and One (M7) won’t be getting their Lollipop update because the Taiwanese handset maker has missed its self-imposed 90 day goal for Lollipop updates.